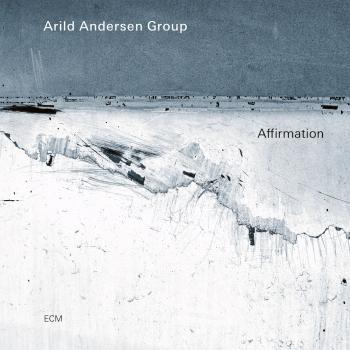 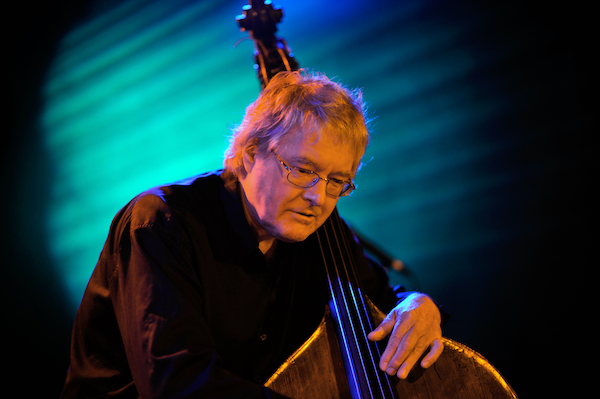 Arild Andersen
Born in Norway October 27-1945. He has been one of Europe’s leading bass player for more than 30 years. Andersen started out as a member of Jan Garbarek Quartet(67-73). The group also included Terje Rypdal and Jon Christensen.In the same period he also worked with Norwegian singer Karin Krog and played in the rhythm section for visiting American musicians such as; Phil Woods, Dexter Gordon, Hampton Hawes, Johnny Griffin, Sonny Rollins, and Chick Corea. He also worked with Don Cherry and George Russell in this years.
In 1972-74 he visited New York several times and worked with Stan Getz Quartet, Sam Rivers trio, Sheila Jordan, Steve Kuhn and Paul Bley. In 1974 Arild Andersen formed his own quartet. The band toured Scandinavia and Europe and recorded 3 albums for ECM with this band. He also had a band together with singer Radka Toneff in the late 70-ties and early 80-ties.
In 1980 Arild Andersen put together a band that included Kenny Wheeler,Paul Motian,and Steve Dobrogosz(Lifelines-ECM). In -81 he had a band with Alphonse Mouzon, Bill Frisell and John Taylor (A Molde Concert ,ECM). This band also toured Europe in -83, this time with John Abercrombie on guitar.
1982 he formed «The Arild Andersen Quintet» with Jon Christensen dr. Jon Balke p, Tore Brunborg sax, Nils Petter Molvær tp. The band changed name later to «Masqualero». This band was in the forefront of European jazz for 10 years ,the last years as quartet without piano. Masqualero toured USA, Canada, East and West Europe and made four albums ,one for the Norwegian label «Odin » and three for ECM. Three of the albums won the Norwegian «Grammy»award. Arild Andersen released in 1993 a trio recording with Ralph Towner and Nana Vasconcelos, "If You Look Far Enough" on ECM.
Over the last years Arild Andersen has also spent time investing the possibility of combining traditional Norwegian folk music with improvised music. He started in 1988 a collaboration with singer Kirsten Braaten Berg, one of the leading artists in Norwegian folk music. This lead to the successful work «Sagn» premiered in -90 and performed more than 40 times including Town Hall, New York, Germany and Scandinavia. «Sagn» was recorded -91 on The Norwegian label «Kirkelig Kulturverksted» and later released on ECM. In 93 he premiered a new work called «Arv», also recorded on Kirkelig Kulturverksted.
In 1994 he wrote music for a theatre version on the Nobel prized trilogy «Kristin Lavransdatter» by Sigrid Undset. This also lead to several performances of the concert version of the music and a recording for Kirkelig Kulturverksted. Arild Andersens work » Hyperborean» , commissioned by » The Molde International Jazz festival» premiered in 95 .This was a 9-piece band including the Norwegian string quartet Cikada. The music was recorded in October-96 and was released in September 1997 by ECM.
1998 he formed a trio together with German trumpeter Markus Stockhausen and French percussion-player Patrice Heral. This trio+ Terje Rypdal as a guest, made a CD called ”Karta”, released sept 2000 by ECM.
1999 Andersen started a trio with English drummer John Marshall and the Greek piano player Vassilis Tsabroupolos. They released two cd’s on ECM, Achirana 2000 and The Triangle 2004.
In 2001 he played concerts at The Molde International Jazz Festival with Pat Metheney who was ”Artist in Recidence” and Norwegian drummer Paal Nilsen-Love. June 2002 he premiered the music to Sophocles Greek Drama ” Electra ” at the Herodes Theater in Athens. This performance was a part of the Athens Olympic Games cultural issue. The cd of the music was released as ”Electra” by ECM 2005.
In 2004 he started a colaboration with Hungarian Gutarist Ference Snetberger which led to a Quartet recording ”Joyosa” 2004 and a Trio Recording ”Nomad” 2005. In 2002 he became a member of the Dahl/Andersen/Heral trio which recorde two cd’s for Stunt records in Denmark . ”The Sign” and ”Moonwater”.
In 2005 Arild Andersen was ”Artist in Residence” at The Molde Jazz festical with 5 concerts during the week including one Soloconcert, Electra, Snetberger trio and a special project with Kudsi Ergunner and Nana Vasconcelos.
In 2005 he also wrote a commission work for a duo with Saxophonist Tommy Smith. This was called ”Independency” and led to the formation of his new trio with Paolo Vinaccia on drums and Tommy Smith on saxophone. This trio made a live recording at the club Belleville in Oslo autumn 2007. It was released 2008 on ECM ”Live at Belleville”. It got raving reviews around the world and this trio is Arild Andersens main project these days with concerts around the world. Arild Andersen received "Prix du Musicien Européen” 2008 from the ”Academie du Jazz ” in France.
In 2010 he visited Japan for the first time and his trio was claimed by the Japan press to be the highlight of the ”Tokyo International Jazzfestival 2010”. In october 2010 he did four concerts with Scottish National Jazz Orchestra under direction of Tommy Smith. The music was a celebration of ECM with songs recorded on the lable over the years like Keith Jarrett´s My Song, Chick Corea´s Crystal Silence, Dave Holland´s May Dance and more. The Glasgow concert was released on ECM spring 2012 called » Celebration».
January 2014 he released «MIRA» on ECM a new cd with his trio with Paolo Vinaccia and Tommy Smith.
March 2018 he released a Live trio recording in Austria » In House Science» on ECM.