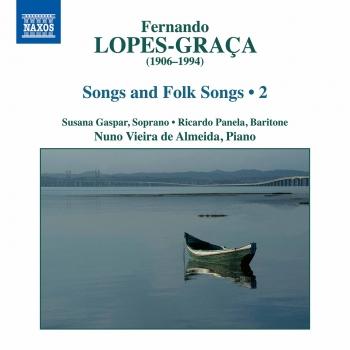 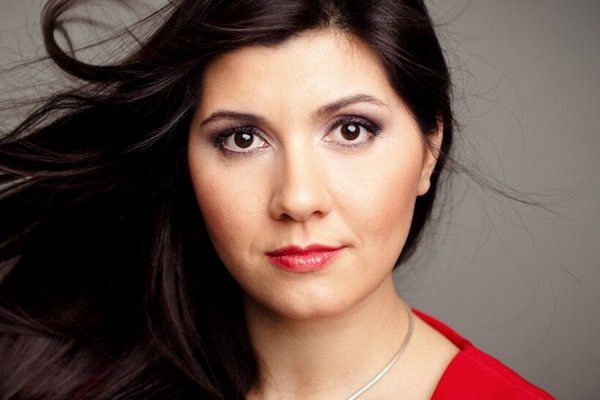 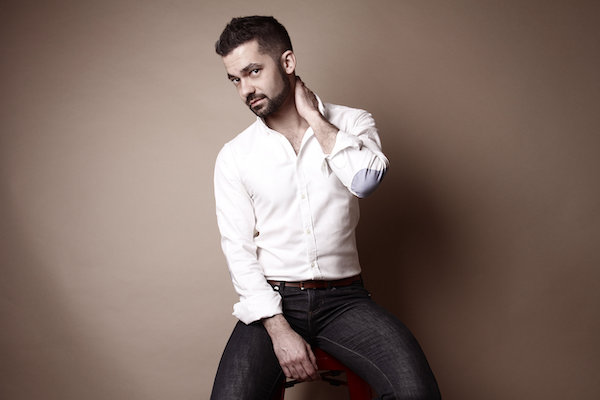 Susana Gaspar
Portuguese soprano Susana Gaspar was a member of the Jette Parker Young Artists Programme 2011–13, her roles including Barbarina (Le nozze di Figaro), Countess Ceprano (Rigoletto), Giannetta (L’elisir d’amore), First Innocent (The Minotaur), Papagena (Die Zauberflöte) and Voice from Heaven (Don Carlo) for The Royal Opera, and Mimì in Act II of La bohème for BBC Two’s ‘Maestro at the Opera’. She has also sung Fauré’s ‘Pie Jesu’ for a ballet gala in the Linbury Studio Theatre.
Gaspar studied piano and voice at the Lisbon Music Conservatory and went on to study singing at the Guildhall School of Music and Drama and the National Opera Studio, supported by the Royal Opera House. She has appeared in concert and recital throughout Europe and in Malaysia and Mexico.
Operatic engagements elsewhere include Mimì for Grange Park Opera, Lauretta (Gianni Schicchi) and Vi (Gershwin’s Blue Monday) for Teatro Nacional de São Carlos, Lisbon and Mimì (La bohème) for British Youth Opera. Competition prizes include the Basil A. Turner Prize (British Youth Opera) and first prize (Lieder), Portuguese Song Prize and Algarve Musical Award in the Rotary Club Singing Competition.
Ricardo Panela
Born in Ílhavo - Portugal, Ricardo has established himself over the last few years as an Award-winning versatile performer, with a repertoire ranging from the florid Baroque and Bel Canto roles to contemporary opera.
In this 2018-2019 season Ricardo created the role of De Valletta, in Reuben Pace’s new opera City of Humanity, composed as part of ‘Malta European Culture Capital 2018’. He also returns to Opera Valladolid to sing his first Valentin in Gounod’s Faust.
As the winner of the baritone category of the 2018 Armel Opera Festival Singing Competition, Ricardo has been awarded the role of Leporello in a new production of Don Giovanni to be performed at the Teatro Carlos Cueva Tamariz in Ecuador, and at the Palace of Music in Budapest in 2019. Following his performance of the role in the Hungarian capital, he also won the Best Performer Award of the 2019 Armel Opera Festival.
Previous seasons saw Ricardo debut to critical acclaim at his home country’s National Opera House in Lisbon, in Poulenc’s Les Dialogues des Carmelites, directed by Luís Miguel Cintra and at London’s Opera Holland Park, as Masetto in Don Giovanni.
In 2018 he debuted with critically acclaimed performances of the title role in Noah Mosley’s Mad King Suibhne at the English National Opera Lilian Baylis House, and Lescaut in Massenet’s Manon for Opera Valladolid, his Spanish debut. Ricardo also returned to the Teatro Nacional de São Carlos in Lisbon, for a production of Ravel's L'enfant et les sortilèges, and to Longborough Festival Opera to sing his first Ariadne auf Naxos.
Previous career highlights have included the London premieres of Saverio Mercadante’s Don Chisciotte at Leighton House Museum and of Federico Ruiz’s Los Martirios de Colón at the Southbank Centre. Equally at home in Opera, Oratorio and Recital, Ricardo has also performed, amongst others, for Wexford Festival Opera, Longborough Festival Opera and Casa da Música - Porto.
He regularly gives Lecture-Recitals at London’s Cadogan Hall, having recently completed a cycle of lectures where he researched and explored the impact of Censorship and Political Propaganda in Operatic Performance and Composition from the Baroque period through to the Second World War.
Ricardo is a two-time bursary recipient of The International Opera Awards Foundation, who have generously supported him between 2015 and 2016, and he would also like to acknowledge the Nicholas Boas Charitable Trust who have provided invaluable support along the way.
Having started his musical studies with brazilian soprano Juracyara Baptista, Ricardo then continued studying at the University of Aveiro with portuguese bass-baritone António Salgado, before moving to London to work with Laura Sarti at the Guildhall School of Music & Drama. After Guildhall, he furthered his studies at the Welsh International Academy of Voice with Dennis O'Neill and currently studies with Sherman Lowe.
Nuno Vieira de Almeida
Since studying with Geoffrey Parsons in London from 1985 to 1986, pianist Nuno Vieira de Almeida has resurrected many forgotten works for voice and piano by important Portuguese composers.
He has premiered numerous pieces by Fernando Lopes-Graça, Joly Braga Santos and Luís de Freitas Branco, and made many recordings. He has also given first performances in Portugal of works by Benjamin Britten, Hugo Wolf, Arnold Schoenberg and Anton Webern, to name a few, and performed with distinguished singers such as Gundula Janowitz, Peter Weber, Gabriele Fontana and many distinguished Portuguese singers. Nuno Vieira de Almeida also recorded the music for Manoel de Oliveira’s fi lm Vale Abraão.
He is a teacher of repertoire and coordinator of the voice department at the Escola Superior de Música in Lisbon, and also holds a PhD in historical musicology from the Universidade NOVA de Lisboa.