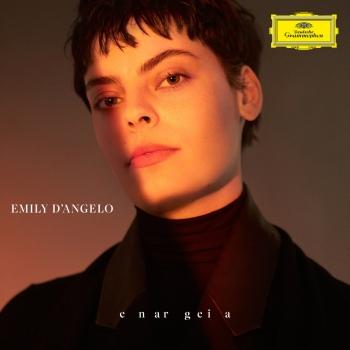 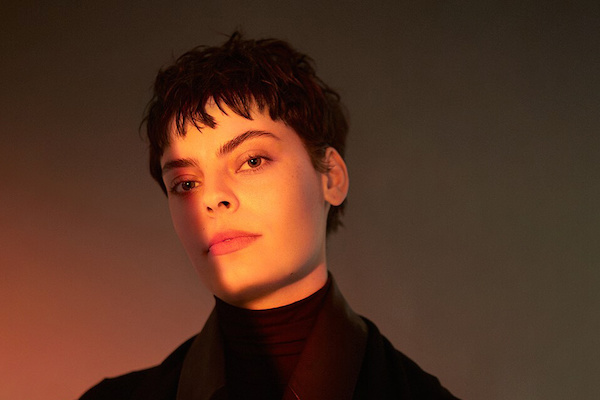 Emily D'Angelo
is the first and only vocalist to have been presented with the Leonard Bernstein Award from the Schleswig Holstein Festival. One of WQXR NYC Public Radio’s "40 Under 40" singers to watch, Canada's "Top 30 Under 30" Classical Musicians, and the recipient of a 2020 Lincoln Center Emerging Artist Award, D'Angelo has won first prize in opera’s most prestigious international competitions including the Operalia Competition where a historic win included First Prize, the Zarzuela Prize, the Birgit Nilsson Prize, and Audience Prize, as well as the Metropolitan Opera Competition, the Canadian Opera Company Competition, the George London Competition, the Gerda Lissner Competition, the Innsbruck Baroque Competition, and the Monini Prize from the Spoleto Festival dei Due Mondi. ​
A staple of D’Angelo’s operatic repertoire is the music of Mozart; beginning with a stage debut in 2016 as Cherubino in Le nozze di Figaro at the Spoleto Festival dei Due Mondi with Maestro James Conlon, D'Angelo has gone on to perform Cherubino at the Berlin Staatsoper and the Bayerische Staatsoper; Annio in the 2019 critically acclaimed production of La clemenza di Tito at the Metropolitan Opera; and Dorabella in Così fan tutte at Teatro alla Scala (broadcast live on RAI), the Canadian Opera Company, and the Santa Fe Opera. In 2021 she will make her company and role debut in a new production at The Royal Opera House as Sesto in La clemenza di Tito, and will return to the Bayerische Staatsoper for her role debut as Idamante in a new production of Idomeneo , and the Berlin Staatsoper Unter den Linden as Cherubino in a new production of Le nozze di Figaro (Broadcast live on Mezzo TV). ​
Another cornerstone of D’Angelo’s repertoire is the music of Rossini; D'Angelo made a debut as Rosina in Il barbiere di Siviglia at The Glimmerglass Festival in a new production by Francesca Zambello, and has gone on to perform the role at the Canadian Opera Company, and the Santa Fe Opera. D’Angelo has sung Rossini’s seldom-performed cantata Giovanna d’Arco numerous times in concert, both with the original piano score as well as with full orchestra. She looks forward to adding the title role in Cenerentola to her repertoire in future seasons.
D’Angelo has performed diverse recital repertoire at numerous international venues, including the New York Park Avenue Armory, the Kennedy Center Vocal Arts DC, Chile Teatro del Lago, Athens Stavros Center, the Toronto Summer Music Festival, the Los Angeles SongFest Recital Series, the New York Morgan Library, Toronto Koerner Hall, the Santa Fe Festival of Song, the Palm Beach Society for the Four Arts, the Princeton University Concert Series, and has appeared in concert with orchestras including Los Angeles Philharmonic, Toronto Symphony Orchestra, Puerto Rico San Juan Symphony, Schleswig Holstein Festival Orchestra, Canadian Opera Company Orchestra, Cincinnati Symphony Orchestra, Deutsche Oper Berlin Orchestra, Montclair Orchestra, and National Arts Centre Orchestra. ​
D’Angelo was a featured soloist on the Toronto Symphony Orchestra’s live-recorded album “Vaughan Williams,” which was Grammy Nominated for Best Classical Compendium 2019, and awarded a JUNO for Best Large Ensemble Classical Album, is featured on the first ever international production of PBS's Live From Lincoln Center which was filmed live from Athens, Greece, with the Chamber Music Society of Lincoln Centre and has been released on DVD/CD as “Odyssey.” D’Angelo can also be seen in various productions live from the Met, including audio recordings of Annio in La clemenza di Tito, Second Lady in The Magic Flute, and the Met Live in HD broadcast as Soeur Mathilde in Dialogues des Carmélites. ​
Toronto-born, D'Angelo is an alumna of the Metropolitan Opera Lindemann Young Artist Development Program, the Canadian Opera Company Ensemble Studio, and the Ravinia Steans Institute. She is a graduate of the University of Toronto, and a grateful grant recipient of the Jacqueline Desmarais Foundation.