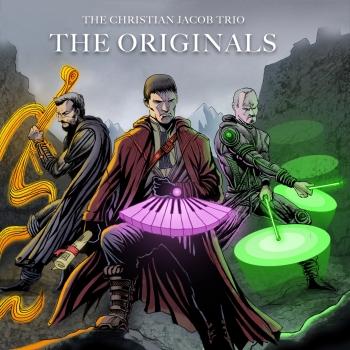 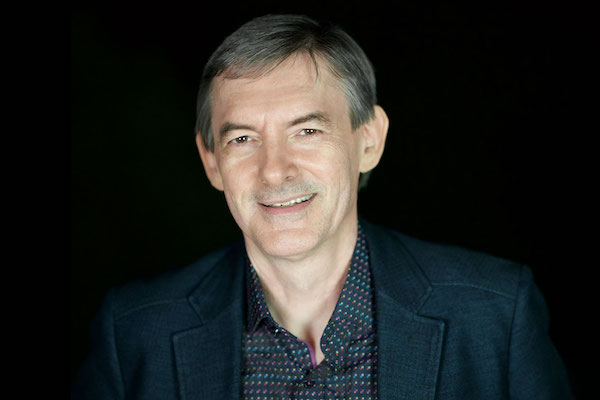 Christian Jacob
Multi-Grammy nominated pianist and arranger Christian Jacob first gained widespread exposure as music director for Maynard Ferguson and later as leader of the Christian Jacob Trio and co-leader of the Tierney Sutton Band. Christian is also the musical director for both Broadway legend Betty Buckley and American icon Jack Jones. He has performed around the globe, with many of the musical giants that inspired him since childhood.
Born in Lorraine, France, Christian Jacob fell in love with classical music at age 4 and discovered jazz at age 9. After graduating with “First Prize” from the Paris Conservatory, Jacob came to America to focus on improvisation at the Berklee College of Music in Boston. While attending Berklee Christian won a number of awards, including the Oscar Peterson Jazz Masters Award, the Great American Jazz Piano Competition and “Downbeat” magazine’s distinction as Top Collegiate Jazz Soloist. He went on to teach at Berklee, tour with Maynard Ferguson, perform and record with a number of jazz legends and was listed by The Japan Times as one of the best-selling foreign jazz pianists in Japan. His extensive discography includes five critically acclaimed trio recordings and six Grammy nominations from his alliance with vocalist Tierney Sutton, drummer Ray Brinker and bassists Trey Henry and Kevin Axt. Christian also received a Grammy Nomination as an arranger with The Phil Norman Tentet.
While Christian performs year round, his arranging skills are also highly sought after. He has been arranging for the Swiss Youth Jazz Orchestra since 1990 and The Scottish National Jazz Orchestra since 2005, featuring such talented artists as John Scofield, Billy Cobham, Charlie Haden, Phil Woods, Joe Lovano, Ron Carter and Gary Burton. Christian’s latest collaboration has been with renowned Japanese composer Kunihiko Murai and Maestro Jorge Calandrelli.
In 2014 Christian Jacob released his first solo piano recording, Beautiful Jazz: a private concert, aptly titled as this intimate solo recording is a dedication to the music that drew him away from the classical world and introduced him to the beautiful world of jazz. Recorded in pure analog and available as a limited edition vinyl LP.
In 2016, the original score to director Clint Eastwood’s box-office smash “Sully”, was created by Christian Jacob, The Tierney Sutton Band and Clint Eastwood. It was one of Christian’s proudest moments, to orchestrate his and the band’s music for a seventy-piece orchestra and hear it live with the brilliant Conrad Pope conducting. The following year Eastwood asked Christian to compose the music for his next film, “The 15:17 to Paris.”
New release: The Originals. Christian Jacob returns to the jazz trio setting with a captivating collection of original compositions. Presented in a story-like fashion, each selection draws the listener deeper into the trio’s musical wonderland. Playful, creative, grooving and performed with the extraordinary unity that The Christian Jacob Trio is known for. Joining Christian are longtime bandmates bassist Trey Henry and drummer Ray Brinker. While this recording is truly all about jazz trio, a beautifully orchestrated string ensemble adds depth to 8 of the compositions.
“I’ve been playing with Trey and Ray since we met on Maynard Ferguson’s band and here we are 30 years later, innumerable gigs and rehearsals later, still eager to work together. And for the first time it’s all original music. I hope you’ll enjoy what we’ve done; it certainly feels like we poured everything we had into it.” – Christian Jacob