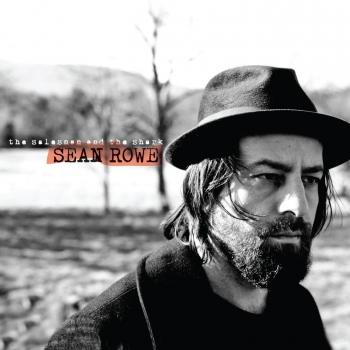 The Salesman and the Shark 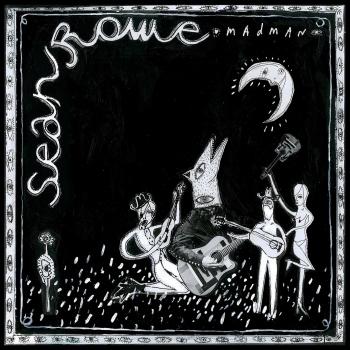 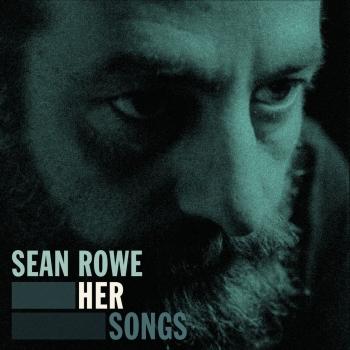 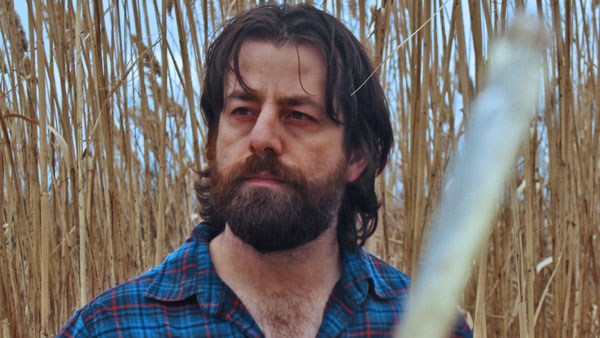 Sean Rowe
Several years ago musician and naturalist Sean Rowe walked out into the wilderness alone. He spent the next 24 days constructing shelter and foraging for food to eat. He would come away from the experience with the songs that would eventually comprise his dazzling debut album Magic. The San Francisco Chronicle described the record as “beautiful and haunting.”
On his new album The Salesman and the Shark, Rowe has created a work that brilliantly reconfigures classic sounds in support of his intensely observational lyrics and the remarkable ever evolving vocals which inspired No Depression Magazine to succinctly state, “Man, that voice.”
Rowe is a native of the lush rolling hills and history rich locale of upstate New York. He came of age listening to his father’s record collection featuring The Beach Boys, Elvis Presley and more. But in his teen years it was soul and blues of John Lee Hooker, Muddy Waters, Marvin Gaye and Ray Charles that spoke to the bourgeoning singer-songwriter. “I remember thinking how magical it was that I could listen to that stuff over and over again and it would never fail to hit my spine,” he says. “It was also cool to me that I felt like I found that stuff on my own. No one pointed me to it. I felt like it was mine.”
Upon reading a book called “The Tracker” by renowned naturalist Tom Brown as a teenager, Rowe discovered passion for nature and the wilderness that would continue to parallel and compliment his musical journey. He eventually attended courses at Brown's Wilderness Survival School. “My journey with music and my exploration of nature started together,” he explains. “I can’t really separate the two. Because I spent a lot of time growing up in the woods, the naturalistic elements have always had an effect on my writing. It’s my religion, and I try to convey that in my songs.”
While his philosophy was shaped in nature, Rowe’s powerful baritone was formed in a more traditional manner, singing amidst the boisterous din of local bars. “When I was 18 to 25 you could make a living by playing the bar scene and that’s what I did’” he says. “It was four hour sets with a short break in between. I didn’t have that many originals so I would play a lot of covers. But I never sang a song I didn’t want to play. I did mainly classic R&B, early soul and blues and I loved it. Those years really honed my singing and my ability to work with an audience. “
After several years playing in crowded bars, Rowe headed into the wilderness for some much needed solitude. He lived at a survival school called Hawk Circle Wilderness Education for an entire year and eventually embarking on the 24-day solo survival quest. “I spent an entire year living off the land and going into the woods and surviving on my own,“ he says. “I can’t think of a more pure experience. I wrote most of the songs that were my first album while at the survival school. Writing for me is a very solitary experience. The wilderness is my home and my filter. I try to allude to something bigger in my music, but in a subtle way.”
A creatively reinvigorated Rowe returned to performing with a newfound devotion. A successful tour of England opening for Noah and the Whale was followed by the Anti release of his debut album Magic to overwhelming critical praise. In between touring the world and recording his anticipated follow up album, Rowe continued to write about nature for the Albany Times Union. In November of 2011, he welcomed a son named Jack.
The Salesman and the Shark, is a creative tour de force showcasing Rowe’s gifted writing and absolutely astonishing voice. It was recorded live at historic Vox Recording Studios in Los Angeles using only real instruments. It was produced by Woody Jackson utilizing the very same mixing board used to make timeless classics such as The Rolling Stones Exile On Main Street, T-Rex’s Electric Warrior, The Beach Boy’s Smile and seminal works by Tom Waits, Neil Young and more.
Appropriately, the soulful and evocative sounds on the record are a faultless blend of the warmly familiar and astonishingly new. The songs move effortlessly between a sense of cathartic intimacy and an epic cinematic like sound complete with a nine piece string section. As Rowe’s explains, “The songs on this record are all very different structurally but they have this consistent sound and feel which has to do with where and how they were recorded. Early on we agreed on the aesthetic of the record which was just keeping it as organic and as live as possible. And I think it really gave it that timeless feel.“