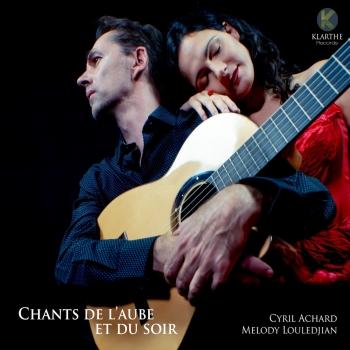 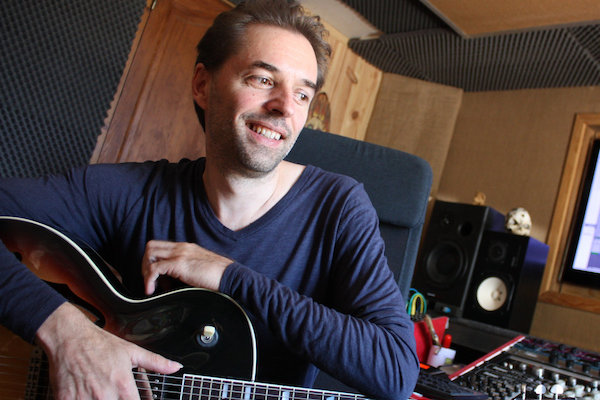 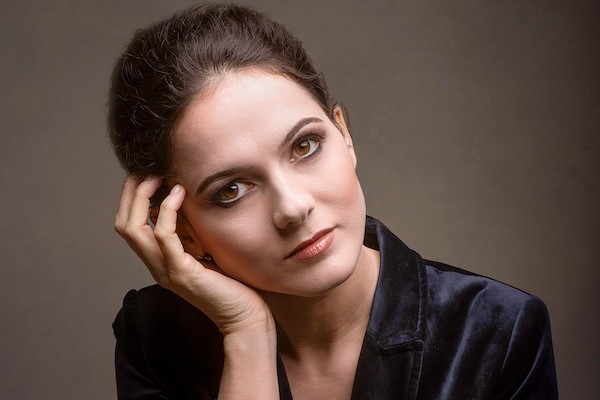 Cyril Achard
Confusion is French guitarist Cyril Achard's all instrumental, debut solo album originally recorded in 1996, now rereleased with three exclusive bonus tracks ("Suspicious Mind", "Celebration" and "Big Deal"). Achard's playing throughout the CD is brilliant, as he weaves his highly developed chops over progressive material, supported by drummer Laurent Piacentino and bassist Fred Schneider. Interestingly, the success of this album led to a contact with Godin (guitars) and Peavey (amps). The track "Pharaon" from Confusion was included on the progressive rock compilation album "Vae Victis" (Musea). A must have CD, along with his new 2002 Taboo Voodoo CD, "Something's Cookin".
Melody Louledjian
Highly sought after for her vocal prowess and excellent musical ability, Melody Louledjian is equally impressive in classical and contemporary repertoire. She performs her first Lucia/Lucia di Lammermoor at the Cultural Center of the Philippines in January 2020 and Violetta / La Traviata with the Tenerife Opera in June 2018. ​
French with Armenian roots singer, Melody Louledjian took up music at a very early age. After a First Prize for Piano, a Master’s degrees summa cum laude at the Conservatoire National Supérieur de Musique in Lyon, and at the Hochschule in Vienna, she made her debut at the Grand Théâtre de Bordeaux in 2009 playing Carmen in Le Balcon by Peter Eötvös. She attracted critical acclaim and is a regular guest singer at the theatre. ​
As a fine sight-reader with a sound musical grounding and an excellent ear, she is particularly at ease with contemporary repertoire. She is regularly invited by prestigious ensemble like Intercontemporain, Contrechamps, Ensemble Modern, l’Instant Donné and Klangforum. She enjoys working with compositors, as being part of creation processes and performances experimentations. She appears on international stages and concert halls like the Philharmonic of Paris, the Konzert Haus Berlin, the Tonhalle-Orchester Zürich, the Tonhalle Düsseldorf, the Kölner Philharmonic, IRCAM, the Alte Oper of Franckort, the Radio Suisse Romande and numerous International Festivals: Alte Oper-Musikfest in Frankfurt, März Festival in Berlin, Acht Brücken Festival in Cologne and Düsseldorf, Algiers Festival, Festival d’Automne, Festival Musica in Strasbourg, Archipel Festival in Geneva, Royaumont in Paris.
She plays on stage the roles of Musetta/La Bohème, Elvira/L’Italiana in Algeri, Eurydice/Orphée aux Enfers, Oberto/Alcina et Naïade/Ariadne auf Naxos at the Grand Theatre of Bordeaux, Le Feu and Le Rossignol/L’Enfant et les Sortilèges so as the 1st Maid /Der Zwerg at the Opéra de Paris and the Bayerische Staatsoper München, Ciboulette/Ciboulette at the Opera Comique in Paris, Woglinde/Das Rheingold and Waldvogel/Siegfried at the Casa da Musica of Porto, the Cité de la Musique in Paris and the Teatro Reggio Emilia and Luxembourg, the 5th Maid/Elektra and Adele/Die Fledermaus at the Opera of Nice, Élise/Le Dilettante at the Grand Theatre of Avignon, Die Fräulein/Die Gespenstersonate at the Radio Suisse Romande, Gabrielle/La Vie parisienne at the Opera of Lausanne, The Princesse and Marthe/Three Tales at the Opera of Lille, Bergère/La Pastorale at the Théâtre du Chatelet, Girandole/La Cour du roi Pétaud at the Théâtre de l’Athénée in Paris.
She also sings in concerts like in the Carmina Burana at the Opera of Saint Etienne, the 9th Symphony of Beethoven at the Grand Theatre of Bordeaux, La Damoiselle Elue at the Philharmonic of Paris, at the Opera of Nancy with Gluck arias, at the Antic Theatre of Oranges, in Gala at the Opéra Comique and the Opera of Nice, the Illuminations of Britten with the Camerata Atermac in Lausanne, etc. In recitals, she sings on stage of several countries, like at the New Year Festival of Gstaad, Royal Queen Elisabeth Chapel of Belgium, the Auditorium of Lyon, in Japan, Italy, many Festivals in France, with the pianists Antoine Palloc and Giulio Zappa. ​
Practicing several instruments, she cultivates other repertories since ever. This is how she releases in 2017 under the name of Melody Lou, an album entitled "Follement 30’ " by Inoui Distribution. In this project which she leads, she covers French songs from the 30ies, accompanied by her accordion and a jazz quartet. This project is regularly in tour in the last two years in South of France Jazz Festivals.
Besides her soloist career, she regularly gives Masterclasses on the theme of contemporary music and free improvisation at the High Music School of Geneva so as in several conservatories in France. She is teacher at the European Opera Academy.
She is part during the seasons 2017/18/19 of the Soloist in the Ensemble of the Grand Théâtre of Geneva. She sings there the roles of La Princesse Elsbeth/Fantasio, Arsena/Der Tzigeuner Baron, Lola/Cavalleria Rusticana, Barberine/Le Nozze di Figaro, Frasquita/Carmen, Xenia/Boris Godounov, Luigia/Le convenienze e Inconvenienze Teatrali.
Discography: Elise/Les Dilettantes of Halevy, Label Klarthé. Upcoming released: La Damoiselle Elue of Debussy with Mikko Franck, Label Radio France, Laurette/Richard Coeur de Lion of Gretry, Label of The Royal Opera of Versailles, “Fleurs” with melodies of Wiener, Milhaud, Satie et Honegger with the pianist Antoine Palloc, Label Aparté.
Projects for 2019/19 include : Lauretta/Richard Cœur de Lion at the Royal Opera of Versailles with Hervé Niquet and the Concert Spirituel, concerts and recording of Oenone/Phèdre of Lemoyne at the Festival of Budapest with the Palazetto Bru Zane, La Dottoressa in the new opera of Christian Jost Voyage vers l’Espoir at the Grand Theatre of Geneva, Charlotte/Der Diktator and Bubikopf/Der Kaiser von Atlantis at the Opera of Tenerife, Lucia/Lucia di Lammermoor at the Opera of Manila, a Deutsches Requiem de Brahms at the Philharmonic of Liège and Brussels, recital with the Orchestra of Avignon, recitals with Antoine Palloc in Aix-en-Provence and the Opera of Lille, with Giulio Zappa in the Grand Theater of Avignon, a recital at Musical Guest in Cannes, a concert at the Victoria Hall if Geneva with the Lemanic Modern Ensemble, a concert “Aurores Boréales” at the Opera of Limoges, a concert at the Antic Theater of Orange broadcast live on national television.