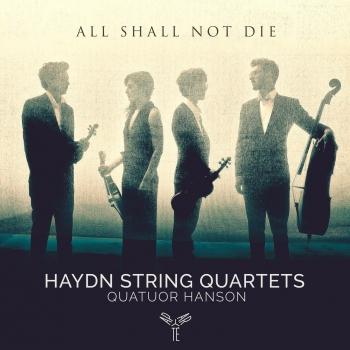 Haydn: String Quartets "All shall not die" 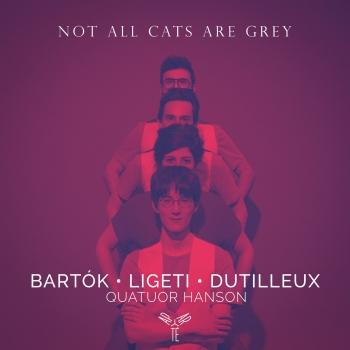 Not all cats are grey 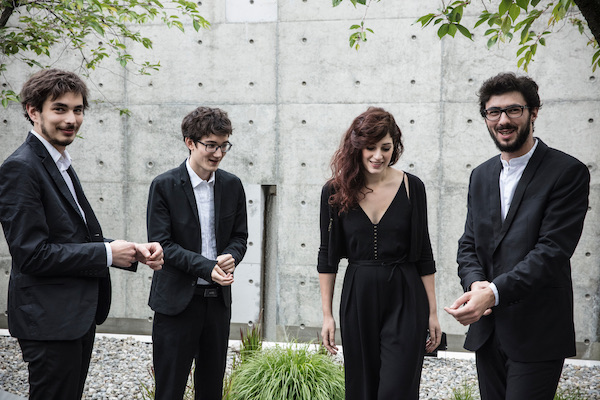 Quatuor Hanson
Founded in 2013, the Quatuor Hanson was formed at the behest of Hatto Beyerle (European Chamber Music Academy), the Quatuor Ebène, and Jean Sulem at the Paris Conservatoire. Acting on their advice, they made Haydn string quartets their musical and aesthetic touchstone. The study of classical pieces allows them to reveal Haydn’s rhetorical identity - often whimsical, and always poetic. They have concurrently played works of contemporary composers such as Toshio Hosokawa, Wolfgang Rihm or Mathias Pintscher, whose piece Figura IV they they were the first to play in France at the IRCAM Festival. For them, appropriating the music of their time triggers a reflection on the role of the performing musician and his place in modern times. Through its intertextual links and anachronistic encounters, the Quatuor Hanson has made this overall view of the repertoire the driving force behind a necessary reflection for today’s musician.
Supported by the Banque Populaire Foundation, as well as the Singer-Polignac Foundation in Paris, where they are currently in residence, the four musicians have won many international competitions: 2nd Prize at Geneva International Music Competition in 2016, as well as 2nd Prize at International Joseph Haydn Chamber Music Competition in Vienna in 2016, where they were honoured with several other special prizes (Haydn Prize, Audience Prize and Prize for the Best Interpretation of a Work from the 20th century) and 3rd Prize and Audience Prize at the Lyon International Chamber Music Competition in 2015. They have been invited to many prestigious festivals such as Printemps Musical des Alizés (Morocco), and the Deauville, La Roque d’Anthéron, and Aix-en-Provence festivals (all France). Their concerts at London’s Wigmore Hall, Paris’s Maison de la Radio, Geneva’s Victoria Hall and at Vienna’s ORF Kulturhaus have allowed them to distinguish themselves in Europe and further afield in countries such as China, Morocco and Norway among others. During the 2016/17 season, they played Beethoven’s String Quartet No.7 at the Salle Cortot, organised by the Centre de Musique de Chambre of Paris, and took part in three radio broadcasts of the programme “Plaisir du Quatuor” on France Musique, with the classical aesthetic of Haydn and Mozart as a central theme.
In order to enrich themselves through outside influences, the four musicians have collaborated with some outstanding talent including Mathieu Herzog, Miguel Da Silva, Peter Cropper or Johannes Meissl, and often share the stage with musicians such as Michel Lethiec, Paul Meyer, Bruno Philippe, Vadim Kholodenko, Amaury Viduvier, and Guillaume Bellom. The shared enthusiasm arising from these exchanges opens up for the String Quartet a new land of exploration and discovery. Thanks to these encounters and the search for every work’s essence, the Quatuor Hanson hopes to offer a concert experience that goes beyond the mere performance – an emancipation for performer and spectator alike, both moving towards the liberating essence of all music.