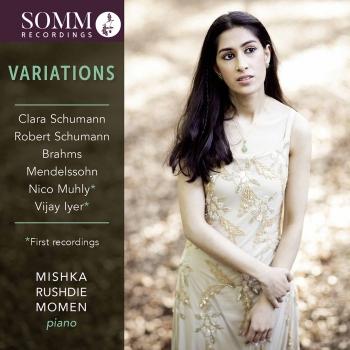 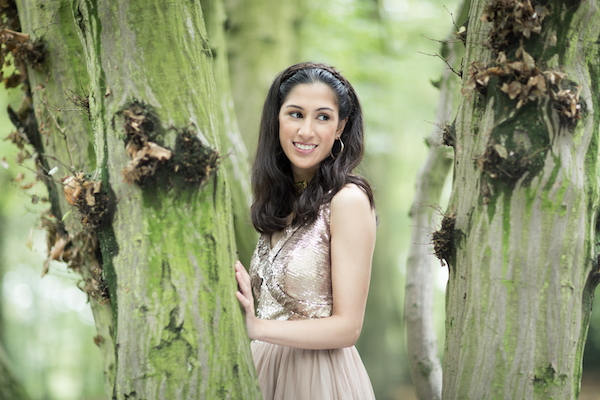 Mishka Rushdie Momen
born in London 1992, studied with Joan Havill and Imogen Cooper at the Guildhall School of Music and Drama and has also studied with Richard Goode and Sir Andras Schiff, who presented her in recitals in Zurich Tonhalle, New York’s 92Y, Antwerp deSingel, and several cities in Germany and Italy for his 2016-17 “Building Bridges” Series. A committed chamber musician whose partners have included Steven Isserlis, Midori, Daniel Phillips, and members of the Endellion, Belcea, and Artemis String Quartets, she played in the 2016 Marlboro and Krzyzowa Music Festivals and regularly participates in Open Chamber Music at the International Musicians Seminar in Prussia Cove, Cornwall. She performed in the “Chamber Music Connects the World” Festival in Kronberg in May.
She released her first commercial recording in 2017 produced by Somm Recordings to critical acclaim, appearing as one of the soloists in Mozart’s Triple Concerto with the Royal Philharmonic Orchestra. Her first solo recording, "Variations", was released in September on the same label. In 2014 Mishka Rushdie Momen was unanimously voted the 1st Prize winner of the Dudley International Piano Competition and performed with the City of Birmingham Symphony Orchestra . In the same year she won 2nd Prize at the Cologne International Piano Competition.
Mishka has given solo recitals at the Barbican Hall, the Bridgewater Hall, and major venues across the UK, as well as abroad in New York City, France, Germany, Italy, Belgium, Switzerland and India. This season includes debut performances at Wigmore Hall, Carnegie Hall and at the Haydn Festival in Austria.
She is currently studying at the Kronberg Academy as part of the Sir András Schiff Performance Programme for Young Pianists. This study is funded by the Henle Foundation.