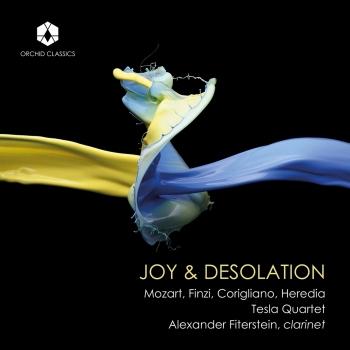 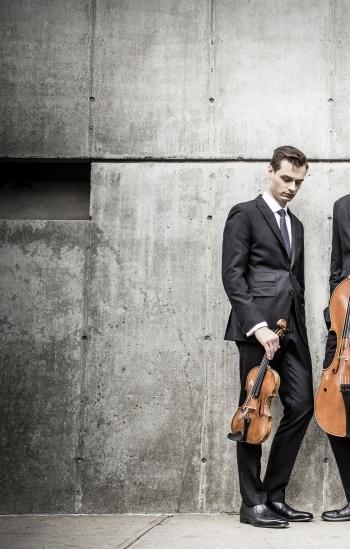 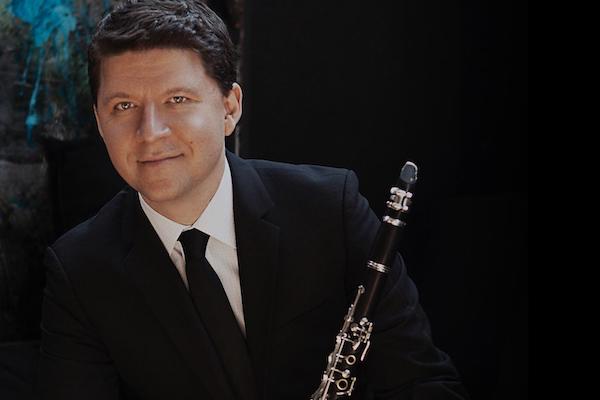 Tesla Quartet
Praised for their “superb capacity to find the inner heart of everything they play, regardless of era, style, or technical demand” (The International Review of Music), the Tesla Quartet brings refinement and prowess to both new and established repertoire. Dubbed “technically superb” by The Strad, the Tesla Quartet has won top prizes in numerous international competitions, most recently taking Second Prize as well as the Haydn Prize and Canadian Commission Prize at the 12th Banff International String Quartet Competition. In 2018, the Tesla Quartet released its debut album of Haydn, Ravel, and Stravinsky quartets on the Orchid Classics label to critical acclaim. BBC Music Magazine awarded the disc a double 5-star rating and featured it as the “Chamber Choice” for the month of December. Gramophone praised the quartet for its “tautness of focus and refinement of detail.” Their second disc on the Orchid Classics label, a collaboration with clarinetist Alexander Fiterstein featuring quintets by Mozart, Finzi, John Corigliano and Carolina Heredia, will be released in October 2019.
Now entering its second decade, the quartet performs regularly across North America and Europe, with recent highlights including their debut at New York’s Lincoln Center, a return to London’s Wigmore Hall, and performances at Stanford University’s Bing Concert Hall as winners of the prestigious John Lad Prize. Other recent international engagements include tours of Brazil, China, and South Korea. Notable festival appearances include the Banff Centre International String Quartet Festival; the Joseph Haydn String Quartet Festival at the Esterházy Palace in Fertőd, Hungary; the Mecklenburg-Vorpommern Festival in Germany; and the Festival Sesc de Música de Câmara in São Paulo, Brazil. Having served as the Marjorie Young Bell String Quartet-in-Residence at Mount Allison University in New Brunswick, Canada from 2016-2017, the Tesla Quartet also recently completed a four-year community residency in Hickory, North Carolina that included performances and workshops at local colleges, universities, and in the public school system, as well as a dedicated chamber music series.
The Tesla Quartet was formed at The Juilliard School in 2008 and quickly established itself as one of the most promising young ensembles in New York, winning Second Prize at the J.C. Arriaga Chamber Music Competition only a few months after its inception. From 2009 to 2012, the quartet held a fellowship as the Graduate String Quartet-in-Residence at the University of Colorado-Boulder, where they studied with the world-renowned Takács Quartet. They have also held fellowships at the Aspen Music Festival’s Center for Advanced Quartet Studies, the Britten-Pears Young Artist Program, and the Norfolk Chamber Music Festival.
The Tesla Quartet is Ross Snyder (violin), Michelle Lie (violin), Edwin Kaplan (viola), and Serafim Smigelskiy (cello).
Alexander Fiterstein
is considered one of today’s most exceptional artists. Fiterstein has performed in recital, with distinguished orchestras, and with chamber music ensembles throughout the world. He won first prize at the Carl Nielsen International Clarinet Competition and received the prestigious Avery Fisher Career Grant Award. The Washington Post has described his playing as “dazzling in its spectrum of colors, agility, and range. Every sound he makes is finely measured without inhibiting expressiveness” and The New York Times described him as “a clarinetist with a warm tone and powerful technique.”
As soloist he has appeared with the Czech, Israel, Vienna, and St. Paul Chamber Orchestras, Belgrade Philharmonic, Danish National Radio Symphony, Tokyo Philharmonic, China National Symphony Orchestra, KBS Orchestra of South Korea, Jerusalem Symphony, Orchestra of St. Luke’s at Lincoln Center, Kansas City Symphony, and the Simon Bolivar Symphony Orchestra of Venezuela. He has performed in recital on the Music at the Supreme Court Series, the Celebrity Series in Boston, the Isabella Stewart Gardner Museum, the Kennedy Center, the Louvre in Paris, Suntory Hall in Tokyo, Tel Aviv Museum, and NYC’s 92d Street Y.
A dedicated performer of chamber music, Fiterstein frequently collaborates with distinguished artists and ensembles and regularly performs with the prestigious Chamber Music Society of Lincoln Center. Among the highly regarded artists he has performed with are Daniel Barenboim, Yefim Bronfman, Mitsuko Uchida, Richard Goode, Emanuel Ax, Marc-Andre Hamelin, Pinchas Zukerman, and Steven Isserlis. Fiterstein performed with the Dover, Pacifica, Jerusalem, and Shanghai String Quartets as well as with Ensemble Wien-Berlin. He spent five summers at the Marlboro Music Festival and appeared at the Caramoor, Moab, Music@Menlo, Montreal, Toronto, Jerusalem, and Storioni Chamber Music Festivals.
Fiterstein is a founder of the Zimro Project, a unique ensemble dedicated to incorporating Jewish art music into chamber music programs. He performed as principal clarinet of the West-East Divan Orchestra at the invitation of Daniel Barenboim and has appeared as guest principal clarinet with the Israel Philharmonic with Zubin Mehta, KBS Orchestra with Yoel Levi, and with the St. Paul and Orpheus Chamber Orchestras.
Fiterstein has a prolific recording career and has worked with composers John Corigliano and Osvaldo Golijov and had pieces written for him by Samuel Adler, Mason Bates, Paul Schoenfield, and Chris Brubeck, among others. Fiterstein was born in Belarus and immigrated to Israel at the age of 2 with his family. A Juilliard graduate, he won first prize at the Young Concert Artists International Auditions and received awards from the America-Israel Cultural Foundation. He is currently Professor of Clarinet and Chair of Winds at the Peabody Institute of the Johns Hopkins University. Fiterstein is a Buffet Crampon and Vandoren Performing Artist.