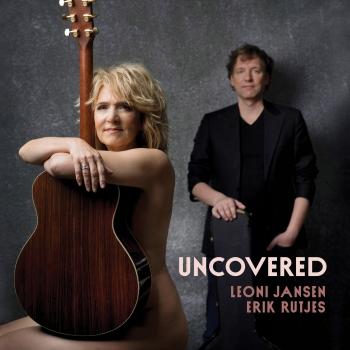 Leoni Jansen
is a Dutch singer and stage-director. She started out as tv-personality: anchor-woman on Dutch national tv for the daily “Children’s News”. After that she hosted various art and music-programs on television and ended up with her very own tv-show: “Jansen & Co”.
Wishing to devote more time to singing and the theatre she said goodbye to tv, and produced a number of music-theatre productions: She has made a range of programs such as a Pyjama night in the Concertgebouw, an Opera party for children in Vredenburg and directed theatre shows for pop groups like Room Eleven, Sensual and Giovanca.
Over the past few years she has been busy mainly creating music programs which bridge different cultures. She was, for instance, co-responsible for the theatre hit: Female Factory, a show in which 13 female top stars from 10 different countries presented themselves simultaneously. A show which was also seen in Moscow and Madrid, following a week when the Carré theatre was completely sold out. Leoni produced the series Wereldwijven, which featured a Dutch singer with a singer from a different continent. She produced the show She got game (three versions!) with amongst others Astrid Seriese, Lucretia van der Vloot, Rocq’E Harrell, Izaline Callister, Ricky Koole and Nurlaila Karim), which attracted capacity crowds throughout the country over four seasons. And she created the multi-cultural shows Made in Holland, in response to 11 September, held in Carré, and in which 45 artists from 22 different cultures took over the space for one week.
She sang at the wedding of Prince Willem-Alexander and Princess Maxima in the Arena in Amsterdam, and she was responsible for the music- production of Faranani, a homage to Nelson Mandela from the Koninklijk Theater Carré in 2002, which was broadcast live in dozens of countries.
She has worked with many international musicians from the world music scene over the past few years, including: Busi Mlongo, Toumani Diabate, Rosi Flores, Angelique Kidjo, Les Frères Guisse, Sibongile Khumalo, Mohammud Ahmed, Annie Grace, Karin Polwart, Lilian Vieira, Kine Lam and Tshala Muana. She performed with Youssou Ndour, singing his worldwide hit “ 7 seconds ” on the IDFA festival in Amsterdam.
She was knighted by Queen Beatrix into Companion of the Order of Orange-Nassau in 2006, for her contribution to world music and for empowering women in music.
She directed three large African productions: The African Mama’s in 2005, Daughters of Africa in 2010 (12 young African women from 8 African countries) and in 2013 the African Mama’s sing Mama Africa, a tribute to Africa’s most famous singer, the late Miriam Makeba.
Recurring themes throughout her career are social issues and women’s rights, especially in African countries. In Senegal she directed a play which was a complaint against Senegalese fishing-laws.
In 2014 Leoni directed MasterPeace in Concert. A huge peace concert in Ziggo Dome, Amsterdam. During this concert artists from conflict areas all over the world shared the stage together to spread their message of peace and unity, accompanied by the Metropole Orchestra. Leoni also performed a song together with the Senegalese Baaba Maal and a Kenyan Choir.