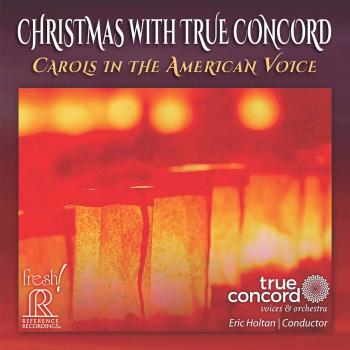 Carols in the American Voice 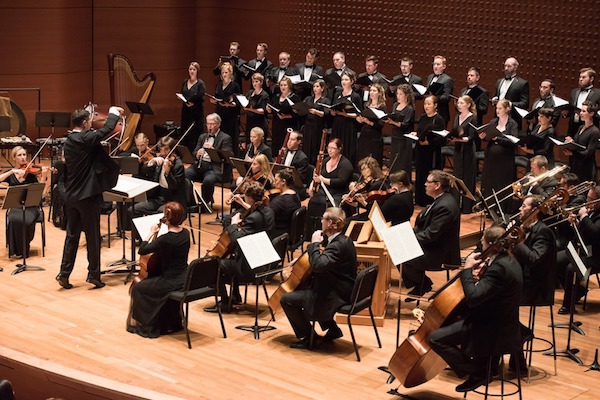 True Concord Voices & Orchestra
(our friends call us “True Concord”), was founded in 2004 as Tucson Chamber Artists. In 2015, the organization changed its name to True Concord. On the adoption of our new name, Music Director Eric Holtan explains, “The original 14th century meaning of ‘concord’ is ‘hearts together’. Shakespeare later described the emotional impact of music as ‘true concord’ — something we strive to achieve in our music-making between composer, performer and listener.”
True Concord draws upon the first rank of professional choral and instrumental musicians from around the United States in service of its artistic mission: to enrich lives through the transformational power of classical music. It accomplishes this primarily through the performance of masterworks and the diverse music of America. True Concord’s expanding repertoire includes Bach’s St. John Passion and Mass in B-Minor, Mozart’s Requiem and Mass in C-Minor, Brahms’s Ein deutsches Requiem, and Haydn’s The Creation. Committed to regularly premiering new works by America’s leading and emerging composers, we have commissioned Paul Crabtree, Stephen Paulus, Gerald Near and Ola Gjeilo, and regularly has premiered new works by promising emerging composers.
On September 11, 2015, True Concord will make its New York debut at Lincoln Center performing the Prayers and Remembrances oratorio commissioned in 2011 from the late Stephen Paulus to commemorate the 10-year anniversary of the terrorist attacks. Coinciding with the performance will be the release of the CD recording of the Paulus work—and other previously unrecorded works by the beloved composer—entitled “Far in the Heavens: Choral Music of Stephen Paulus,” on the Reference Recordings label.
Now in its 12th season, True Concord has quickly become a rising star in the American cultural scene. True Concord’s meteoric rise in the current economic climate is due in part to its immensely popular and unique programming that fuses professional voices and instruments. It is also because of the generous support of our patrons and donors, for which we are thankful.
Eric Holtan
launched his professional music career at age 12 as a church organist. A native of Minnesota, he studied organ, voice and conducting at Gustavus Adolphus College. He earned a master’s degree in choral conducting at the University of Iowa, where he was assistant director of Camerata Singers, and the doctor of musical arts degree in choral and orchestra conducting at the University of Arizona, where he was the UA Opera Theater’s chorus master. His research focused on the role of the chorale form in Mendelssohn’s oratorios and symphonies as reflection of the musical and religious influences on Mendelssohn.
Eric has held several conducting positions in secondary and higher education, churches and community and professional organizations. He served as associate conductor of the Southern Arizona Symphony Orchestra, and for many years was the assistant director of the Tucson Symphony Orchestra Chorus, where he assisted in the preparation of numerous works, including Verdi’s Requiem,Beethoven’s Symphony No. 9 and Missa Solemnis, Orff’s Carmina Burana and Handel’s Messiah. Eric continues his work in church music as minister of music, art and liturgy at Dove of Peace Lutheran Church.…