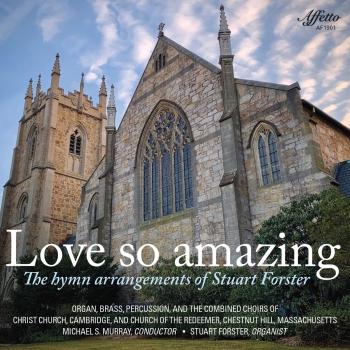 Love So Amazing: The Hymn Arrangements of Stuart Forster 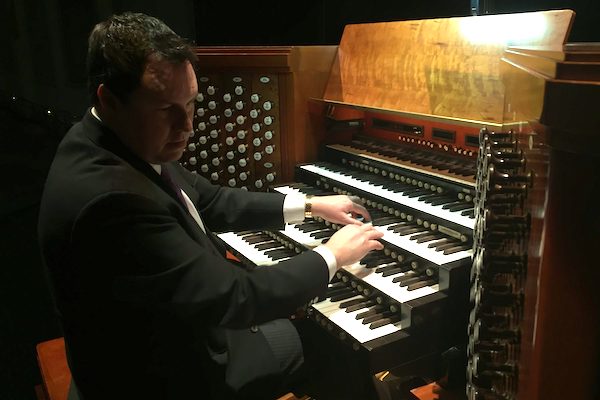 Stuart Forster
A dedicated church musician, Stuart Forster has been Director of Music and Organist at Christ Church, the Episcopal Church in Harvard Square, Cambridge, Massachusetts, since 1999. He has performed throughout both hemispheres as an organ soloist, accompanist, and conductor. As a composer, he has written congregational music, organ music, and choral anthems. Dr. Forster has also composed more than 100 hymn arrangements and numerous organ transcriptions. This music is published by Paraclete Press, MorningStar Music Publishers, and St. James Music Press; his landmark organ transcription of Dvořák’s Ninth Symphony, “From the New World,” was published by Éditions Chantraine, Belgium. He has been broadcast around the world and has recorded numerous CDs, including solo performances on the JAV and Pro Organo labels. Vesper Light, a CD featuring the Christ Church Cambridge Evensong Choir, was recorded live on tour in some of America’s finest ecclesiastical buildings. Forster’s book, Hymn Playing: A Modern Colloquium, compiles the thoughts and practices of leading church musicians, setting a new standard for teaching organists about engaging congregational song. He regularly teaches workshops on hymn playing.
After considerable study and several appointments in his native Sydney, Australia, Forster traveled to the United States in 1996 to study with Professor Thomas Murray, earning two degrees from Yale University, as well as the Faculty Prize and the Robert S. Baker Scholarship from the Yale Institute of Sacred Music, and from the Yale School of Music the Julia R. Sherman Prize for excellence in organ playing. In addition to earning qualifications from the University of Sydney, the Sydney Conservatorium of Music, and Trinity College of Music, London, Forster has won the Sydney International Organ Competition and been awarded numerous other accolades, including the Scarf Foundation Award, the University of Sydney Organ Scholarship (awarded twice), the Alice Bryant Organ Scholarship (for two terms of three years each), and the Ruth and Paul Manz Organ Scholarship. While studying at Yale, Forster served as Fellow in Church Music at Christ Church, New Haven, Connecticut; his work at the University included appointments as Marquand Chapel Organist, accompanist to various choruses and graduate courses, and teacher to numerous undergraduate and second-instrument organ students. He earned a Doctorate in Sacred Music (DSM) at the Graduate Theological Foundation, with a focus on the congregation’s experience of music and flow within liturgy; his dissertation documents and analyzes current practices of hymn leadership and accompaniment with the organ.