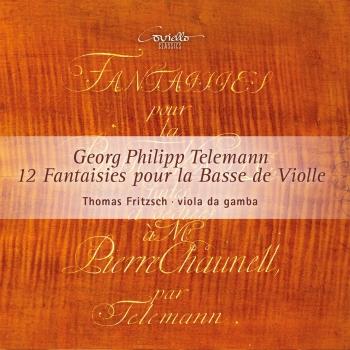 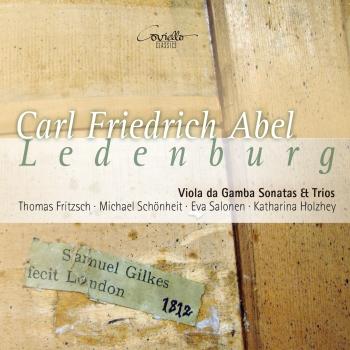 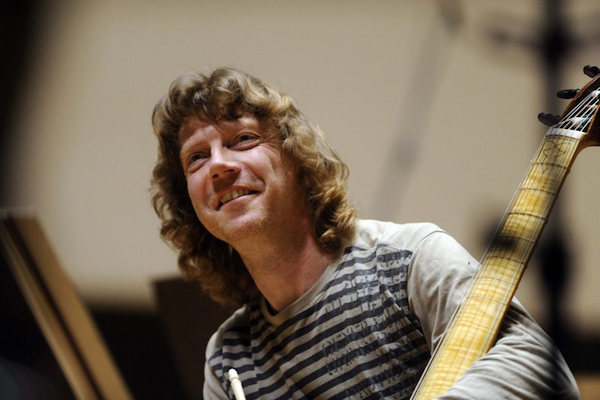 Thomas Fritzsch
who was born in Zwickau and grew up amid the lively Saxon tradition of church music and music-making in the home, is one of the most renowned gambists in the world today. Acclaimed by music critics as "brilliant and masterly", his intensive exploration of the historical subject matter has found expression in numerous radio and television productions, an extensive discography (with awards including the German Record Critics' Award 3/2003 and the Supersonic Award 4/2009 from Pizzicato Magazine), and journalistic work as editor of early music and author of musicological publications.
In addition to the artist's career as a gambist, he has devoted himself to historical instruments of the cello family for thirty years. Conductors such as Gewandhaus Music Director Riccardo Chailly, St. Thomas's Musical Director Georg Christoph Biller, Howard Arman, Hermann Max, Hans-Christoph Rademann, Gewandhaus organist Michael Schönheit, Peter Schreier and Helmuth Rilling have engaged him for concerts and recordings. The "exceptional gambist" (Hagen Kunze in the Leipziger Volkszeitung, 16 April 2013) has appeared as a soloist with such ensembles as the Leipzig Gewandhaus Orchestra, the MDR Symphony Orchestra, Leipzig's St. Thomas's Boys Choir, the Dresdner Kreuzchor (Choir of the Church of the Holy Cross), the Kleines Konzert, and the leading English ensemble Collegium Musicum 90. He appears at concert halls throughout Europe and on the stages of major musical centres including New York, Boston, Tokyo, Seoul, Hong Kong, Abu Dhabi, Dubai, Havana, Jerusalem and Tel Aviv. The list of artists with whom Thomas Fritzsch has collaborated during the past thirty years reads like a Who's Who of the international music scene. His concert appearances are supplemented by teaching and conducting seminars and interpretation classes in Europe and the US.
Thomas Fritzsch frequently makes unexpected discoveries on seemingly familiar ground, for example, with the first recording of the Sperontes song collection Singende Muse an der Pleisse (Leipzig, 1736, which includes pieces by J.S. Bach) and a production for the Bachsche Hofkapelle at the Weimar Palace. He called attention to Robert Schumann's interest in Bach's violoncello suites in October 2007, when he performed three of these works in arrangements by Schumann, Grädener, and Stade with Norman Shetler, who played Clara Schumann's Stein piano. Thomas Fritzsch opened the world's first Telemann Museum in Hamburg with a solo recital in May 2011. He also pioneered the rediscovery, revival and world first performance of the Telemannisches Gesangbuch (with Klaus Mertens, Vincent Frisch, Michael Schönheit and Stefan Maass) and the music of the Nassauisches Hof-Capelle.
Drawing on his splendid historical knowledge, Thomas Fritzsch enthusiastically searches for and discovers lost and forgotten works of the gamba literature which were composed during the late blossoming of the instrument on the threshold of the 19th century. Among his most spectacular discoveries were the four sonatas for viola da gamba and harpsichord/pianoforte by Johann Christian Bach, which Thomas Fritzsch premiered at the Leipzig Bach Festival in 2008. The first recording of these works (with Shalev Ad-El), released on Coviello Classics in 2012, was internationally acclaimed, and Robert Marshall praised the gambist as "the Casals of the gamba". Thomas Fritzsch again attracted attention at the 2014 Bachfest in Leipzig with the first performance in modern times of the last solo works for viola da gamba by Carl Friedrich Abel. Given the importance of this discovery, Thomas Fritzsch immediately arranged the premiere recording (with Michael Schönheit and Werner Matzke, Coviello Classics) and publication (Edition Güntersberg) of this "2nd Pembroke Collection". He added to his finds in 2015 when he discovered the lost Twelve Fantasias for viola da gamba solo by Georg Philipp Telemann.
In acknowledgement of his commitment worldwide to the works of Johann Sebastian Bach and Carl Friedrich Abel, Thomas Fritzsch was named Cultural Ambassador of the City of Köthen in November 2014.