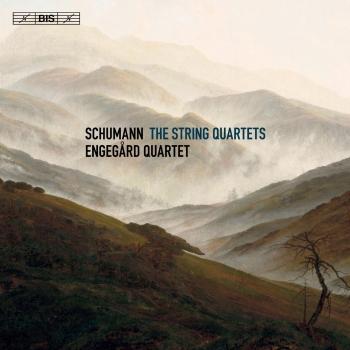 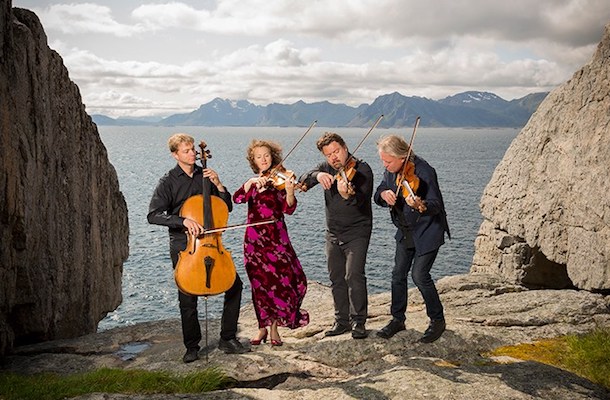 Engegård Quartet
Formed under the midnight sun in Lofoten in 2006, the Engegård Quartet has rapidly become one of Norway’s most sought after ensembles. Their bold, fresh interpretations of the classical repertoire combined with a deep attachment to their Scandinavian roots has attracted international acclaim, and inspired some innovative partnerships and programming. The quartet’s debut CD was praised as ‘breath-taking’ in The Strad, while their second release won Pizzicato magazine’s ‘Supersonic Award’. Their recent CD of works by Grieg, Sibelius and Olav Anton Thommessen was praised by Tully Potter in Music Web International as ‘what Grieg lovers have been waiting for’. Recent CD releases include Mozart’s ‘Prussian Quartets’ and the complete string quartets of Schumann.
The Engegård Quartet has a busy concert schedule throughout Scandinavia and further afield. They have performed in some of Europe’s finest venues including the Mozarteum in Salzburg and Prague’s Rudolfinum, and last year travelled to South America for concerts in Bogotá and Sao Paolo. Festival performances include the Delft Chamber Music Festival, SoNoRo Festival in Bucharest, and Heidelberg’s Streichquartettfest. Members of the quartet are also deeply involved in bringing superb chamber music to Norway – Arvid Engegård as founder of the Lofoten International Chamber Music Festival, and Juliet Jopling as artistic director of the Oslo Quartet Series.
The Engegård Quartet has had the honour to work with (among others) András Schiff, Leif Ove Andsnes, Christian Ihle Hadland, and Emma Johnson. They also love to collaborate with colleagues from different musical traditions, including a folk/classical fusion with Hardanger fiddler Nils Økland, a collaboration with jazz-violinist Ola Kvernberg, and a programme of Ibsen and late Beethoven with actor Bjørn Sundquist. The Engegård Quartet’s own ‘1-2-3 mini-festival’ has proven immensely popular and is now a regular event each year. ‘Beethoven 1-2-3’ is planned for November 2018, and will provide a feast of chamber music, song, piano works and lectures.
The Engegård Quartet is supported by the Norwegian Arts Council.