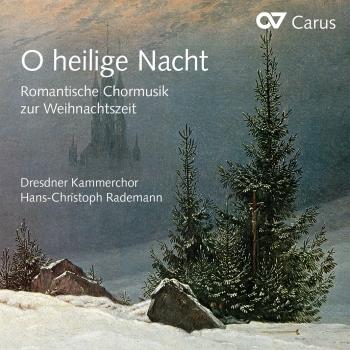 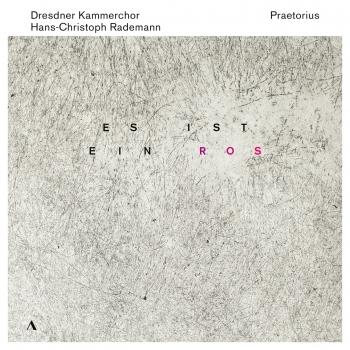 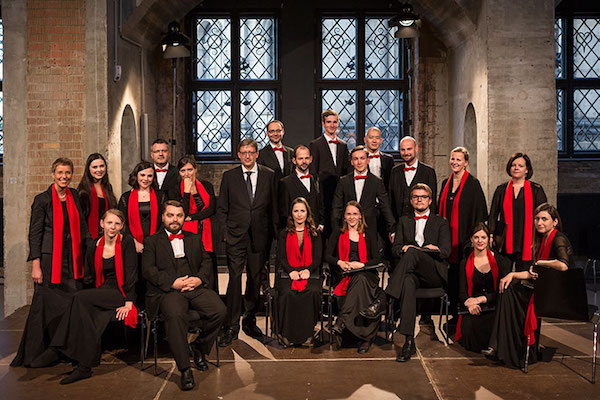 The Dresdner Kammerchor
chamber choir ranks among the top choirs in Germany and is famous for its unique sound combining clarity with great intensity of tone. A fresh, lively charisma and the much praised complete harmony and transparency are the strengths of the internationally demanded ensemble. Since its foundation in 1985, the choir has been refined by its conductor, Hans-Christoph Rademann - a world renowned choral sound specialist, into a professional ensemble that has received broad acclaim on its numerous concert trips in and outside Europe (i.e. USA, South Africa, India, and China). The choir also receives regular invitations to international music festivals of great reputation like the Rheingau Musik Festival, Oude-Muziek-Festival (Utrecht), Festivales Musicales (Buenos Aires), Bachwoche Ansbach and Händelfestspiele (Halle and Göttingen).
The ensemble has developed a highly diverse repertoire that is almost unparalleled, partially due to the fact that it's membership count varies according to whichever style is performed. The extensive repertoire ranges from Renaissance music to compositions of the 21st Century. The interpretation of Romantic works received great attention, and the choir won several awards for performances at international competitions. Further the granting of the Sponsorship award of the Ernst-von-Siemens Foundation for New Music demonstrates the ensemble's achievements in the field of contemporary music. Apart from a cappella music the Dresdner Kammerchor maintains a close association with the orchestra Dresdner Barockorchester and the Ensemble "Alte Musik Dresden" and gives new impetus to the conservation of early music in Saxony.
A variety of radio and CD productions as well as frequent cooperation with renowned orchestras and conductors, from Germany and abroad, underscore the reputation of the choir. Among the most famous are the conductors René Jacobs, Sir Roger Norrington, Adam Fischer, Riccardo Chailly and the ensembles Sächsische Staatskapelle, Gewandhausorchester Leipzig, The Orchestra of the Age of Enlightenment, Concerto Köln and Akademie für Alte Musik Berlin. Moreover, the CD production of Der Schwanengesang by Heinrich Schütz was awarded the Grand Prix du Disque and the world premiere recording of Requiem in E flat major by Johann Adolph Hasse received the German disc critics award. Currently there are two new productions available: the complete recording of Geistliche Chormusic, 1648 by Heinrich Schütz and the oratory Saul by Georg Friedrich Händel.
The Dresdner Kammerchor is a member of the associations Verband Deutscher KonzertChöre (VDKC) and Arbeitskreis Musik in der Jugend (AMJ).