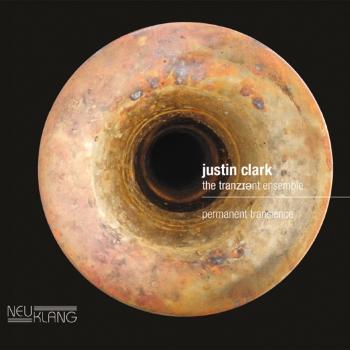 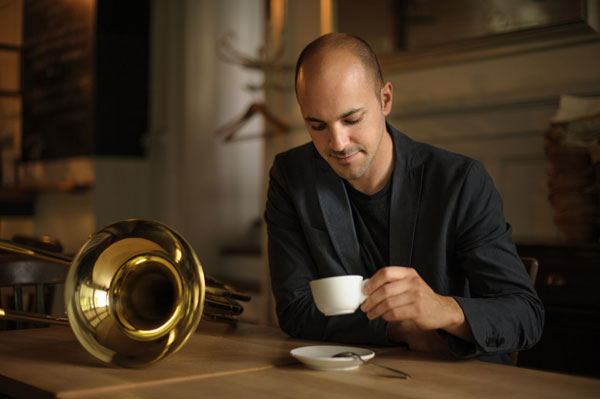 Justin Clark
was Born and raised in Rhode Island, USA and was encouraged to perform music from a young age. Comfortable in many genres his playing has been described as “delicate while fiercely intense.” Already with an orchestral career that has taken him literally around the world, Justin is gaining recognition as a soloist, recording artist, and educator.
From 1999-2003 Justin attended the Music Industry program of Syracuse University where he was a winner of the University Concerto competition and performed Chris Brubeck’s “James Brown in the Twilight Zone” with orchestra. In 2003 he graduated with honours under the guidance of Professor William Harris. He then continued his studies at the Manhattan School of Music with bass trombone virtuoso David Taylor. After a brief sojourn touring the US with a broadway musical he pursued his studies further with Professor Donald Harwood at the Juilliard School in New York.
While at Juilliard in 2006 he won the position for Bass Trombone with the Berne Symphony Orchestra, in Berne Switzerland. Since emigrating to Switzerland Justin has appeared as a guest with many orchestras including the Tonhalle Orchestra Zurich, the Opernhaus Zurich, Orchestra de Chambre de Lausanne, Orchestre de la Suisse Romand, Lucerne Symphony Orchestra, Symphony Orchestra Basel, Symphony Orchestra St. Gallen, and the Gstaad Festival Orchestra. Further afield Justin has performed with the Malaysian Philharmonic, the Qatar Philharmonic, the Boston Pops, the Robert Schumann Philharmonie (Chemnitz, Germany), and the Czech Orchestra Janacek de Brno. In April 2014 he performed with the Lucerne Festival Orchestra under Andris Nelsons for Claudio Abbado’s Memorial Concert. Since 2012 he has performed on numerous international tours and CD recordings with the Budapest Festival Orchestra under Maestro Ivan Fischer in Europe, North America, Asia, and the Middle East.
In addition to his busy orchestral career Justin is also active as a soloist, chamber musician, and teacher. He appeared as a soloist with the Berne Symphony Orchestra in June 2011 performing Daniel Schnyder’s “Subzero” Bass Trombone Concerto and again in April 2012 with the Georgisches Kammerorchester Ingolstadt, Germany under Maestro Lavard Skou-Larsen, both to critical acclaim. In 2013 Justin was appointed Professor of Bass Trombone at the Haute Ecole de Musique in Geneva, Switzerland. Other solo appearances include a recital and masterclass in Taipei, Taiwan, and at Radio Suisse Romand’s “La Schubertiade” in Switzerland.
Clark studied renaissance and classical trombone with Charles Toet at the Schola Cantorum Basilensis from 2009 until 2011 and is often engaged by historical practice orchestras and chamber groups including the Capriccio Barock Orchester Basel and the Freiburger Barock Orchester. In 2013 he co-founded the group “Il Concerto dei Fiati,” a group of cornett and sackbutt players dedicated to historical performance practice.
In 2006 Clark was a member of the Tanglewood Festival, where he also performed as a substitute in the Boston Pops under Maestro John Williams. He was a finalist in the International Trombone Association’s bass trombone soloist competition in 2003 in Helsinki, and 2004 in Ithaca, New York. In both 2004 and 2005 Clark won first prize at the Eastern Trombone Workshop’s solo competition for Bass Trombone in Washington, D.C.