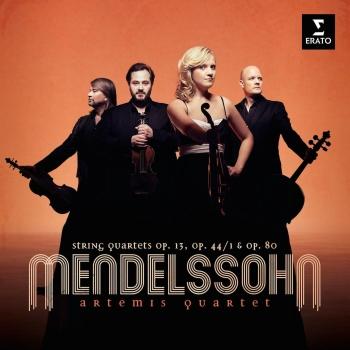 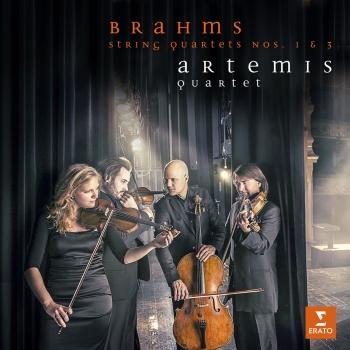 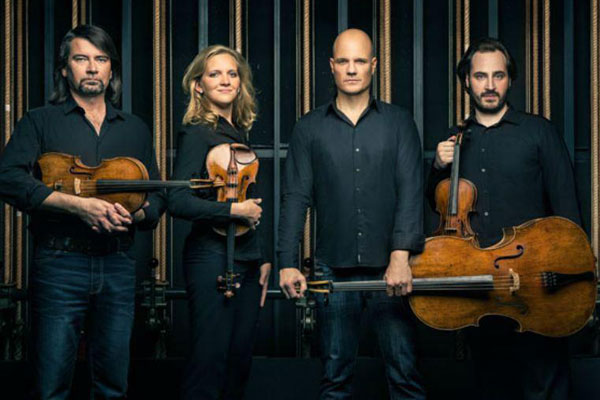 Artemis Quartet
was founded in 1989 at the Musikhochschule Lübeck, and is recognised today as one of the foremost quartets in the world. Their mentors include Walter Levin, Alfred Brendel, the Alban Berg Quartet, the Juilliard Quartet and the Emerson Quartet.
The ensemble had its international breakthrough with first prizes at the ARD Wettbewerb in 1996 and at “Premio Borciani” half a year later. Subsequently, the musicians received an invitation to the Wissenschaftskolleg zu Berlin, where they were able to expand their musical studies and enjoy interdisciplinary exchange with renowned scholars.
Since its successful debut at the Berlin Philharmonie in 1999, the quartet has performed in all the great music centres and international festivals in Europe, the USA, Japan, South America and Australia. In July 2007, the ensemble greeted new members Gregor Sigl and Friedemann Weigle; in August 2012, the Latvian violinist Vineta Sareika took up the post of 1st violin.
In 2003, the Beethoven-Haus Society awarded the Artemis Quartet an honorary membership in recognition of its interpretations of Beethoven's works. Film director Bruno Monsaingeon created an impressive portrait of the musicians and their performance of Beethoven's Grosse Fuge op. 133 in his 2001 film “Strings Attached”.
As a celebration of its special affinity for Beethoven’s music, as well as its 20th anniversary as an ensemble, the quartet embarked on a Beethoven cycle in 2009, which was performed over two seasons in Berlin, Brussels, Florence, Cologne, London, Paris and Rome. The project culminated in a recording of the complete quartets with Virgin Classics/EMI. The “Beethoven Complete” project was awarded the prestigious French “Grand Prix de l’Académie Charles Cros.”
Since 2004, the Artemis Quartet has been programming its own critically renowned series in the Berlin Philharmonie and, in addition, was named Quartet in Residence at the Vienna Konzerthaus in 2011.
In recognition of its 2012 recording of the three great Schubert quartets, the Artemis Quartet has been invited to design a concert series featuring these works and many guest artists in the Salle Pleyel in Paris for the 2013/14 season.
Collaborations with other musicians have always been an important source of inspiration for the ensemble. The quartet has toured with such personalities as Sabine Meyer, Elisabeth Leonskaya, Juliane Banse and Jörg Widmann. Some collaborations have also been documented on CDs, such as the Brahms and Schubert piano quintets with Leif Ove Andsnes, the Schubert quintet with Truls Mørk or Schoenberg’s “Verklärte Nacht” with Thomas Kakuska and Valentin Erben of the Alban Berg quartet.
The Artemis Quartet has had an exclusive recording contract with Virgin Classics/EMI since 2005; they can boast of an extensive discography. Their recordings have been recognized with the prestigious “Gramophone Award” as well as the “Diapason d’Or” and the ECHO-Klassik (twice).
A focus on contemporary music is an important part of the ensemble's work, in part because they wish to keep developing an eye for new elements in already well-established music. Composers such as Mauricio Sotelo (2004), Jörg Widmann (2006) and Thomas Larcher (2008) have written pieces for the Artemis Quartet. The premiere of a concerto for quartet and orchestra by Daniel Schnyder is planned for 2014.
In addition to their concert careers, the four musicians are professors at the Universität der Künste in Berlin and at the Chapelle de la Reine Elisabeth in Brussels.