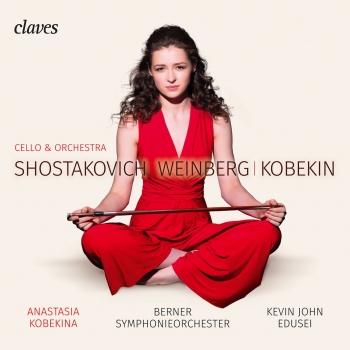 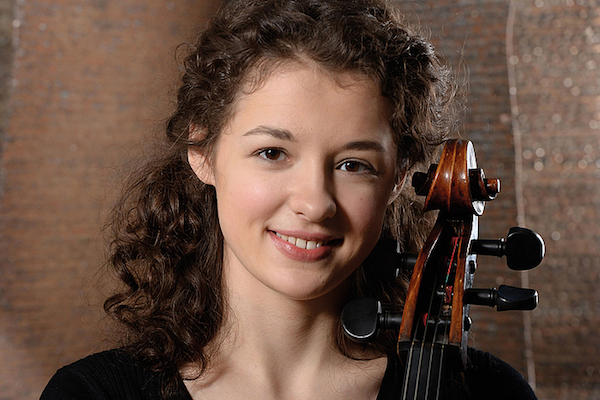 Anastasia Kobekina
The Russian cellist Anastasia Kobekina is a multiple prize winner at international competitions. In 2018, she was awarded the Prix Thierry Scherz and the Prix André Hoffmann at the Swiss winter music festi­val “Sommets musicaux de Gstaad”, which includes a recording with orchestra for the Swiss recording label Claves. In the same year, Anastasia was selected by BBC 3 to join the BBC New Generation scheme from 2018 to 2020.
In 2016, she won the soloist prize of the renowned German festival „Festspiele Mecklenburg-Vorpommern“ and the 2nd prize at the George Enescu Competition in Bukarest. In 2015, Anastasia Kobekina won the 1st prize at Germany’s most important International Youth Competition “Tonali15 Music Competition” (Hamburg). As a result of this competition success, Anastasia earned €10.000 prize money and a violoncello made by G. B. Guadagnini loaned for three years. Additionally, in her home country, Anastasia also was the first-prize winner of several international competitions, such as the television contest “Nutcracker” in 2007 and the competition “New names” (2008).
As a soloist, Anastasia recently has played with orchestras such as Konzerthausorchester Berlin, Gidon Kremer’s Kremerata Baltica (including participating in a CD production), German Chamber Philharmonic Bre­men, Chamber Orchestra of the “Viennese Music Association”, Moscow Virtuosi, Vienna Symphonics, Orchestra of the Mariinsky Theater under the baton of V. Gergiev, the Moscow Tchaikovsky Symphony Orchestra, Moscow Virtuosi, Israel Camerata, and the Sinfonia Varsovia under the baton of Krzysztof Penderecki. Furthermore, the cellist has performed at prestigious venues like Lincoln Center, Avery Fisher Hall, Berlin Konzerthaus, Zurich Tonhalle and Mariinsky Theater. Additionally, she participated in many International festivals. Among them are the Chamber Music Week of the Verbier Festival, Les Flâneries Musicales de Reims, Kronberg Cello Festival, Festival „Spannungen“ Heimbach, Easter Festival of Aix-en-Provence, and Festspiele Mecklenburg Vorpommern. She regularly performes with excellent musicians like Gidon Kremer, András Schiff, Yuri Bashmet, Isabelle Faust, Lars Vogt, Artur Pizarro and Nicolas Altstaedt.
In 2012, Anastasia has participated in the Verbier Festival Camp.
In November 2016, Anastasia Kobekina also was invited by Rolando Villazón to his German/French TV Show on arte TV „Stars of tomorrow“.
From 2012 to 2016, Anastasia has studied at the prestigious German Kronberg Academy with Frans Helmerson. From 2016 to 2018, the cellist continued her study at the class of Jens Peter Maintz at University of Arts in Berlin. She curently studies in Paris.
In 2018 came out the debut CD of Anastasia on the French label „Disque Auvers“ together with pianist Paloma Kouider with works of Stravinsky, Franck and Myaskovsky“.
Berne Symphony Orchestra
can look back on a 140-year tradition as orchestra in the capitol city of Switzerland. With its nearly 100 musicians from over 20 different nations, the symphony orchestra is unified under the umbrella “Konzert Theater Bern” along with the opera, drama, and dance divisions of the theater.
At the beginning of the 2010/2011 season, the position of head conductor of the BSO was taken over by Swiss Mario Venzago. Among his predecessors are counted Andrey Boreyko, Dmitrij Kitajenko, and Peter Maag. Notable guest conductors, such as Bruno Walter, Wilhelm Furtwängler, Karl Böhm, Herbert von Karajan, as well as more recently, Eliahu Inbal, Sir Neville Marriner, Eiji Oue, Jun Märkl, and Michael Sanderling have also left and continue to leave their marks on the orchestra. World-class soloists like Joshua Bell, Sol Gabetta, Patricia Kopatchinskaja, Fazil Say, Mischa Maisky, or Jean-Yves Thibaudet, as well as young classical stars like Kit Armstrong, Lise de la Salle, or Christoph Croisé see to it that the good reputation of the Berne Symphony Orchestra transmits well beyond the country’s borders. This leads to regular invitations inside and outside of Switzerland, such as the May 2017 tour of China.
The young, highly motivated BSO, now one of Switzerland’s largest orchestras, performs about 50 concerts per season. Besides the symphony concerts, the Gala and New Year’s Concerts in particular are among the cultural highlights of the year. The BSO also attracts a large and enthusiastic audience at its annual open-air concert on the Bundesplatz Bern (the capital’s main square), and offers the citizens of Berne a musical home. The Berne Symphony Orchestra’s further activities include guest performances in Switzerland and abroad as well as radio and CD recordings.