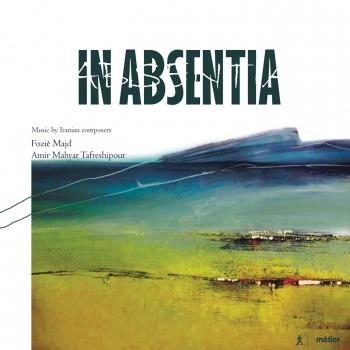 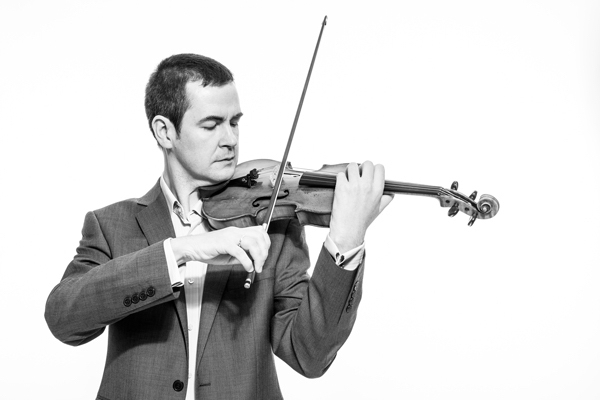 Darragh Morgan
Irish violinist Darragh Morgan (b. 1974) leads a successful career in classical music and is known for his versatile ability to perform music from baroque to contemporary styles. He frequently performs and records solo and concerto repertoire including world premieres and works dedicated to him written by major contemporary composers such as Arvo Pärt, Sir John Tavener, Kevin Volans, Gerald Barry and Michael Finnissy. His impeccable technique and openness to exploring new styles are widely recognised and have led to regular collaborations with artists such as Thomas Adès, Emmanuel Pahud and Nicholas Daniel. World-class international groups, including Ensemble Modern, London Sinfonietta, Birmingham Contemporary Group and Les Siècles have invited Darragh to be their guest leader and this has seen him working closely with conductors Pierre Boulez, François-Xavier Roth, Oliver Knussen and Heinz Holliger.
As a soloist, Darragh has performed at Wien Modern, Festival d’Automne Paris, Osterfestival Tirol, Lucerne Festival, BBC Proms Chamber Music, Aldeburgh, Spitalfields, Cheltenham, and Huddersfield Contemporary Music Festivals. His interest in chamber music has led him to found The Fidelio Trio. Described by The Sunday Times as “the virtuosic Fidelio Trio”, they have performed at Wigmore Hall and Shanghai Oriental Arts Centre, and recorded Michael Nyman’s Complete Piano Trios for MN Records and Philip Glass Trios on Orange Mountain Music. As former violinist in the Smith Quartet, the group performed and recorded with artists as diverse as Louis Andriessen, Gavin Bryars and Steve Reich, and appeared at Seoul Arts Centre and The Phillips Collection, Washington D.C.
Darragh has recorded over 50 solo and chamber albums for classical music labels including Métier, NMC, Naxos, Resonus Classics and Signum.
He serves on the violin faculty at The Royal Welsh College of Music and Drama, and previously at The Royal Conservatoire of Scotland. He is regularly invited to give masterclasses at world-class institutions such as Peabody Conservatory and Curtis Institute.
His achievements as a musician are heavily indebted to his teachers and coaches including Yehudi Menuhin, Mauricio Fuks, Pinchas Zukerman, Detlef Hahn and the Amadeus and Takács Quartets during his formative years. Darragh plays an 1848 Giuseppe Rocca violin, generously on loan from the Morgan-Rocca Instrument Trust which is administered by The Royal Society of Musicians.
Deirdre Cooper
has held positions with the Scottish Ballet Orchestra as principal cellist, The BBC Scottish Symphony as sub principal and the Philharmonia Orchestra as their number 3 cellist. She is currently principal cellist with L’Orchestre Des Jardins Musicaux in Neuchâtel, Switzerland. Her commitment to promoting contemporary music has led to many collaborations, including concerts with Fidelio Trio, Birmingham Contemporary Music Group and others. Deirdre has been with the Smith Quartet for nearly 20 years.
Fiona Winning
was until 2014 Principal Viola of the Royal Philharmonic Orchestra and before that the Royal Liverpool Philharmonic Orchestra. She has been a regular guest principal of the Philharmonia and London Philharmonic Orchestras, including four seasons at Glyndebourne Opera, and of the Aurora Orchestra, London Sinfonietta and Scottish Chamber Orchestra. She spent two years as violist of the Edinburgh Quartet.
For seven years Fiona was a member of the Scottish Ensemble with whom she performed at the Wigmore Hall, BBC Proms, and at the Edinburgh International, Aldeburgh and City of London Festivals, and broadcast regularly on Radio 3.Fiona studied at the Juilliard School in New York where she lived and worked for 6 years. When not playing the viola she enjoys climbing mountains and has climbed 6000m peaks in the Bolivian Andes and the Himalayas.
Fiona plays on an Antonio Gragnani viola from 1780. She lives in London with her husband and two sons.
Patrick Savage
is a free-lance orchestral concertmaster, chamber musician, and composer for film. He was Principal First Violin in the Royal Philharmonic Orchestra for several years and was formerly leader of the Tippett String Quartet.
As a composer he is half of the Savage & Spies film composer duo, perhaps best known for scoring the 2009 cult horror film, The Human Centipede. Patrick also leads the band for the West End production of the musical, Hamilton.