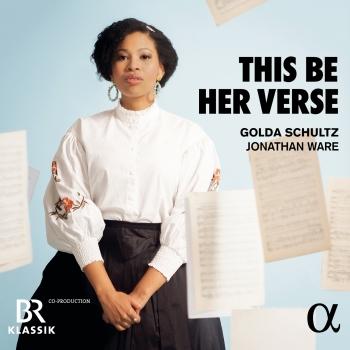 This Be Her Verse 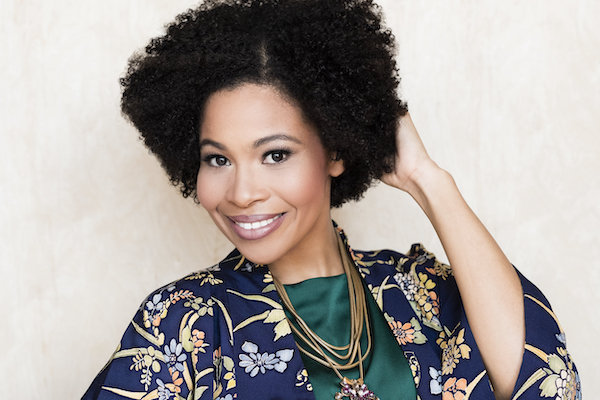 Golda Schultz
South African soprano Golda Schultz is internationally hailed as one of today’s most talented and versatile artists; as at home in leading operatic roles as she is as featured soloist with the world’s foremost orchestras and conductors, she garners consistent praise for a fresh, radiant stage personality and lustrous tone. BR-Klassik wrote of her recent role debut as Agathe in Weber’s Der Freischütz at Bayerische Staatsoper: “Her voice is warm, natural, focused, it glows – a voice whose emotional power and beauty no one can resist. This was world class.”
In the 2021/2022 season Golda Schultz adds two new roles to her repertoire: Anne Trulove in The Rake’s Progress which she sings at the Metropolitan Opera under Susanna Mälkki, and Adina in L’elisir d’amore which will mark her debut at Opéra national de Bordeaux under Nil Venditti. At Bayerische Staatsoper, she will appear as both Agathe and Contessa Almaviva (Le nozze di Figaro), the latter role she also sings at the Metropolitan Opera under Music Director Yannick Nézet-Séguin.
On the concert platform, Schultz will open the season with Danish National Symphony Orchestra and Fabio Luisi in Mahler and the Los Angeles Philharmonic Orchestra and Gustavo Dudamel in Strauss’ Vier letzte Lieder. She sings Mendelssohn’s Elias with Gewandhausorchester Leipzig and Andris Nelsons, Mozart’s Requiem as part of Salzburger Osterfestspiele under Christian Thielemann, Barber’s Knoxville, Summer of 1915 with Orchestre Philharmonique de Radio France and Santtu-Matias Rouvali, and debuts with the New York Philharmonic Orchestra, also under Rouvali, in Strauss’ Brentano Lieder.
A committed recitalist, Schultz and collaborative pianist Jonathan Ware appear this season in Berlin, Köln, Philadelphia, San Francisco and Halifax, NS in ‘This be her verse’: a programme exploring the worlds and inspirations of female composers from the Romantic era to present day, including a commission by Kathleen Tagg and Lila Palmer.
Trained at New York’s Juilliard School and Bayerische Staatsoper’s Opernstudio, Schultz found immediate success on both sides of the Atlantic through operatic appearances including Contessa Almaviva at Wiener Staatsoper, Opernhaus Zürich and Glyndebourne Festival Opera, Sophie (Der Rosenkavalier) at Salzburger Festspiele and New National Theatre Tokyo, Clara in Jake Heggie’s It’s A Wonderful Life at San Francisco Opera, Liù (Turandot) at Wiener Staatsoper and Bayerische Staatsoper, Susanna (Le nozze di Figaro) at Teatro alla Scala, Pamina (Die Zauberflöte), Nanetta (Falstaff), Clara (Porgy and Bess) and Sophie at The Metropolitan Opera and Vitellia (La clemenza di Tito) at Salzburger Festspiele.
In 2020, Golda Schultz was featured soloist of The Last Night of the BBC Proms and, together with Dalia Stasevska and the BBC Symphony Orchestra, their specially-curated programme was broadcast live on radio and television to a global audience of millions. Other recent concert highlights include a remarkable week with the Los Angeles Philharmonic during which she joined Esa-Pekka Salonen for Sibelius’ Luonnotar, Gustavo Dudamel for Beethoven’s Symphony No.9, and Zubin Mehta for Mahler’s Symphony No.2. With The Cleveland Orchestra and Franz Welser-Möst she performed Haydn's Die Jahreszeiten in Cleveland and at New York’s Carnegie Hall, and in Mozart’s Requiem she debuted with the Philadelphia Orchestra and Yannick Nézet-Séguin. Last season, Golda Schultz joined Accademia Nazionale di Santa Cecilia in an all-Mozart gala under Riccardo Minasi and she debuted at the Edinburgh International Festival in Errollyn Wallen’s new work Dido’s Ghost in the summer of 2021.
Jonathan Ware
Sought after as a song accompanist and chamber musician, during 2019/20 Jonathan gives concerts across Europe at venues including the Théâtre des Champs-Elysée, Berlin Staatsoper, Bordeaux Opera, the Concertgebouw Amsterdam, Wigmore Hall, and the Pierre Boulez Saal, collaborating with Elsa Dreisig and Robin Tritschler.
In 2020 he makes his debut at La Scala with Bejun Mehta and returns to the Heidelberger Frühling Festival with Bejun Mehta and Ludwig Mittelhammer. In the United States, Jonathan also gives recitals at Carnegie Hall with Golda Schultz, the Kennedy Center in Washington D.C. with Brenda Rae, and the University of California Mondavi Center with Luca Pisaroni.
Over the last year Jonathan has recorded with Elsa Dreisig for Warner Classics, Ludwig Mittelhammer for Berlin Classics and Bayerisches Rundfunk, as well as Renata Pokupić and Krešimir Stražanac for the Croatian Radio Television label. He gave recitals at the Pierre Boulez Saal, Snape Maltings, the Elbphilharmonie, L’Auditori, as well as the Garmisch Strauss Festival, and collaborated with the Vogler Quartett and trombonist Peter Moore at major venues including in Europe, and with oboist Olivier Stankiewicz in the US, appearing at the Morgan Library in New York to critical acclaim. Texas born, Jonathan now resides in Berlin where he teaches at the Hochschule ‘Hanns Eisler’ and Barenboim-Said Academy. He studied at the Juilliard School, Eastman School of Music, and the Hochschule für Musik ‘Hanns Eisler’. Awards include 1st Prize with Ludwig Mittelhammer in the International Hugo Wolf Competition and the Pianist’s Prize at both Das Lied and Wigmore Hall/Kohn Foundation Song Competitions. In 2014 he was selected for representation by Young Classical Artists Trust.
During the 2012/13 season Jonathan was artistic co-director of Schubert and Company, a year-long festival devoted to the performance of the complete Schubert Lieder in New York. He has been a member of the coaching staff of the Steans Institute at Chicago’s Ravinia Festival and the Internationale Meistersinger Akademie in Neumarkt Germany. He regularly returns to the Verbier Festival Academy as staff and to the Samling Institute to lead masterclasses.
Jonathan has performed widely throughout Europe appearing at venues including the Munich Philharmonie, Kölner Philharmonie, Berlin Konzerthaus, the Rheingau Festival and Salzburg Festival Dialogues at the Mozarteum. Collaborating partners have included Mojca Erdmann, Michael Collins, Golda Schultz, Dame Ann Murray, Dame Felicity Lott, Ailish Tynan, and Christiane Oelze and the Volger Quartett, among many others.