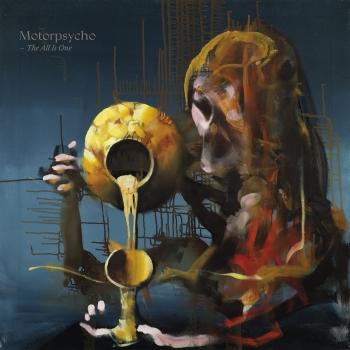 The All is One 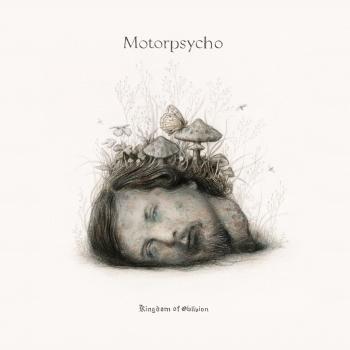 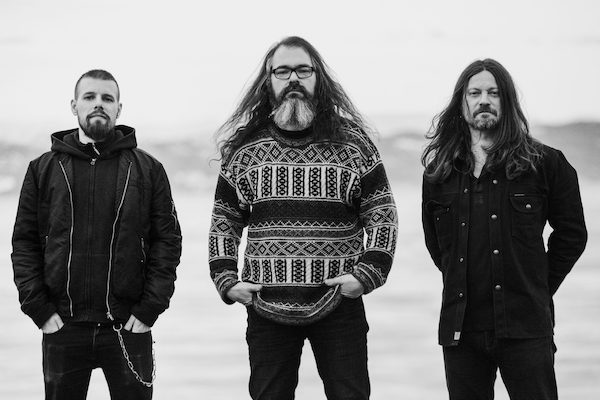 Motorpsycho
has its origins way back in the mid-1980s, when teenage Norwegian metal heads Hans Magnus ’Snah’ Ryan and Bent Sæther met. Agreeing that Rainbow Rising was the finest album ever recorded by anyone (a statement often thereafter and still to this day often amended and adjusted), the two later attended the same high school and played together in their first bands in the central Norwegian town of Steinkjer.
After graduation their ways parted, but less than two years later, in 1989, they again met – this time in Trondheim, where Bent attended university and worked as a DJ at the local college radio station. Having started a band for fun with Kjell Runar ‘Killerkjell’ Jensen and a couple of other DJ friends from work, ‘Aural Blow-job’ were in need of a new guitar player when a chance meeting on the bus rejoined the two. Later that fall, a record hunting trip to London provided the fledging power trio with a new name, and Motorpsycho was born.
Recording their first demo tape in January 1990, and playing their debut gig supporting TRBNGR at UFFA in Trondheim in April, the young band gigged as much as possible around Norway in the following months. They recorded what became their debut album Lobotomizer in Oslo in December 1990, signed with Oslo-based indie label Voices Of Wonder in May 1991, released the album in September, changed drummers and brought in Håkon Gebhardt to replace Killerkjell in October, and played their first foreign gigs in Denmark in December(!).
The new recruit was a friend of Snah’s from their year at Gauldal folk high school. A Tromsø-born multi-talent, Gebhardt was exactly what was needed at exactly the right time, and a new musical chemistry soon blossomed. Recording their sophomore effort, the Soothe mini-album, in the local Brygga Studio in Trondheim in January 1992, and following the mini album with two 7” singles later in the year to increasingly better acclaim, the band’s fortunes were on the rise when they in September added a fourth member, noise enthusiast and art school student Helge ‘Deathprod’ Sten. With his arrival, an avant-garde influence crept into the bands hitherto pretty straight-up post-hardcore psychedelic guitar rock, and when the quartet came out of Brygga Studio in December 1992 with double-LP Demon Box under their belt, a new standard was set.
Arguably still one of their finest efforts, and certainly the album on which their reputation was made, Demon Box was perceived as a radical shift in focus for the band, but in reality Deathprod’s arrival had basically removed the young band’s blinders and opened up their horizons to all the music they were interested in: no longer were there rights or wrongs and all forms of musical expression was from now on valid if done right: musical diversity was redefined as an asset and was from now on to be indulged. A huge success locally, Motorpsycho was the happening band in Norway when a third European tour that fall in support of the Mountain E.P. presented the band to enthusiastic European audiences.
After finishing the recordings that in the fall of 1994 were released as behemoth triple album Timothy’s Monster early in the year, a burned-out Deathprod threw in the towel and retired from touring. He was retained as a co-conspiracist and producer for the next decade, but live his role was supplanted by a variety of members in the following years. The first addition was Brygga Studio owner/engineer Lars Lien who reported for keyboard duties for two tours in support of the Another ugly EP in 1994 before handing the hot seat over to light engineer-turned keyboardist-turned guitarist Morten Fagervik the following year.
Timothy’s Monster was a logical extension of the free-for-all musical universe Motorpsycho established on the Demon Box, and in many ways surpassed its predecessor both artistically and commercially. It was released on EMI records domestically, and on the newly established Stickman Records outside of Norway, marking the start of a long and fruitful relationship that continues to this day.
The album was a success: the acclaim was wider and the audiences bigger, so when the innocent c&w-flirt/side project Soundtrack from The Tussler was sprung on an unexpected public mere months later, confusion reigned supreme for a week or two. This was the first incarnation of the less serious, playful side of Motorpsycho shown to the public. The grunge era had been anything but light and playful, and the climate of the day dictated that artists preferably behaved surly and as if they had heroin habits, so when Motorpsycho and a few friends released c&w versions of their own songs in an homage to Gram Parsons, Jerry Garcia, Doug Dillard and other first generation longhair-country purveyors, quite a few minds were blown. What was this? ...