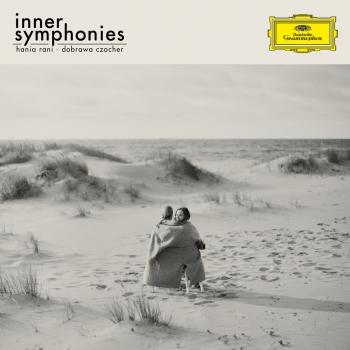 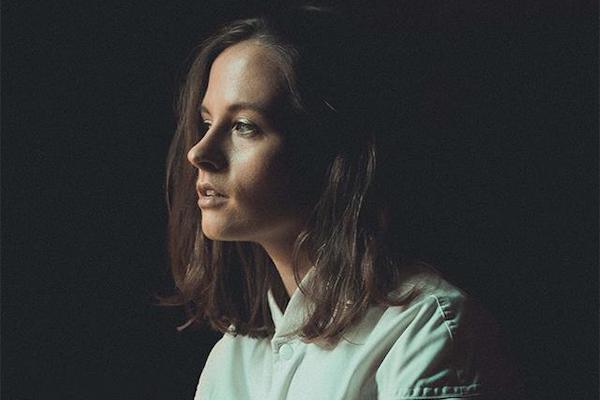 Hania Rani
is an award-winning pianist, composer and musician who, was born in Gdańsk and splits her life between Warsaw, where she makes her home, and Berlin where she studied and often works. Her debut album ‘Esja’, a beguiling collection of solo piano pieces on Gondwana Records was released to international acclaim on April 5th 2019, earning Rani four prestigious Fryderyk Awards including ‘Best Debut Album’, ‘Best Alternative Album’ and ‘Best New Arrangement’, in recognition from the Polish music industries very own Grammys. In the same year, Rani became the ‘Discovery of the Year 2019’ in the Empik Bestseller Awards whilst also earning the distinguished Sanki award for the ‘New face of Polish music’.
Her follow-up sophomore album, the expansive, cinematic, ‘Home’, was released on May 15th 2020 and finds Rani expanding her palate: adding vocals and subtle electronics to her music as well as being accompanied by bassist Ziemowit Klimek and drummer Wojtek Warmijak. The album reunites her with recording engineers, Piotr Wieczorek and Ignacy Gruszecki and the tracks were again mixed by Gijs van Klooster in his studio in Amsterdam and by Piotr Wieczorek in Warsaw. ‘Home’ was mastered by Zino Mikorey in Berlin (known for his work on albums by artists such as Nils Frahm and Olafur Arnalds). The album earned Rani another notable accolade of ‘Best Composer’, a further acknowledgement from Fryderyk with Rough Trade including it in their essential ‘Albums of the Year’.
For Rani, ‘Home’, is very much a continuation of the work she started on ‘Esja’, “the completion of the sentence” as she puts it. The album takes the listener on a metaphorical journey: the story of places that become our home sometimes by chance, sometimes by choice. It is the story of leaving a place that is familiar and the journey that follows it. Home opens with the fragment of the short story ‘Loneliness’ by Bruno Schulz, which can be seen as a parable of a journey that does not necessarily mean going beyond the physical door but can signify going beyond the symbolic limits of our knowledge and imagination.
The BBC Radio 4 Profile series invited Hania to be the subject of an in-depth portrait presented by Marc Coles and sees the program explore her background, inspirations and motivations to build a picture of this unique artists’ creative world. Further nominations came in 2020 from the AIM Independent Music Awards in two categories (‘International Breakthrough’ and ‘Best Creative Packaging’). Rani has also composed music for screen with her first full length movie soundtrack ‘I Never Cry’ directed by Piotr Domalewski and for the play ‘Nora’ directed by Michał Zdunik. Her song ‘Eden’ was used as the soundtrack to the short movie by Małgorzata Szumowska for Miu Miu’s movie cycle ‘Women’s Tales’.
“One can be lost but can find home in his inner part – which can mean many things – soul, imagination, mind, intuition, passion. I strongly believe that when being in uncertain times and living an unstable life we can still reach peace with ourselves and be able to find ‘home’ anywhere’ This is what I would like to express with my music – one can travel the whole world but not see anything. It is not where we are going but how much we are able to see and hear things happening around us”. — Hania Rani
Rani grew up in Gdansk with her parents (a doctor and architect) and surrounded by music and films. Initially inspired to study classical music, she was introduced to jazz and electronics at music school, widening her interests and as she puts it, “mixing Chopin & Schostakovitch with Dave Brubeck and Moderat”. Other inspirations include composers such as Max Richter, Esbjorn Svensson, Miles Davis, Nils Frahm, Murcof, Portico Quartet, Radiohead and even The Beatles. “It’s what connects all these artists that inspires me, their special approach to music and sound. For me they have big hearts and huge minds.”
But Rani’s inspirations aren’t just musical, she has drawn inspiration from places she has lived and visited. “It’s about the feeling, the general atmosphere, sometimes about memories. Moving to Berlin (where you have the freedom to be yourself), exploring Iceland and the wild mountains in Bieszczady, South-East Poland, all changed me as a person, so I guess, also affected me as an artist.”And inspiration comes too from visual arts. Her father was an architect and the arts remain hugely important to Rani. “I find that what really inspires my music is not the music, but all the other things. I take inspiration for the form of my own pieces from architecture and design. Then I translate this “foreign” language, to my own music and the outcome is way more interesting for me than just getting it from the music. Indeed, for Rani it is often an image or a colour that comes first, what she calls a sound image. “I can really feel the colours, the mood – just like with photography. If the image is strong enough, sounds come along very quickly, trying to build the right image stuck in my head. The music fills the space, the music brings the new worlds, new spaces.