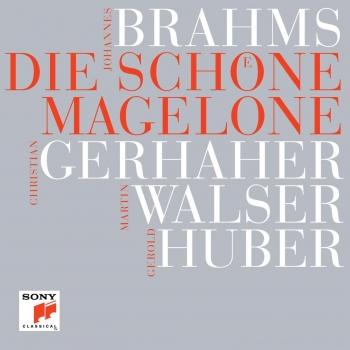 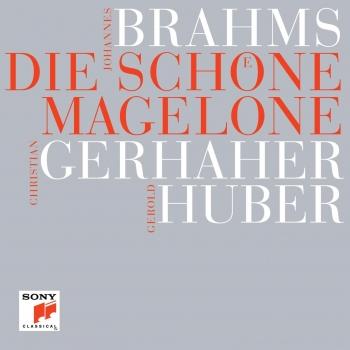 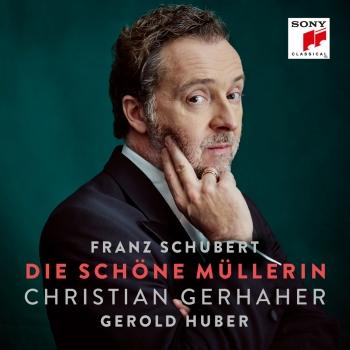 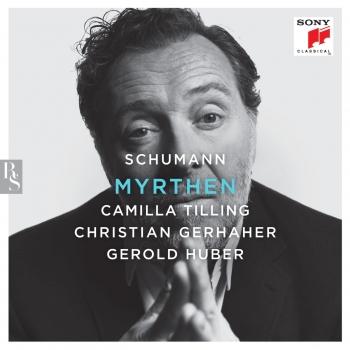 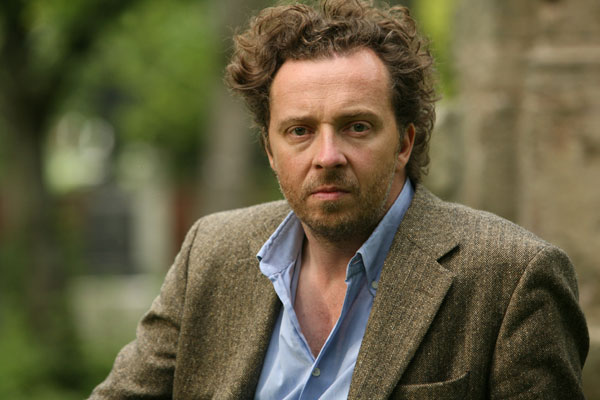 Christian Gerhaher
During his studies under Paul Kuen and Raimund Grumbach, German baritone Christian Gerhaher attended the Opera School of the Academy of Music in Munich and, together with his regular piano partner Gerold Huber, studied lied interpretation with Friedemann Berger. While completing his medical studies Christian Gerhaher perfected his vocal training in master-classes given by Dietrich Fischer-Dieskau, Elisabeth Schwarzkopf and Inge Borkh. In the meantime Christian Gerhaher is himself an enthusiastic teacher and holds an honorary professorship at the Academy of Music in Munich. In 2013 he received the German Theatre Award „Der Faust" for his portrayal of Pelléas.
Christian Gerhaher's exemplary lied interpretations with Gerold Huber set standards – their recordings have repeatedly won prizes. The lied duo can be heard on the stages of major international recital centres, for instance at the Wigmore Hall in London, in the Carnegie Hall in New York, the Concertgebouw Amsterdam, the Cologne and Berlin Philharmonie, the Konzerthaus and the Musikverein in Vienna. Christian Gerhaher is a regular guest at festivals such as the Munich Opera Festival, the Rheingau Music Festival, the London Proms, the Edinburgh and Lucerne Festivals as well as the Salzburg Festival. After the world premiere of Heinz Holliger's cycle Lunea on 23 fragments by Nikolaus Lenau in spring 2013 in Zurich, the 2013/14 season saw two further world premieres, both dedicated to Christian Gerhaher: Jörg Widmann's Das heiße Herz, followed by performances in Vienna, Frankfurt, London and Luxembourg (combined with Schumann and Fauré) as well as Goethe's Harzreise im Winter by Wolfgang Rihm, a programme contrasting settings of Goethe texts by Wolfgang Rihm and Franz Schubert. The world premiere was given at the Würzburg Mozart Festival in June 2014, further performances followed at the Rheingau Music Festival and the Salzburg Festival, and in the autumn in Paris, Amsterdam, Hamburg, Florence and at the Schubertiade in Hohenems.
Besides his principle activity giving concerts and recitals, Christian Gerhaher is also a highly sought-after performer on the opera stage. Under Riccardo Muti he sang Papageno in a production of The Magic Flute at the Salzburg Festival (issued by Decca as a DVD). Gerhaher gave guest performances in the title role in Henze's Prinz von Homburg at the Theater an der Wien, as Wolfram at the Teatro Real in Madrid, at the Vienna State Opera and Munich State Opera, and at the Royal Opera House Covent Garden in London, where he received the famous Laurence Olivier Award for his interpretation. Roles such as Mozart's Don Giovanni, again in Frankfurt – where he has already sung Orfeo, Wolfram, Eisenstein and Pelléas – Posa in Don Carlo in Toulouse or concert performances as Olivier in Capriccio at the Royal Opera House Covent Garden testify to Gerhaher's broad repertoire. Wolfram remains a constant role in his calendar in the opera houses in Berlin, Vienna, London and Munich. During the Munich Opera Festival in 2014 he has been much acclaimed in the title role in a new production of Monteverdi's Orfeo.
Christian Gerhaher performs together with conductors such as Nikolaus Harnoncourt, Simon Rattle, Herbert Blomstedt, Kent Nagano, Mariss Jansons, Daniel Harding, Bernard Haitink and Christian Thielemann in the world's major concert halls. Gerhaher's intensive preoccupation with the music of Gustav Mahler brought him together with Riccardo Chailly, Gustavo Dudamel and Pierre Boulez (Wunderhornlieder with the Cleveland Symphony Orchestra, also on CD, issued by DG). Major orchestras which regularly invite Christian Gerhaher to perform include the Berlin Philharmonic, Vienna Philharmonic and the London Symphony Orchestra. He also gives concerts with major orchestras outside Europe, for instance with the NHK Symphony Orchestra, the Boston Symphony Orchestra, and the Chicago Symphony Orchestra. Christian Gerhaher has very close ties with the Bavarian Radio Symphony Orchestra, a partnership audiences were able to enjoy in the 2012/2013 season during his residency with the orchestra. Together with this outstanding ensemble, conducted by Daniel Harding, Christian Gerhaher recorded his first album of arias devoted to opera in the German Romantic era and for which he received the International Opera Award 2013. In the 2013/14 season Christian Gerhaher was a particularly frequent guest in Berlin, the first time a singer has been artist in residence with the Berlin Philharmonic. Many concerts show how versatile the lyric baritone is, beginning with Mahler's Songs of a Wayfarer conducted by Simon Rattle, Schumann's Faust Scenes with Daniel Harding, Bach's St. John Passion and the Schubert cycles Die schöne Müllerin and Winterreise accompanied by Gerold Huber, as well as Schoeck's Notturno and Fauré's La bonne chanson with a quartet from the Scharoun Ensemble. During the 2014/15 season Christian Gerhaher has a residency at the Gesellschaft der Musikfreunde in Vienna and can be heard with the Bavarian State Orchestra conducted by Kirill Petrenko (Hartmann's Gesangsszene), with the Staatskapelle Dresden and Christian Thielemann (German Romantic arias) and in a Mahler recital in the Golden Hall of the Musikverein. This programme can also be heard in London, Paris, Essen and at the Salzburg Festival.
Christian Gerhaher's CDs are issued by Sony Music, with which he has an exclusive partnership. Accompanied by Gerold Huber, Schumann cycles, all the Schubert cycles, as well as many other lied recordings have been issued. Furthermore, Christian Gerhaher can be heard on CDs with orchestras such as the Berlin Philharmonic, the Cleveland Orchestra, the Bavarian Radio Symphony Orchestra and the Concentus Musicus Wien in works by Bach, Haydn, Mendelssohn, Humperdinck, Orff and Mahler, whereby this list is far from complete. Of primary importance to Christian Gerhaher is the music of Robert Schumann – both Paradies und die Peri and in particular his interpretation of Scenes from Goethe's Faust were recorded live and are available on CDs issued by Sony and RCO live, and will also be issued very soon on the BR Klassik Label. In January 2014 Christian Gerhaher received the German record critics' honorary prize Nachtigall 2014.