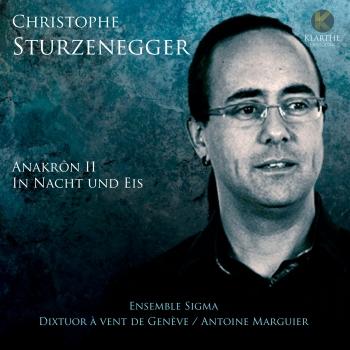 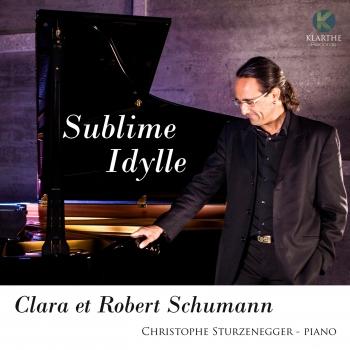 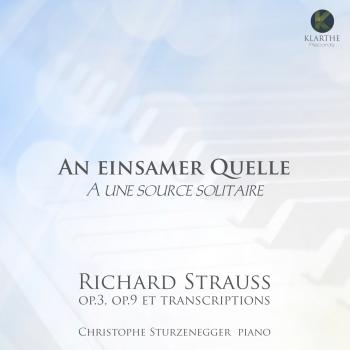 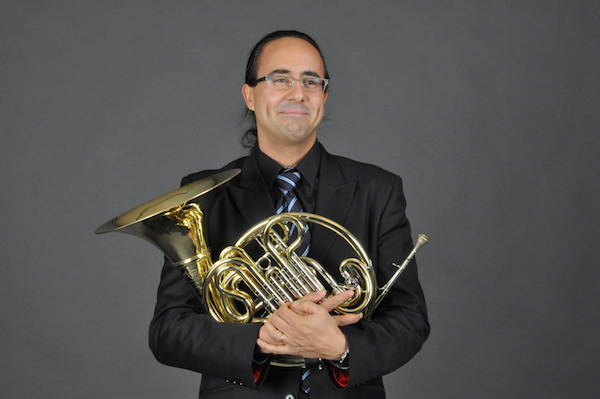 Christophe Sturzenegger
Born in Geneva, musician Christophe Sturzenegger has won a number of awards given by advanced conservatories (Horn, Piano, Music Theory, Harmony).
As a HORN PLAYER, he studied under Gregory Cass and Bruno Schneider. Sturzenegger then joined the GUSTAV MAHLER JUGENG ORCHESTER and played with orchestras (Zurich Opera - academy- and the Basel Symphony Orchestra) for four years before deciding to pursue a career as a chamber musician and freelance performer. He thus rubbed shoulders with some of the greatest conductors (Abbado, Levine, Santi, Marriner, von Dohnanyi, Ashkenazy,...) and appeared as a soloist conducted by Emmanuel Krivine. Sturzenegger won Second Prize in the Concours National d'Exécution Musicale de Riddes (Riddes National Musical Performance Competition) and was a semi-finalist in the Concours International de Trévoux (International Trévoux Competition) (France). He was also awarded a Migros Scholarship and won the Kiefer-Hablitzel Award given by the Swiss Musicians' Association.
As a PIANIST, he studied under Elisabeth Athanassova and Marc Pantillon and was encouraged by such leading instructors as Sebok, Badura-Skoda, and Starkmann.
Sturzenegger won several competitions (Friedl Wald, Dénéréaz), in addition to the Neumann and Dumont Awards.
As part of the Trio Fortunate, he also received an award at the Whittaker competition. He has taught piano as a secondary instrument and keyboard harmony at Haute Ecole de Musique de Genève (Geneva School of Advanced Music Studies) since 2003. He performs regularly as a soloist with orchestras, at recitals, and with chamber music ensembles (primarily as one half of Duo Sforzando, which released a CD in 2004 on the Vde-Gallo label).
As a COMPOSER, Sturzenegger has been published by Woodbrass Music and has a catalogue of about fifteen works, including various commissioned compositions (primarily for the Concours Suisse de Musique pour la Jeunesse Swiss Musical Competition for).
Sturzenegger has already performed at a number of festivals in Europe and Japan (Salzburg, Verbier, Istanbul, London, Budapest, Tokyo, and Aix-en-Provence,...) and has made frequent radio appearances (concerts, broadcasts, round tables,...). He has also collaborated on a regular basis with the Orchestre de la Suisse Romande (Orchestra of French-Speaking Switzerland), the Orchestre de Chambre de Lausanne (Lausanne Chamber Orchestra), and a number of other Swiss orchestras. In 2006, Sturzenegger was a finalist in the international Web Concert Hall competition.