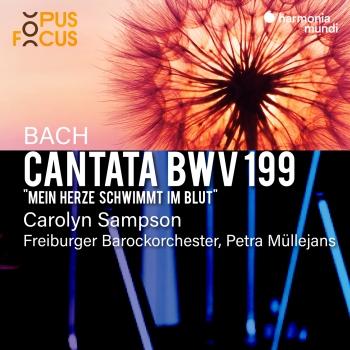 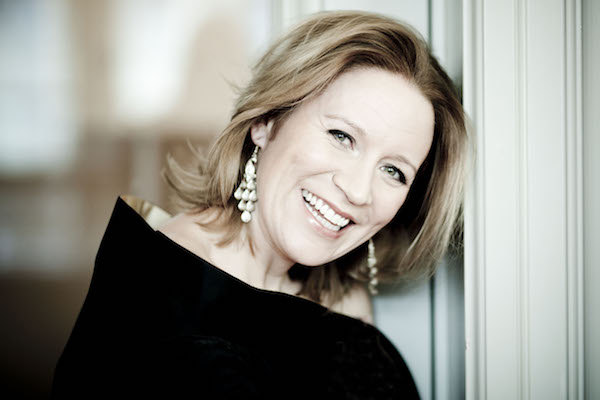 Carolyn Sampson
On the opera stage her roles for English National Opera have included the title role in Semele and Pamina in The Magic Flute. For Glyndebourne Festival Opera she sang various roles in Purcell’s The Fairy Queen, now released on DVD. In 2012 she sang Anne Truelove The Rake’s Progress in Sir David McVicar’s new production for Scottish Opera. Internationally she has appeared at Opéra de Paris, Opéra de Lille, Opéra de Montpellier and Opéra National du Rhin. She also sang the title role in Lully’s Psyché for the Boston Early Music Festival, which was released on CD and was subsequently nominated for a Grammy in 2008. Earlier this season she debuted the role of Mélisande Pelléas and Mélisande for Sir David McVicar’s new production at Scottish Opera.
Carolyn Sampson’s numerous concert engagements in the UK have included regular appearances at the BBC Proms and with orchestras including The Orchestra of the Age of Enlightenment, The English Concert, Britten Sinfonia, The Sixteen, the Hallé, Scottish Chamber Orchestra, Royal Liverpool Philharmonic and City of Birmingham Symphony Orchestras.
In Europe her many appearances have included concerts with Bergen Philharmonic, Royal Concertgebouw Orchestra, Freiburg Baroque Orchestra, Symphony Orchestra of the Bayerische Rundfunk, WDR Symphony Orchestra, Orchestra dell’Accademia Nazionale di Santa Cecilia, Gürzenich Orchestra, Rotterdam Philharmonic, Leipzig Gewandhaus Orchestra, Vienna Symphony Orchestra and the Salzburg Mozarteum Orchestra.
In the US Carolyn Sampson has featured as soloist with San Francisco, Boston, Detroit, Cincinnati Symphonies, the Philadelphia Orchestra and the St Paul Chamber Orchestra, and is a regular guest at the Mostly Mozart Festival. In October 2013 she made her Carnegie Hall recital debut to a sold-out audience in the Weill Recital Hall, and most recently gave recitals at the Lincoln Center, New York, and San Francisco Performances. In 17/18 she will perform and record Mahler Symphony No. 4 with Osmo Vänskä and the Minnesota Orchestra.
Carolyn works with conductors such as Sir Mark Elder, Riccardo Chailly, Ivor Bolton, Markus Stenz, Philippe Herreweghe, Harry Bicket, Trevor Pinnock, Louis Langrée, Harry Christophers, Andris Nelsons, Yannick Nezet-Seguin and William Christie.
A consummate recitalist, Carolyn Sampson appears regularly at the Wigmore Hall where was a “featured artist” in the 14/15 season. She has given regular recitals at the Saintes and Aldeburgh Festivals as well as the Amsterdam Concertgebouw. In the 14/15 season Carolyn at London’s Wigmore Hall.
Carolyn has built up a partnership with the pianist Joseph Middleton over recent years. Her debut song recital disc, ‘Fleurs’, with Joseph was released early in 2015 featuring songs by composers from Purcell to Britten, and was nominated in the solo vocal category of the Gramophone Awards. They recently released their second recital disc together, ‘A Verlaine Songbook’, exploring settings of the poetry of Paul Verlaine for BIS Records.
Carolyn’s Harmonia Mundi recording of Poulenc’s Stabat Mater and Sept Répons de Ténèbres was awarded the Choc de l’Année Classica 2014. Other recordings include Mozart’s Requiem with Bach Collegium Japan and her recording of Purcell songs for BIS which was selected as Editor’s Choice in the December 2007 issue of Gramophone Magazine. Her many recordings for Hyperion with The King’s Consort include a highly acclaimed CD of Mozart sacred music ‘Exsultate jubilate’ which was selected as BBC Music Magazine’s “Record of the Month” and was also the recipient of an ECHO Award. She recorded a highly-acclaimed CD of Stravinsky’s Les Noces and Mass for Harmonia Mundi and Bach’s Christmas Oratorio with the Leipzig Gewandhaus Orchestra and Riccardo Chailly for the Decca label.
Her recording with Ex Cathedra on the Hyperion label, ‘A French Baroque Diva’ – celebrating Marie Fel, a star soprano of Rameau’s time won the recital award in the 2015 Gramophone Awards. Carolyn was also nominated for Artist of the Year in the 2017 Gramophone Awards, and her recording of Mozart’s Mass in C minor and Exsultate Jubilate with Masaaki Suzuki and Bach Collegium Japan won the Choral Award. Her recent disc of Bach Cantatas for soprano with Freiburger Barockorchester with Petra Müllejans for Harmonia Mundi was awarded a Diapason D’or.
From the 17/18 season she tours with Freiburger Barockorchester, Bach Collegium Japan and the Orchestra of the Eighteenth Century; performs with Boston Symphony, Philadelphia Orchestra, Rotterdam Philharmonic, Symphonieorchester des Bayerischen Rundfunks, Danish National Radio Symphony, Tonkünstler-Orchester, as well as concerts in the UK with the Scottish Chamber Orchestra, Gabrieli Consort and Players, Academy of Ancient Music, and Ex Cathedra. Recital highlights include those in Frankfurt, Amsterdam, Vienna, Japan and London.