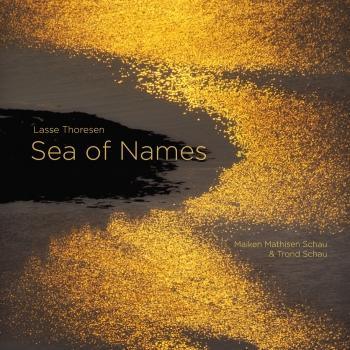 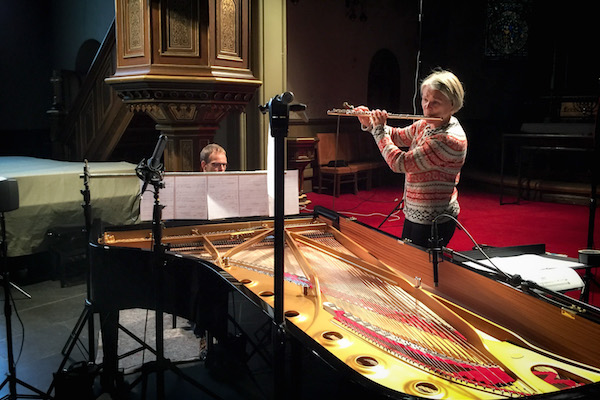 Maiken Mathisen Schau
The Norwegian flutist Maiken Mathisen Schau (b. 1970) concluded her studies at the Royal Danish Academy of Music in 1995 with concert debuts in Copenhagen and Aalborg. She had already, while studying, played Carl Nielsen’s ute concerto with the Trondheim Symphony Orchestra, been acclaimed “Debut Soloist of the Year” at the Arctic Arts Festival, and performed on Norwegian radio and TV. Since 1999 she has been flautist in the Royal Norwegian Navy Band, but she also receives frequent invitations to play chamber music and perform as soloist. She has premiered several works by Norwegian composers, has participated in about 30 recordings and has played at many leading festivals both in and outside Norway. Maiken Mathisen Schau is also flautist in the Norwegian sinfonietta Ensemble Ernst.
Trond Schau
(b.1970) studied at the Norwegian Academy of Music, the Royal Danish Academy of Music, and the Liszt Academy. He gives recitals and has performed on many occasions as soloist with professional ensembles. He is kept busy as chamber musician and accompanist playing alongside some of the most outstanding artists in Norway’s musical life. In recent years he has, through his duet performances with his wife Maiken Schau, established himself as an acknowledged accompanist of the ute repertoire, and this has led to engagements with, among others, Mathieu Dufour, Wissam Boustany, Paul Edmund Davies and Gergely Ittzes. In addition to numerous concerts in Scandinavia, he has played at festivals in London, Holland, Germany, Poland and the USA. Trond Schau combines his life as a freelance concert musician with working as a staff accompanist at the Norwegian Academy of Music.