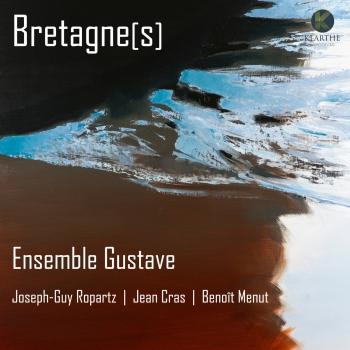 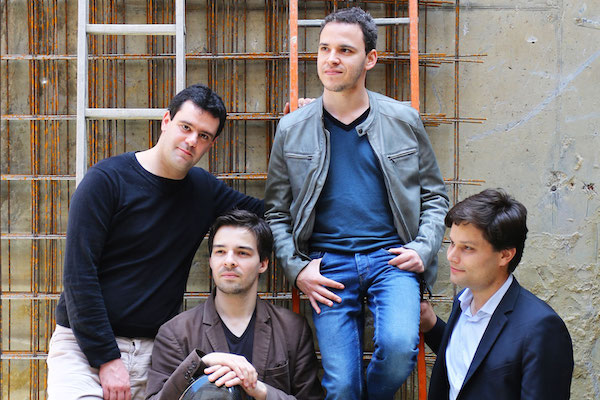 Ensemble Gustave
The members of Ensemble Gustave, Sullimann Altmayer, Mayeul Girard, Tristan Cornut and Antoine de Grolée, are prize winners of thirty-odd international competitions between them, including the Long Thibaud competition, the Joseph Haydn competition in Vienna, as well as the Geneva, Firenze and ARD Munich competitions. They also benefitted from the advices of such musicians as Alfred Brendel, Mstislav Rostropovitch, Pierre-Laurent Aimard, as well as members of the Artemis, Berg and Ysaÿe quartets. The name of the ensemble is a homage to the many great artists and thinkers whose forename was Gustave (Mahler, Flaubert, Eiffel, Moreau, Caillebotte, Courbet, Doré, Klimt...). This multiple patronage befits an ensemble of varying dimensions, and also expresses the ensemble’s will to establish links between music and other forms of art. Correspondingly, the ensemble endeavours to offer concert programs grounded in a tight thematic logic while making the most of its varied talents by performing solo pieces as well as larger works. When required by the repertoire, the ensemble invites other musicians to perform alongside it.
Ensemble Gustave performed at Radio France, Moments musicaux du Tarn, Académie musicale de Villecroze, Printemps des Alizés in Essaouira, Rencontres musicales de Noyers-sur-Serein, Musicales du monastère de Bonlieu, Concerts de la Visitation in Le Mans, as well as in the chapelle du Méjan in Arles and the abbaye de Silvacane in La Roque d’Anthéron.