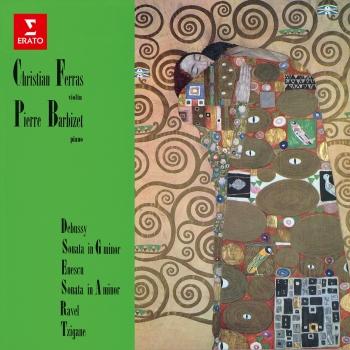 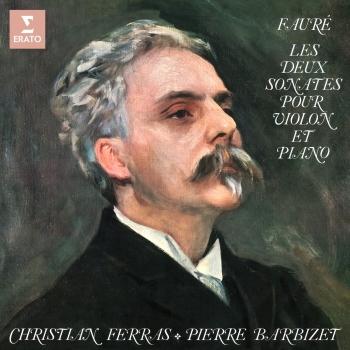 Christian Ferras
The recordings of violinist Christian Ferras demonstrate a curious duality of style: on the one hand a tightly wound, somewhat harsh, brassy sound with nagging and intrusive vibrato (found particularly in some of his later work); on the other, a warmer, more old-fashioned, Romantic approach, with conspicuous portamenti and tempo rubato. To some extent, chronology plays a part—recordings before 1960 tend towards the latter style—but this is not clear-cut. It may be that Ferras consciously began to impose a modernist style on Classical works in keeping with current trends (which would explain why his 1964 Sibelius Concerto has stylistic traits in common with his 1951 Beethoven); but however this may be, a detailed study of Ferras’s whole discography would give fascinating insights into post-war stylistic change in established repertoire. Ferras’s struggle with depression that, tragically, led to his suicide at the age of forty nine, may also be a factor in his changeable interpretative approach.
His first violin lessons were with his father, a pupil of Marcel Chailley, and led to prodigious success at the Nice and Paris Conservatoires. After graduating with a double premier prix aged thirteen, Ferras gained performing experience with the Pasdeloup Orchestra. He also benefitted from George Enescu’s mentoring through his early career. During the late 1940s and early 1950s he undertook an overwhelming number of prominent appearances, won international prizes and gave world premières, working with many illustrious musicians including pianist Pierre Barbizet, his famous duo partner for some years.
A performer who (like most of his peers) made few stylistic concessions to compositional period, Ferras recorded Bach’s Double Violin Concerto with Menuhin in 1958 in a tonally-heavy mould with little attention to small-scale phrasing and a certain undulation of tone in slurred passages (the so-called ‘Menuhin slur’). Ferras’s sound is brighter than Menuhin’s muted tones, but the two soloists are otherwise equally matched. His 1951 Beethoven Concerto is also Romantically delivered with a characteristic warmth and heaviness, and a much-modified use of fingerings that seem to originate with Joachim. The 1959 performances of Bruch’s Concerto No. 1 and Lalo’s Symphonie Espagnole display an extraordinarily fast, intense vibrato which sounds curious today, but both have variability and therefore humanity in their rendition and the Bruch is brought alive by a well-connected slow movement and a fiery finale with perfectly accurate, explosive double-stopping at the start. The renown of these two recordings is apparent in the price of second-hand copies on LP, selling today for hundreds of pounds.
Although Ferras’s large discography is mainly of seminal Romantic works, he became particularly known for his numerous performances of Berg’s Violin Concerto, which he recorded with Ernest Ansermet in 1957. This is a curious reading, in many ways, of a work that is often played with a steely certainty and almost mechanistic intensity; here Ferras unusually stresses smaller-scale phrasing and, though the recorded sound is rather dim, there is a slightly halting and vulnerable quality which makes it an emotionally enticing prospect.
Ferras also recorded from the standard duo sonata repertoire, including a slightly brusque Beethoven ‘Spring’ Sonata with his trusted partner Pierre Barbizet. This, in 1958, is a fascinating glimpse into the style and taste of the time. Regularity of accentuation and tempo, and a rather dry and immediate recording quality are immediately apparent, but the work survives the objective treatment well and Ferras’s discipline is admirable.
Whilst some of his playing is an acquired taste, and the double-sided nature of his interpretations at times rather perplexing, there is a directness and sincerity to all Ferras’s performances which make them historically valuable.