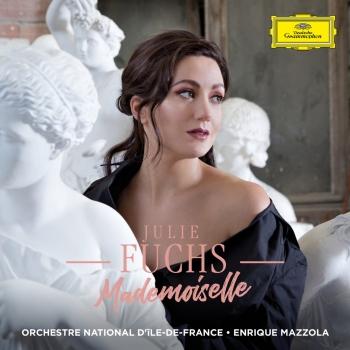 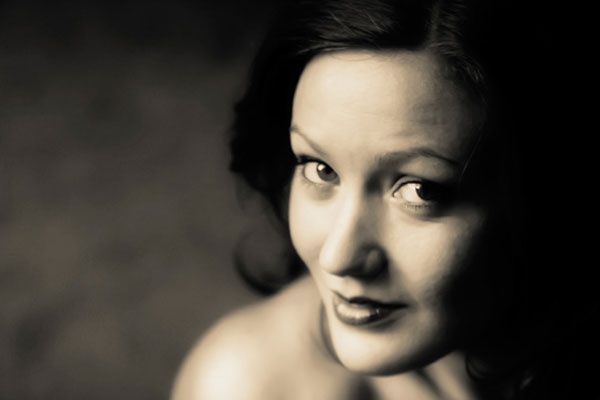 Julie Fuchs
Hailed for her "generous temperament" and "agile and radiant voice", French soprano Julie Fuchs is a rising star in the operatic world.
Named Opera Artist of the Year at the Victoires de la Musique Awards and 2nd prize winner in Operalia 2013, Ms Fuchs has an exclusive long-term contract with Universal/Deutsche Grammophon, with whom she recorded her first solo disc of French Arias with the Orchestre National de Lille in 2015: "Yes" will be released on the 11th of September 2015, with a second disc planned for 2016.
Ms Fuchs has several important house and role debuts planned. At the start of the 15-16 season she makes her Paris Opera debut as La Folie in the Laurent Pelly production of Platée (conducted by Minkowski) and later that season makes her Bayerische Staatsoper Munich debut as Musetta in La bohème. In 16-17 Julie will make her debut at the Wiener Staatsoper and sing Marie in La fille du régiment in Lausanne. Other engagements include significant roles at the Opera Comique, Teatro Real Madrid, Opera d'Avignon, as well as returns to the Theatre des Champs Elysees, Aix-en-Provence Festival, to the Paris Opera in a major new production in the 16-17 season, and several major roles at the Opernhaus Zurich.
As a member of the Opernhaus Zurich, Julie's roles have included Musetta, Rita, Marzelline in Fidelio (conducted by Fabio Luisi), Susanna in Le Nozze di Figaro, Morgana in Alcina alongside Bartoli (conducted by Antonini) and Rosane in La verità in cimento.
On 14 July 2015 Julie performed to over 700,000 people in " Le Concert de Paris " with the Orchestre National de Paris at the Eiffel Tower in an all-star line-up for Bastille Day. The concert, which also starred Joyce DiDonato and Bryn Terfel, was conducted by Maestro Daniele Gatti and broadcast live on French TV and transmitted across Paris.