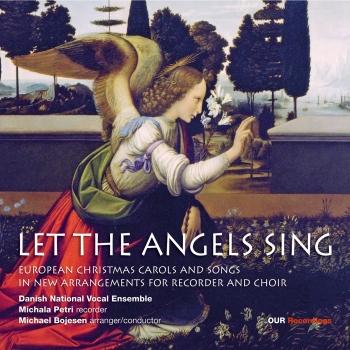 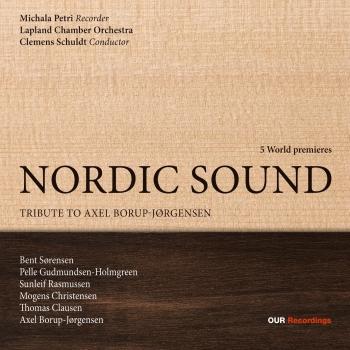 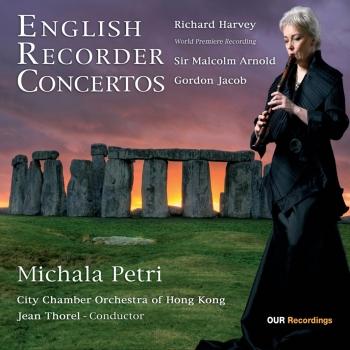 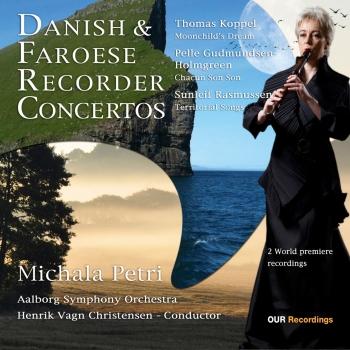 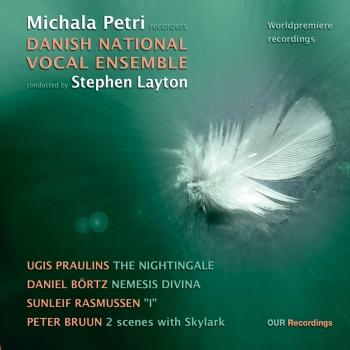 The Nightingale: 4 New Works for Recorder and Choir 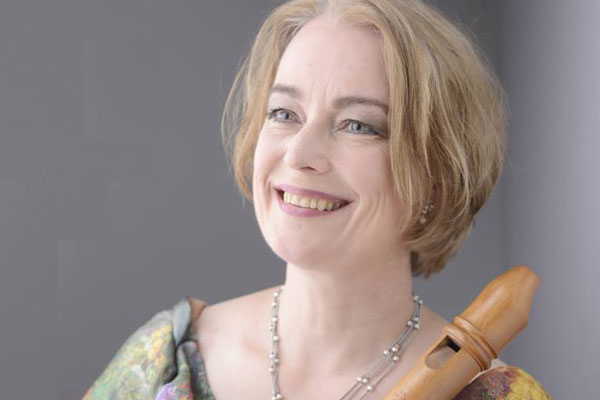 Michala Petri
Born in Copenhagen on the 7th of July 1958, Michala Petri began playing the recorder at the age of three and was first heard on Danish Radio when she was five. Her debut as concerto soloist took place at the Tivoli Concert Hall in 1969, the year in which she began her studies with Professor Ferdinand Conrad at the Hochschule für Musik und Theater in Hannover. Since then she has toured extensively throughout Europe, North America, Israel, Australia and the Far East, performing with musicians such as Pinchas Zukerman, James Galway, Joshua Bell, Maurice André, Keith Jarrett, Gidon Kremer and Claudio Abbado and as soloist with many of the world’s major chamber and symphony orchestras.
Michala Petri has received the highest praise for her astonishing virtuosity in a repertoire ranging from the early baroque to contemporary works, many of them written especially for her. For many years she has enjoyed working with guitarists including Göran Söllsher, Kazuhito Yamashita and Manuel Barrueco. In 1992 she formed a duo with Danish guitarist and lute player Lars Hannibal, with whom she tours all over the world.
Michala Petri was an exclusive recording artist for Philips from 1979 to 1987 and until 2005 for BMG/RCA Red Seal. In 1997 she received the Deutscher Schallplattenpreis for her exciting collaboration with Vladimir Spivakov and the Moscow Virtuosi performing Vivaldi’s Flute Concertos. In 2002 she was awarded a second Deutscher Schallplattenpreis for her album Kreisler Inspirations with Lars Hannibal. Other recordings include Scandinavian popular music with the London Philharmonic Orchestra, works by Grieg and contemporary concertos written for her, both with the English Chamber Orchestra; two albums of Bach and Handel Sonatas with Keith Jarrett; and several albums of Baroque Concertos with the Academy of St. Martin-in-the-Fields. Her recent recordings include the amazing 2005 recording of Vivaldi's "The Four Seasons", and Saint-Saêns' "Rondo Capriccioso" (EMI) with Thomas Dausgaard and Swedish Chamber Orchestra and the critically acclaimed Los Angeles Street Concerto: Michala Petri plays Thomas Koppel (Dacapo).
Michala Petri and Lars Hannibal have launched their own label, OUR Recordings and have released Siesta, inspired by Latin American and Mediterranean music, Spirits, featuring Chen Yue on Xiao - the first release in the on-going East Meets West project; Movements, featuring the recorded premieres of three of newly composed concertos (nominated for the 50th Annual Grammy Awards), and most recently Mozart’s Flute Quartets, where she is joined by Carolin Widmann, violin, Ula Ulijona, viola and Marta Sudraba, violoncello.
In 1995 the Queen of Denmark honored Michala with The Order of the Knight of Dannebrog. In 1997 she was nominated for the Nordic Council Music Prize and in 1998 received the Wilhelm Hansen Music Prize as well as the H.C. Lumbye Prize for her achievement in bringing classical music to a wider audience. In 2000 Michala Petri received the highly prestigious Sonning Music Prize, previously awarded among others to Stravinsky, Bernstein, Britten, Shostakovich, Menuhin and Miles Davis.
Chamber Orchestra of Lapland
Founded in 1972 the Chamber Orchestra of Lapland is the most northerly professional orchestra in the European Union. It is a regional orchestra based on the town of Rovaniemi and gives performances both in the Province of Lapland and all over the arctic region and Finland. The orchestra has received a new concert hall and working rooms in the Culture House Korundi where also the Rovaniemi Art Museum is situated.
The orchestra is often invited to such festivals as the Tampere Biennale, Viitasaari Time of Music, the Kaustinen Chamber Music Week, the North Norway Festival, the Korsholm Music Festival and the Luosto Classic event and the orchestra has also appeared in the Classics Series of the Helsinki Philharmonic Orchestra. In August 2014 the orchestra gave concerts in Carinthian Summer Music Festival in Austria and BBC Proms with great success.
The orchestra frequently gives the Finnish premieres of works by composers of all nationalities and eras and the world premieres of music by many leading contemporary composers. The orchestra has collaborated with top class orchestras and soloists such as BBC Symphony Orchestra, Håkan Hardenberger, Christian Tetzlaff, Nicholas Daniel, Nicholas Kraemer, Piers Adams, Colin Currie and Sabine Mayer.
Clemens Schuldt
winner of the renowned Donatella Flick Conducting in London in 2010, is one of the most exciting young conductors emerging from Germany.
Schuldt has appeared with such orchestras as Philharmonia Orchestra London, BBC National Orchestra of Wales, Scottish Chamber Orchestra, Deutsche Symphonie-Orchester Berlin, Radio-Sinfonieorchester Stuttgart des SWR, Deutsche Kammerphilharmonie Bremen, Bamberger Symphoniker, Münchener Kammerorchester, Netherlands Philharmonic, Orchestre de Chambre de Lausanne, Orquesta Sinfonica de Radio Television Espanola in Madrid and Yomiuri Nippon Symphony Orchestra. Soloists with whom he has collaborated include Daniil Trifonov, Ingrid Fliter, Kit Armstrong, Narek Hakhnazaryan, Nemanja Radulovoc, Xavier de Maistre, Miklós Perényi, Nils Mönkemeyer and Håkan Hardenberger.
Born in Bremen, Clemens Schuldt studied violin at the Robert Schumann Hochschule Düsseldorf, performing in the Gürzenich Orchestra Cologne under Markus Stenz and the Deutsche Kammerphilharmonie Bremen under Paavo Järvi. Subsequently he took up his conducting studies with Rüdiger Bohn in Düsseldorf, Mark Stringer in Vienna and Nicolás Pasquet in Weimar.