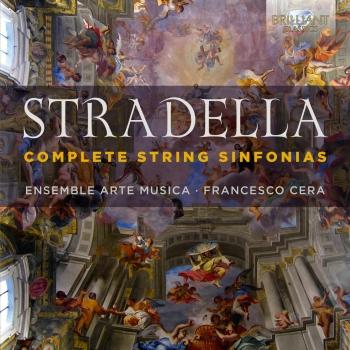 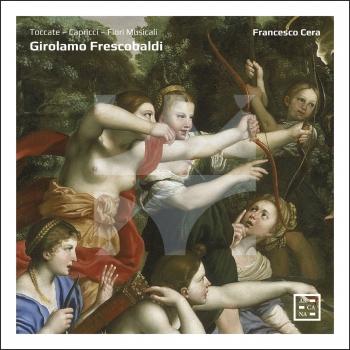 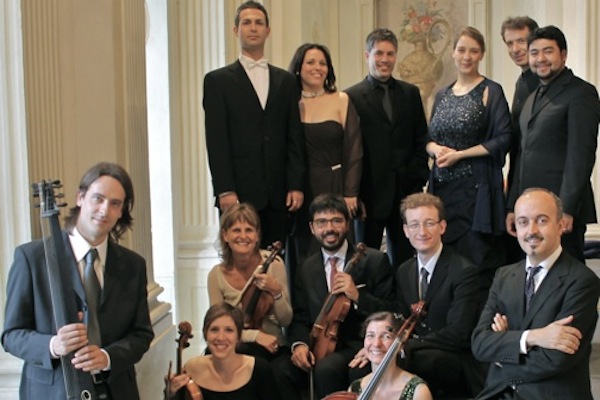 Ensemble Arte Musica
The Ensemble Arte Musica, founded and directed by Francesco Cera, performs a vast repertoire of Italian vocal music, from late madrigals to 18th Century cantatas and sacred music. Their interpretations have impressed both audiences and critics alike for their intensity of expression, the rare charm of their voices, but also for a new and unconventional approach - albeit supported by historical evidence - to the Baroque vocal repertoire. The singers in the Ensemble are distinguished belcanto performers of chamber music and opera; the instrumentalists perform with internationally renowned groups.
In 1997 the ensemble made its concert debut at the Flanders Festival in Bruges and the Tactus label issued their recording of Giovanni Paolo Colonna's sacred music, which was widely acclaimed by the critics.
A series of concerts and recordings followed (for the labels Tactus, Brilliant, Amadeus and ORF Alte Musik), with the Fourth Book of Madrigals by Carlo Gesualdo, Lamento di Arianna and Scherzi Musicali by Claudio Monteverdi, Cantatas by Domenico Scarlatti, solo motets from the Venetian collection Ghirlanda Sacra, the madrigals composed for the Concerto delle Dame in Ferrara, and first modern performances of works by Giacomo Carissimi, Leonardo Leo, and Giovanni Battista Martini.
In 2010 and 2011 the ensemble was invited by the International Baroque Music Festival in Melk (Austria) to perform two masterpieces by Claudio Monteverdi: the 1610 Vespers and the Madrigali guerrieri et amorosi.
In 2012 the Ensemble Arte Musica will perform Gesualdo’s Responsoria and record his Fifth Book of Madrigals for the label Brilliant.
The Ensemble Arte Musica has appeared at international music festivals such as Resonanzen in Vienna, Festival of Flanders in Bruges, Accademia Filarmonica in Rome, Les Gouts Reunis in Lausanne, Tage für Alte Musik in Brandenburg, Festival Pax in Augsburg, Donau Festwochen, Bologna Festival, Milano Arte Musica, Feste di Apollo in Parma, Festival Cantar Lontano, Festival Galuppi in Venice. They have recorded live performances for RAI Radio 3, ORF and Euro Radio.
Francesco Cera
was born in Bologna, Italy. He studied organ and harpsichord in his home town and in Amsterdam, specializing in the early repertoire under Luigi Ferdinando Tagliavini and Gustav Leonhardt. Regarded as one of Italy’s leading early music specialists, Cera applies his distinctive interpretative approach also to Baroque vocal and instrumental music. After having been a member of the ensemble Il Giardino Armonico and collaborated with renowned specialists, in 1997 he founded the Ensemble Arte Musica, with whom he performs early Italian vocal repertoire. He is also a connaisseur of the antique Italian organ and organ music, who has taught master's classes and acted as a consultant in organ restorations.
Francesco Cera has recorded for Tactus, Dynamic and Tempéraments the complete keyboard works of important 17th century Italian composers (Rossi, Merula, Storace, Valente, Pasquini) on harpsichord and on historical Italian organs, and Domenico Scarlatti’s harpsichord sonatas, praised by some of the most important music magazines such as Goldberg, Early Music, Diapason, Répertoire and Amadeus.
Label Arts has recently issued his recordings of Bach’s French Suites and Harpsichord Concertos (together with I Barocchisti, under the direction of Diego Fasolis), both of which are considered standard-setting performances of this well-known repertoire.
Since 1991 he has performed as a soloist and leader of the Ensemble Arte Musica in international festivals such as the Festival Resonanzen in Vienna, Festival of Flanders in Bruges and Gent, Festival of Saint-Michel-en-Thiérache, Musica e poesia a San Maurizio in Milan, Villa Medici in Rome, Bologna Festival, Arte Organica en Castilla y Leon, Donau Festwochen. In 2010 he conducted his Ensemble Arte Musica in a performance of Monteverdi Vespers, which was very well received at the Barocktage Stift Melk.
He is regulary invited to give master's classes in Europe (Smarano Academy, Piccola Accademia Montisi, Academie d’orgue de Fribourg) and the United States (Oberlin College, Arizona State University, Cornell University). Since 2001 he has been living in Rome and acted as Honorary Inspector of organs of historical importance.