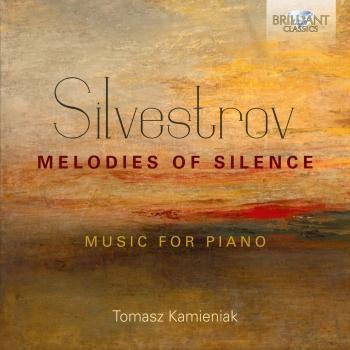 Tomasz Kamieniak
was born in Dobrodzien. He studied piano at the Karol Szymanowski Music Academy in Katowice and at the Hochschule für Musik Franz Liszt in Weimar piano. Tomasz has a wide ranging repertoire extending from classical to contemporary music, with a particular interest in virtuoso music of the 19th century, including Liszt, Alkan, and many lesser-known composers. In 2003 he was awarded a special prize at the 4th International Franz Liszt Piano Competition in Weimar, as the most talented participant from Eastern Europe. In 2007 Tomasz won the Grand Prix of the 4th "Acte Préalable" Competition in Warsaw for his project of recording the complete piano works of Józef Wieniawski. He has performed throughout Poland, and also in Germany (where his recitals in Bayreuth of Liszt’s Wagner transcriptions gained exceptional reviews), Italy, Ukraine, Switzerland, Slovakia and the Netherlands. His first London recitals are to be given in April 2010. Tomasz Kamieniak also has a special interest in film music and worked with students at the Faculty of Radio and Television at the University of Silesia, Katowice. He also composed the music for several short films. In 2006 he was artistic adviser to the summer music festivals of Rybna / Poland. In 2008 he received a scholarship from the Marshal's Office in Katowice for recording a new CD with his own compositions for piano. Tomasz is a recipient of awards from the Wagner Foundation.