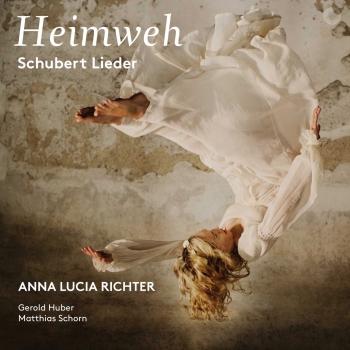 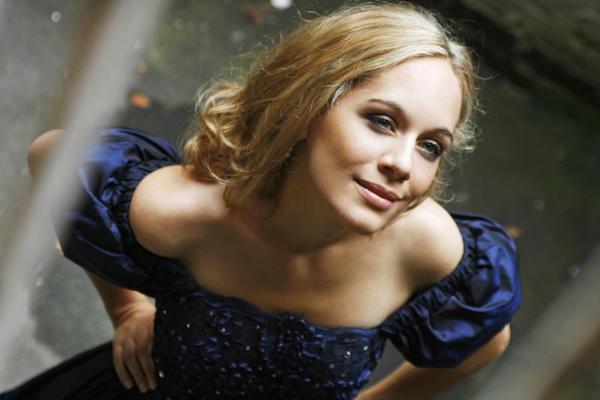 Anna Lucia Richter
comes from a great musical family. As a long-standing member of the girls’ choir at Cologne Cathedral she received singing lessons from the age of nine from her mother Regina Dohmen. Later she was trained by Professor Kurt Widmer in Basle and completed her singing studies with distinction with Professor Klesie Kelly-Moog at the Cologne Academy of Music. She also benefited from working with Magreet Honig, Edda Moser, Christoph Prégardien and Edith Wiens. Anna Lucia Richter has won several international prizes; in February 2016 she received the prestigious Borletti-Buitoni Trust Award. The current season started for Anna Lucia Richter with a major engagement in the opening concert of the Lucerne Festival where she performed in Mahler’s Eighth Symphony conducted by Riccardo Chailly. She sings in Bach’s St. John Passion with the Orchestre de Paris conducted by Thomas Hengelbrock, with the Danish National Symphony Orchestra under Sir András Schiff in Haydn’s Nelson Mass, she sings the orchestral version of Schubert’s Shepherd on the Rock with the Berlin Konzerthaus Orchester under Iván Fischer and then in Rome Mahler’s Resurrection Symphony with the orchestra and chorus of the Accademia Nazionale di Santa Cecilia conducted by Daniel Harding. She goes on a major European tour with the Freiburg Baroque Orchestra under Hans-Christoph Rademann singing in J. S. Bach’s Christmas Oratorio. During the series of opening concerts at the Elbphilharmonie in Hamburg she is a soloist in Haydn’s The Creation with the NDR Elbphilharmonie conducted by Thomas Hengelbrock. Following successful concerts with the Concerto Köln and the Gürzenich Orchestra, Anna Lucia Richter returns to the Cologne Philharmonie with a portrait series in which she presents her versatile repertoire encompassing Gluck’s Eurydice, Mozart arias and her current recital programme. Recently she has performed as a concert singer with the Lucerne Festival Orchestra and the London Symphony Orchestra under Bernard Haitink, the Los Angeles Philharmonic, the San Francisco Symphony Orchestra conducted by Sir András Schiff, the Royal Concertgebouw Orchestra Amsterdam and the Budapest Festival Orchestra under Iván Fischer as well as the Staatskapelle Dresden conducted by Reinhard Goebel. She has also performed with Jonathan Cohen, Axel Kober, Fabio Luisi, Roger Norrington, Andres Orozco-Estrada and Markus Stenz. Anna Lucia Richter is a particularly enthusiastic lied singer. She has already built up an extensive repertoire and gives guest performances in all the major lied venues, for instance at the Schwetzingen SWR Festival, at the Heidelberger Frühling, the Schleswig-Holstein Music Festival, the Schubertiade Schwarzenberg and in der Wigmore Hall London. She made her U.S. debut giving three lied recitals in New York’s Park Avenue Armory, accompanied by Gerold Huber. This season she can again be heard in New York, this time in the Weill Hall of the Carnegie Hall singing her highly acclaimed and unusual Liederkreis programme of Eichendorff settings and improvisations, accompanied by Michael Gees. She also gives lied recitals at the Schubertiade Vilabertran, in the Bavarian Radio studio in Munich and in the Concertgebouw Amsterdam. Anna Lucia Richter frequently includes contemporary compositions in her recitals, for instance the world premiere of the work Singet leise (Sing softly) by Moritz Eggert and the cycle Ophelia Sings by Wolfgang Rihm, which he composed especially for her. Her opera repertoire comprises roles such as the Sandmann/Dew Fairy (Hansel and Gretel), Barbarina (Le nozze di Figaro) Ilia (Idomeneo) and Zerlina (Don Giovanni), as well as Eurydice/La Musica in Monteverdi’s Orfeo, in the highly acclaimed production by Sasha Waltz with performances at the Nederlandse Opera Amsterdam, in Luxemburg, Baden-Baden, at the Berlin State Opera and in Lille conducted by Pablo Heras-Casado. In spring 2017 she takes on the main role of Elizabeth Zimmer in Keith Warner’s new production of Hans Werner Henze’s Elegy for Young Lovers at the Theater an der Wien.