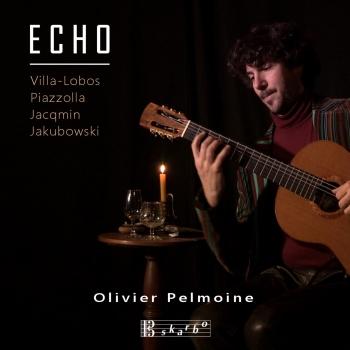 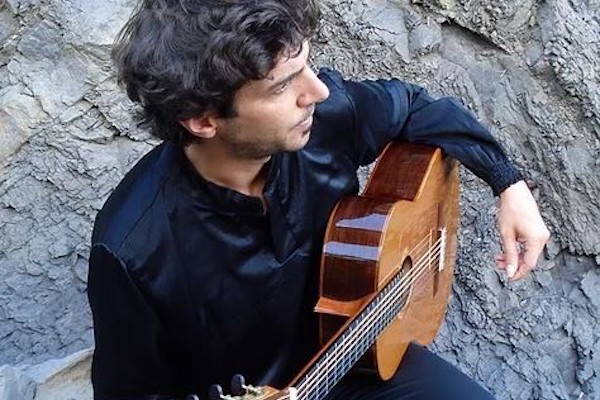 Olivier Pelmoine
As a soloist, chamber musician or with orchestra, the eclectic concert artist Olivier Pelmoine performs regularly in France, Switzerland, Italy, Germany, Belgium, Africa, India, Japan, Philippines and Canada. Mr. Pelmoine graduated with honors from the Conservatoire National Supérieur de Musique in Paris and obtained an advanced degree in performance from the Ecole Normale de Musique in Paris. In the year 2000, he unanimously won the Young Talent Springboard at the International Guitar Festival of Montpellier. In 2002, he was a winner of the International Competitions in Ville-d’Avray (in honour of Maurice Ohana) and the Île de Ré.
In 2001 Olivier Pelmoine founded Duo Cordes et Âmes with violinist Sara Chenal. In 2002, the duo won two international chamber music competitions before obtaining its prize in chamber music with honors at the Paris Conservatoire in 2005. With enthusiasm the duo created a tailor-made repertoire of existing works and newly created compositions, expanding with improvisation and transcriptions and featuring music from every period and horizon: early classical, clasical, contemporary and music from Eastern Europe, Spain and South America. With the experience of concerts in France and foreign tours, violinist Sara Chenal and guitarist Olivier Pelmoine excel on stage, where their collaboration results in an exceptional musical presence: a rare harmony, a duo of body and soul. Three CDs are currently available on the Skarbo label: Taïgo (2007), San Telmo (2009) and Chansons populaires espagnoles (2012)
Olivier Pelmoine is the Artistic Director of Guitar in Dijon and in 2013 created the Cordes d’Or association. A tenured professor in art education, he teaches guitar at the Conservatoire à Rayonnement Régional in Dijon and at the Pôle d'enseignement supérieur de Musique in Burgundy, as well as training courses and master classes. Pelmoine released the CD Opus Guitar on the Skarbo label in 2014. Olivier Pelmoine is a Savarez Strings Artist.