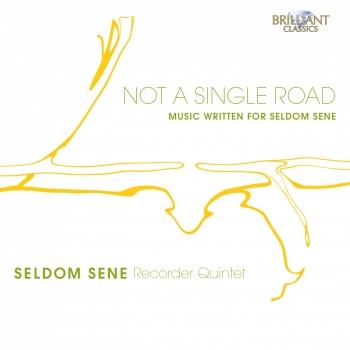 Not a Single Road 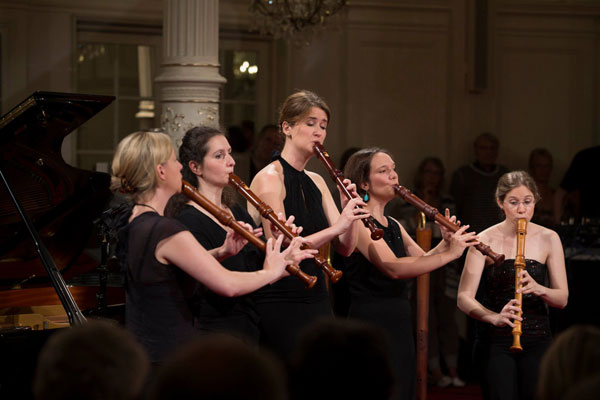 Seldom Sede
Recorder quintet Seldom Sede was formed in 2009 after the five performers met at the Amsterdam Conservatoire. Among the awards won by the group are First Prize at the 2009 Concours International d’Ensembles de Flûte in Le Mans, France (their debut) and the Interpretation Prize at the 17th Concours International de Musique de Chambre d’Illzach in 2011 by a unanimous jury. The ensemble has been hailed as ‘Outstanding because of their excellent musical interpretation and beautiful choice of repertoire’ (Frédéric de Roos, 2009) and has appeared all over Europe in concert series and festivals. The musicians perform on a collection of more than 50 recorders.
Whilst searching for more unfamiliar repertoire, one of the first pieces to catch their attention was "Seldom Sene" by the English composer Christopher Tye – a short work full of beauty, precision and striking rhythmic complexity that they felt captured the essence of their vision: performing unique and compelling repertoire at a standard that is seldomly seen and heard. Since their foundation, "Seldom Sene excels because of their excellent musical interpretation and beautiful choice of repertoire" (Frédéric de Roos, Le Mans 2009).
Seldom Sene gave recitals in renowned series and festivals in Belgium, France, Germany, The Netherlands, Austria, Portugal and Spain. Taracea, their first CD for the Dutch label Brilliant Classics was released in September 2014.