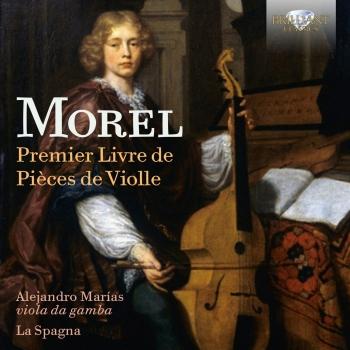 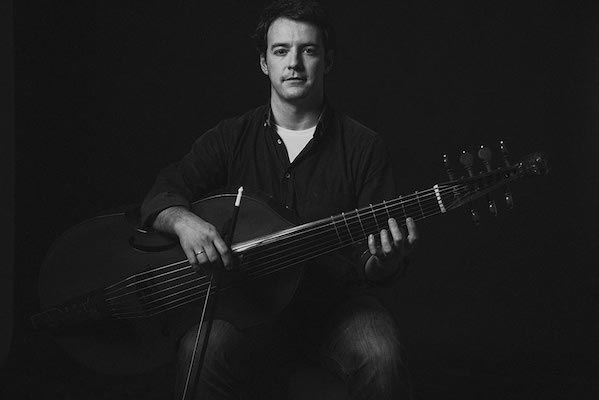 Alejandro Marías
was born in Madrid in 1984, and graduated in cello and viola da gamba from Madrid’s Real Conservatorio Superior de Música, having begun his studies with Enrique Correa and Maria de Macedo. He moved to France to specialise in Classical and Romantic historical performance practice, before gaining a place at Geneva’s Haute École de Musique, where he completed master’s degrees in both Baroque cello performance and viola da gamba performance, under the guidance of Bruno Cocset and Guido Balestracci respectively. He has also taken classes with such eminent cellists as Christophe Coin, Anner Bylsma and Jaap Ter Linden and gambists Wieland Kuijken, Jordi Savall and Hille Perl.
Alejandro Marías teaches viola da gamba at Seville’s Conservatorio Superior de Música, as well as being artistic director of La Spagna and a member of the Cuarteto Francisco de Goya, and performing with groups such as Zarabanda and Forma Antiqva. He has appeared with different chamber ensembles in around twenty countries. As a soloist he regularly gives concerts and recitals and has made a number of recordings. He has been particularly highly praised for his performances of the viola da gamba solos in the Bach Passions.
He has worked with such leading conductors as Philippe Herreweghe, Marc Minkowski, Ton Koopman, Bruno Weil, Sigiswald Kuijken, Hervé Niquet, Lucy van Dael, Paul Agnew, Enrico Onofri and David Stern, and has made recordings for Warner, Winter & Winter and Columna Música, as well as for various radio and TV stations in Europe, America and North Africa. In 2017 he recorded his first album as soloist and conductor, A Tribute to Telemann, which includes three works for viola da gamba and orchestra, and has received worldwide critical acclaim.
La Spagna ensemble
was founded by Alejandro Marías in 2009, taking its name from the so called popular melody, played all around Europe from the 15th to the 17th centuries.
Depending on each repertoire, which generally involves renaissance, baroque and early classical styles, La Spagna may have a different assemblage, from small chamber music group to opera and orchestral productions with invited conductors.
La Spagna plays with original instruments or adapted copies to each period and style, and is focused on a historical informed practice. This doesn’t have an archaeological objective, but purely artistic: the closer we are to the composers, the more intense we’ll be able to get across their emotions.
La Spagna players are young professionals educated in the most prestigious conservatoires of Europe (Paris, Geneva, Den Haag, Basel, Amsterdam, Vienna…), and they are often collaborators amongst some of the most important orchestras, conductors and soloists of early music international scene, such as Philippe Herreweghe, Marc Minkowski, Ton Koopman, Bruno Weil, Sigiswald Kuijken, Hervé Niquet, Lucy van Dael, Paul Agnew, Enrico Onofri, Hiro Kurosaki or David Stern. They are the image of a new generation of players engaged not only to give an impeccable performance, but also to respect the historical and sociological perspective of each repertoire.