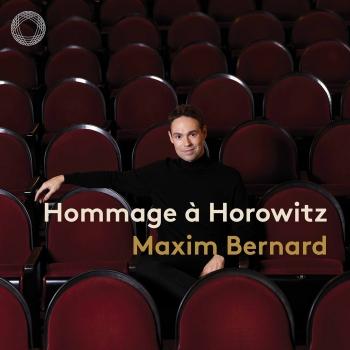 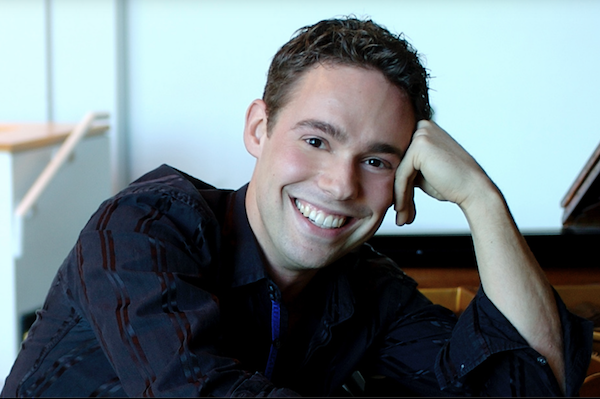 Maxim Bernard
started studying piano at 13 years old and by the age of 18, he was already invited to perform Beethoven’s Fourth Piano Concerto with the Edmonton Symphony Orchestra.
After completing his studies at the Québec Conservatory of Music with pianist Suzanne Beaubien, his driving passion led him to one of his idols, pianist André Laplante at the Glenn Gould School of the Royal Conservatory of Music in Toronto, where he received his Artist Diploma. During his student years, Maxim discovered his love for the romantic style of interpretation. Some of the great pianists of the past, including Cortot, Horowitz, Rachmaninoff and Friedman, continue to this day to be a great source of inspiration for him.
In 2004, he met the legendary pianist, and soon mentor, Menahem Pressler at the Orford Arts Centre. During his studies under the guidance of Mehanem Pressler at the University of Indiana, where he earned both his Master’s and Doctoral degrees in Piano Performance, Maxim developed a unique style, and music has become for him a spiritual experience. His sensitivity, his personal touch, and the spontaneity he brings to his interpretations make him an exceptional pianist.
After winning several competitions (the CBC Young Artists Competition, the Indianapolis Matinee Musicale Competition, and the Indiana University Jacobs School of Music Concerto Competition among others), in 2006 his career was launched after he won the prestigious “International Stepping Stone” of the Canadian Music Competition.
He taught for five years at Indiana University and his qualifications led him to serve on juries of many music competitions throughout Canada.
Maxim Bernard is a versatile musician who adores challenges. When conductor Yannick NézetSéguin asked him to learn Ginastera’s challenging Second Piano Concerto in order to perform the Canadian premiere of the work with the Orchestre Métropolitain de Montréal at the Maison Symphonique de Montréal, critic Claude Gingras from La Presse then wrote: “The pianist was entirely up to the onerous task, both in power and in introspection. The conductor and orchestra were in perfect synchronicity with him and the spectacular result inspired a long and enthusiastic ovation from the hall.”
Maxim has been playing with the Orchestre Métropolitain, the Orchestre Symphonique de Québec, the Orchestre Philharmonique du Nouveau Monde, the Peterborough Symphony Orchestra, the Bloomington Symphony Orchestra and Les Violons du Roy, among others.
With the support of the Canada Council for the Arts, Maxim spent the year 2015 in Germany. This stay provided him with the opportunity to give recitals in Cologne and Paris. The year 2016 led him to solo performances in Bonn, at the Konzerthaus in Vienna and at the Palais des BeauxArts in Brussels. In 2019, he made his debut at Wigmore Hall in London with a Chopin recital. He was also the guest soloist with the Ottawa Symphony Orchestra and the Sinfonia Rotterdam, orchestra with which he made a concert tour of the cities of Rotterdam (De Doelen), The Hague and Amsterdam (Concertgebouw).
Maxim constantly searches for original ideas for his innovative thematic concert programs. His concert “1914-1918” continues to fascinate his audience. In 2017, he wished to celebrate the career of one of his favorite musicians, Vladimir Horowitz. Maxim recreated the program that the legendary pianist played in Moscow in 1986 on his return home after a 60-year exile. Maxim has meanwhile also recorded this repertoire for his solo album "Hommage à Horowitz", which was released on February 11, 2022 on the internationally renowned classical music label PENTATONE.