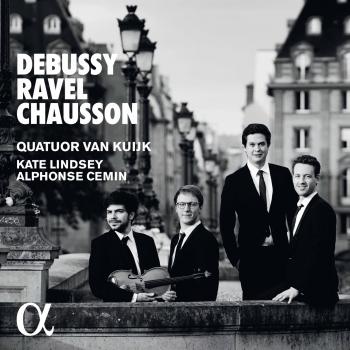 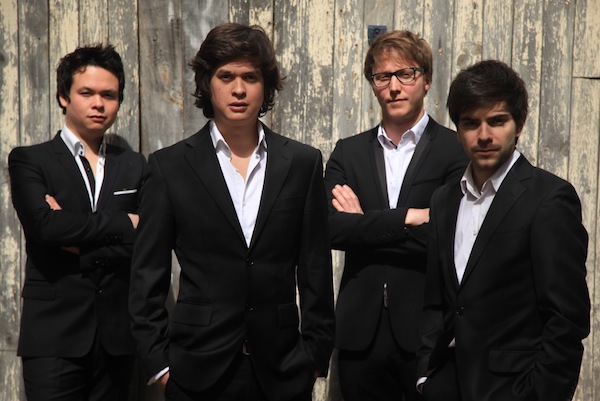 Kate Lindsey
Rising star mezzo-soprano Kate Lindsey has appeared in many of the world’s prestigious opera houses, including the Metropolitan Opera, Royal Opera house Covent garden, Vienna State Opera, the Salzburg festival, Glyndebourne Opera festival, Aix-en-Provence festival, Théâtre des Champs-Élysées, and the Bayerische Staatsoper. She performed Cherubino in Mozart’s Le Nozze di Figaro and Lazuli in Emmanuel Chabrier’s L’étoile at the Royal Opera house Covent garden, Hänsel in Hänsel und Gretel at the Dutch national Opera in Amsterdam, Dorabella in Così fan tutte at the Aix-en-Provence festival. As an accomplished concert singer, Ms. Lindsey sang the premiere performances of a new commission by John Harbison with James Levine and the Boston Symphony Orchestra. She has worked with many of the world’s most distinguished conductors including Harry Bicket, James Conlon, Emmanuelle Haim, Vladimir Jurowski, James Levine, Lorin Maazel, David Robertson, Jérémie Rhorer and Franz Welser-Möst. Kate Lindsey is recording exclusively for Outhere Music France. Her first solo album was released in 2017.
Alphonse Cemin
studied piano and flute at the Conservatoire national de Région de Boulogne-Billancourt, analysis at the CnR de Paris (Alain Louvier) and harmony with Jacques Castérède before entering the Conservatoire national Supérieur de Musique et Danse de Paris, where he attended the classes in musical culture (Brigitte François-Sappey) and analysis (Michaël Levinas), and later piano accompaniment (Jean Koerner and Jean-Frédéric Neuburger) and chamber music (Pierre-Laurent Aimard). He is a founder member of the ensemble Le Balcon, with which he performs music of the composers of his generation as well as a wide repertory from past centuries. In September 2015 he conducted Michael Levinas’s opera La Métamorphose at the Musica festival in Strasbourg, followed in 2016 by the world premiere of Tomás Bordalejo’s opera Bureau 470. In 2017 he was assistant conductor at the Bolshoi Theatre in Moscow on george Benjamin’s opera Written on Skin. Alphonse Cemin has performed at such venues as the Salle Pleyel, the Arsenal de Metz, the Opéra garnier, the Villa Medici, and the Palazzetto Bru Zane in Venice. he has also worked as head of music, assistant conductor and répétiteur on operatic productions, including at the Atelier Lyrique of the Opéra national de Paris in 2010-11.
Quatuor Van Kuijk
Founded in Paris in 2012, the Van Kuijk Quartet has been winning awards ever since, adding to its increasing fame. Elected as the ‘Rising Stars’of the 2017/18 season by EChO network, which programmes events from the major concert halls of Europe, in 2015 the Quartet won first Prize in the Wigmore hall International String Quartet Competition, coupled with the haydn and Beethoven Prizes; in August 2017 their concert at the BBC PROMS has crowned their two years as members of the BBC new generation Artists programme. In 2013, the Van Kuijk Quartet carried off the first Prize and the Audience Prize at the Trondheim Competition in Norway, confirming their extraordinary artistic personality and talent. They also won the hSBC Award at the Aix-en-Provence festival. Already an established presence at the highest rank of the international scene, the Van Kuijk Quartet has been invited to appear at the Wigmore hall, the Auditorium du Louvre, the Vienna Musikverein, Bavarian Radio in Munich, the Philharmonie in Berlin, the Zurich Tonhalle, the Tivoli Concert Series, the Chapelle Royale in Bruxelles, and at the festivals of Heidelberg, Lockenhaus, the Concentus Moraviae, the Haydn festival at Schloss Esterházy; also at Eilat, Canberra, Stavanger, Verbier, Davos, Aix-en-Provence, Radio France in Montpellier, Auvers-sur-Oise, Evian, Cheltenham, Norfolk and Galway. In the United States, the Quartet will be appearing in 2017/18 at the frick Collection in new York, the Phillips Collection in Washington DC, and the Salle Bourgie in Montreal. The Quartet’s first disc for the label ALPhA Classics, dedicated to Mozart, has been unanimously praised by the international critical media; it is followed up in 2017 with an anthology of french music. The Van Kuijk Quartet studied at the Paris Conservatoire with the Ysaÿe Quartet, also attending Günter Pichler’s course at the Escuela Superior de Mùsica Reina Sofia in Madrid, with the support of the International Chamber Music Institute of Madrid. Since 2014 the Van Kuijk has been the resident ProQuartet. At the same time, it has followed masterclasses of the legendary Berg, hagen and Artemis Quartets, and has participated in many seasonal academies: the Verbier festival; at the International Academy at Mcgill University in Montreal, with Michael Tree of the Quarneri Quartet and with André Roy; and at the Weikersheim International Academy with heime Müller (an ex-member of the Artemis Quartet) and with the Vogler Quartet. The Van Kuijk Quartet is supported by its principal sponsor, the Mécénat Musical Société Générale, and is a ‘Pirastro’ Artist.