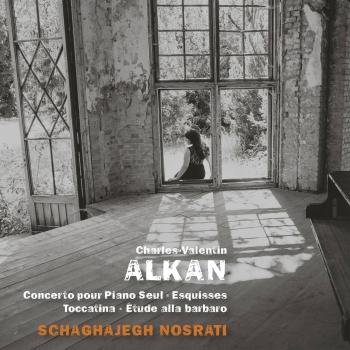 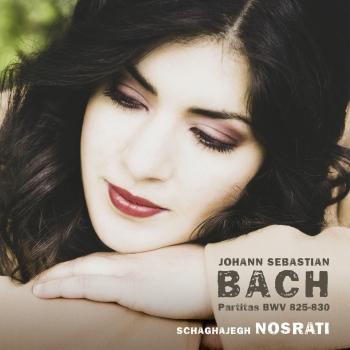 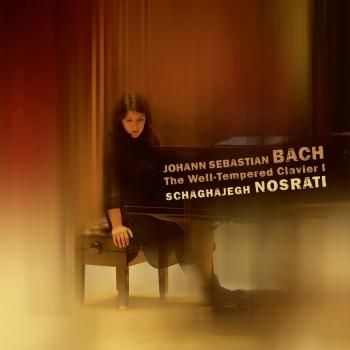 Bach: The Well-Tempered Clavier, Book I 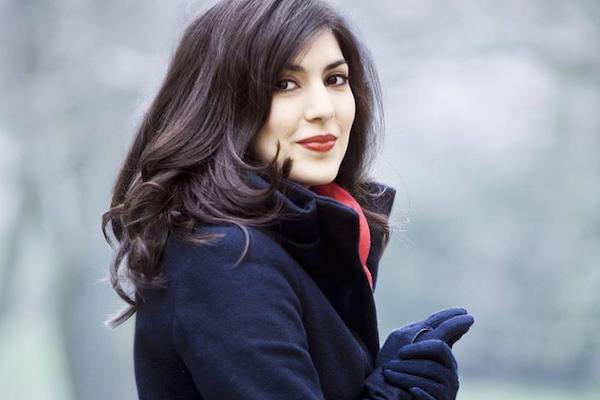 Schaghajegh Nosrati
was born in Bochum in 1989. She has become known as an extremely versatile musician; that she could establish herself as a concert pianist in early years is due to her excellent reputation as an interpreter of Bach´s music. Her International breakthrough came in 2014 as an award winner at the International Bach Competition in Leipzig and particularly through her increasing musical collaboration with Sir András Schiff who praised the "astonishing clarity, purity and maturity" as well as the musical comprehension associated with it when she plays Bach.
After many years of working with Rainer M. Klaas, Schaghajegh Nosrati was admitted to the Hanover University of Music, Drama and Media as a young student of Einar Steen-Nökleberg. She completed her master´s degree under Christopher Oakden in 2015 and her artist diploma under Ewa Kupiec in 2017. Robert Levin, Murray Perahia and Daniel Barenboim gave her further artistic inspiration.
Between 1998 and 2016, she performed as a guest at international music festivals such as the Festival International Echternach, the Schumannfest Düsseldorf and the Menuhin Festival in Gstaad. Further performances followed at the Alte Oper in Frankfurt, the NDR Kleine Sendesaal in Hannover, the Gewandhaus Leipzig, the Anneliese Brost Musikforum Ruhr in Bochum, the Beethovenhaus Bonn, the Palais des Beaux Arts in Brussels, Tonhalle Zurich, 92nd Street Y in New York as well as at the Berliner Philharmonie (with the Mitteldeutsches Kammerorchester, the Deutsches Kammerorchester Berlin and the Bochumer Symphoniker). In 2017, she had her first concert tour in China including debut performances in Shanghai and Beijing.
Furthermore she was invited to play a concert tour with Sir András Schiff and Capella Andrea Barca in 2018 with performances in Dortmund (Konzerthaus), Düsseldorf (Tonhalle), Luxembourg (Philharmonie), Brussels (Palais des Beaux Arts), Vienna (Musikverein), Baden-Baden (Festspielhaus), Salzburg (Stiftung Mozarteum), Bratislawa (Philharmonic Concert Hall), Lucerne (KKL) and Hamburg (Elbphilharmonie).
In 2015 she recorded her first album with Genuin classics (J.S. Bach: "The Art of Fugue"). Her second album (released in autumn 2017 with Genuin classics and Deutsches Kammerorchester Berlin) is a recording of Bach´s piano concertos BWV 1052-1054.
Since october 2015, Schaghajegh Nosrati has been teaching at the Hanover University of Music, Drama and Media.