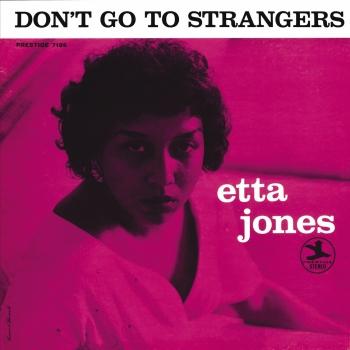 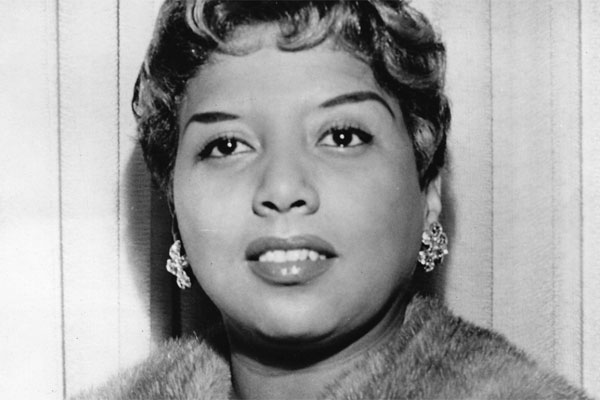 Etta Jones
One of the most beloved vocalists in jazz, Etta Jones (1928-2001) was a soulful singer with a subtle and bluesy style.
Etta Jones started her career early, touring with Buddy Johnson’s band when she was 16 and debuting on records in 1944 with Barney Bigard. She also worked with Stuff Smith, J.C. Heard, and Earl Hines (1952-1953). Jones had her breakthrough in 1960 when she recorded “Don’t Go to Strangers” on the first in a string of rewarding albums for Prestige.
The recording Don’t Go to Strangers set the pattern for many of Etta Jones’s recordings. Joined by a rhythm section and a strong soloist (Frank Wess on tenor and flute), Jones digs into standards, blues, and ballads, showing the influence of Billie Holiday while also displaying her own personality on such numbers as “Fine and Mellow,” “On the Street Where You Live,” and “All The Way.” Both Holler! and Something Nice have her joined by tenor saxophonist Oliver Nelson and vibraphonist Lem Winchester on some numbers while So Warm features Jones’s voice surrounded by a string section arranged by Oliver Nelson. From the Heart is another partial collaboration with Nelson that includes four more selections with strings but also six with a four-piece rhythm section. Jones’s renditions of “You Came a Long Way from St. Louis” and “The Masquerade Is Over” are standouts. Lonely and Blue has Jones interacting with either Gene Ammons or Budd Johnson on tenors while Love Shout features Jones backed by organist Larry Young and guitarist Kenny Burrell on the majority of the selections. Summing up this era quite well is The Prestige Singles, which features Jones’s most popular numbers from the 1960-1963 period.
In 1968 Etta Jones started appearing regularly with her close friend tenor saxophonist Houston Person, a musical partnership that lasted during her remaining 33 years of performances, tours, and recordings.