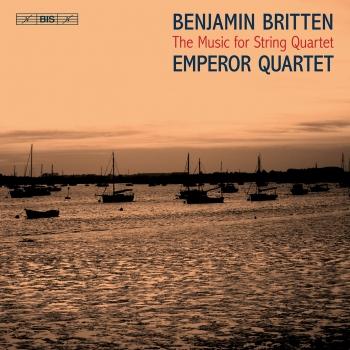 Britten: The Music for String Quartet 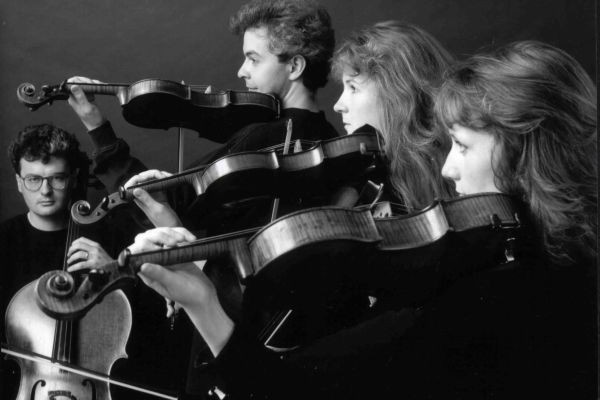 Emperor String Quartet
was formed in 1992 and quickly became established as one of the leading ensembles in the UK. The quartet has played at all of the major concert halls and festivals in the UK and, on making its Edinburgh Festival début in 1994, was instantly reinvited. In 1995 an international career was launched, as the quartet won First Prize, Mozart Prize and Contemporary Music Prize at the prestigious Evian/Bordeaux International String Quartet Competition, and invitations to festivals such as the Prague Spring, Radio France/Montpellier, Evian, Martinů Festival (Czech Republic), Flanders, Kuhmo (Finland) and Mostly Mozart (New York City) followed. The quartet has toured throughout Europe and North America, and, for the British Council, in Nigeria and Ecuador. With a wide-ranging repertoire, the Emperor Quartet has taken part in Haydn and Beethoven cycles in London, Edinburgh and New York but has also performed Xenakis, Harrison Birtwistle and Ligeti in major contemporary concert series, and has premièred numerous works by talented composers such as Ian Wilson, Rebecca Saunders, James MacMillan, John Woolrich and Philip Cashian. The quartet has broadcast for radio and television in a number of European countries and in the USA. For the BBC it has made studio recordings as well as live broadcasts since 1993. It appears on the soundtracks to the films There Will Be Blood (2008) and Norwegian Wood (2010) which both feature scores by Radiohead’s Jonny Greenwood. CD recordings by the quartet have met with great acclaim internationally, including a Grammy nomination.