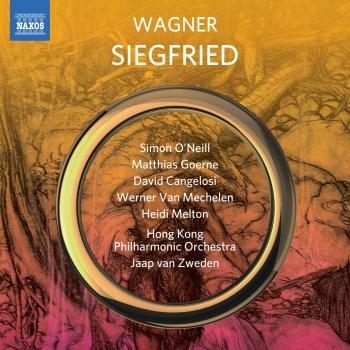 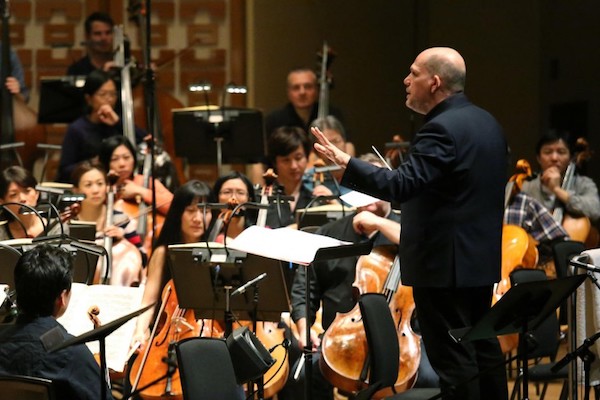 Jaap van Zweden
Over the past decade, conductor Jaap van Zweden has become an international presence on three continents. The 2018/19 season marks his first as the 26th Music Director of the New York Philharmonic. He continues as Music Director of the Hong Kong Philharmonic Orchestra, a post he has held since 2012 - his seventh season with the HK Phil in 2018/19 season, the orchestra’s 45th professional season. Guest engagements this season include the Leipzig Gewandhausorchester, Munich Philharmonic, Orchestre de Paris, San Francisco Symphony and Dallas Symphony Orchestra where he is Conductor Laureate having just completed a ten-year tenure at its helm. Jaap van Zweden has appeared as guest conductor with many other leading orchestras around the globe, among them the Royal Concertgebouw, Chicago Symphony, Cleveland Orchestra, Los Angeles Philharmonic, Vienna and Berlin Philharmonics, Orchestre National de France and London Symphony Orchestra. In his inaugural season as Music Director of the New York Philharmonic, Jaap van Zweden conducts repertoire ranging from five World Premieres to symphonic cornerstones. He also presides over three major season pillars that contextualise music through a variety of programmes complemented by citywide collaborations. Maestro van Zweden also welcomes New Yorkers to Phil the Hall - special concerts for the community - and to the Annual Free Memorial Day Concert, as well as the Concerts in the Parks.
Jaap van Zweden has made numerous acclaimed recordings, the most recent of which are live New York Philharmonic performances of Beethoven Symphonies nos. 5 and 7 released on CD and for streaming and download in February 2018; this release launches the Philharmonic’s partnership with Decca Gold, Universal Music Group’s newly established US classical music label. In 2018 with the Hong Kong Philharmonic Orchestra, he completed a four-year project conducting the first-ever performances in Hong Kong of Wagner’s Der Ring des Nibelungen, which have been recorded and released on Naxos Records. His highly praised performances of Lohengrin, Die Meistersinger and Parsifal, the latter of which earned Maestro van Zweden the prestigious Edison award for Best Opera Recording in 2012, are available on CD/DVD.
The Amsterdam-born van Zweden was appointed at 19 as the youngest concertmaster ever of the Royal Concertgebouw Orchestra and began his conducting career twenty years later in 1995. He remains Honorary Chief Conductor of the Netherlands Radio Philharmonic, where he served as Chief Conductor from 2005-13, and Conductor Emeritus of the Netherlands Radio Chamber Orchestra. He also held the Chief Conductor post of the Royal Flanders Orchestra from 2008-11. Van Zweden was named Musical America's 2012 Conductor of the Year in recognition of his critically acclaimed work as Music Director of the Dallas Symphony Orchestra and as guest conductor with the most prestigious US orchestras.
In 1997, Jaap van Zweden and his wife Aaltje established the Papageno Foundation, the objective being to support families of children with autism. Now, 20 years later, the Foundation has grown into a multi-faceted organisation which, through various initiatives and activities, focuses on the development of children and young adults with autism. These initiatives include: providing music therapy to children in their own homes via a national network in the Netherlands of qualified music therapists; opening the Papageno House, in August 2015 with Her Majesty Queen Maxima in attendance, for young adults with autism to live, to work and to participate in the community; creating a research centre at the Papageno House for early diagnosis and treatment of autism and for analysing the effects of music therapy on autism; developing funding opportunities to support autism programmes; and most recently launching a new app, TEAMPapageno, which allows children with autism to communicate with each other through music composition.
The Hong Kong Philharmonic Orchestra (HK Phil)
is recognised as Asia’s foremost classical orchestra. Presenting more than 150 concerts over a 44-week season, the HK Phil attracts more than 200,000 music lovers annually and also maintains a comprehensive education and community outreach programme.
Under Music Director Jaap van Zweden, the HK Phil is undertaking various ambitious initiatives including the four-year project to perform and record the complete Ring of the Nibelung (Richard Wagner). Jaap, the HK Phil, a superb cast of soloists and a chorus successfully completed the four-year epic “Ring Cycle” journey in January 2018. The concert performances and live Naxos recordings have been enthusiastically received by audiences and praised by critics at home and abroad. The recording of Götterdämmerung will be released towards the end of 2018.
The orchestra has toured extensively – to Europe, throughout Mainland China on numerous occasions, and to Seoul, Osaka, Singapore, Melbourne and Sydney in 2017 as part of the HKSAR’s 20th anniversary celebrations. The HK Phil is a registered charitable organisation supported by the HKSAR, Principal Patron Swire, the Hong Kong Jockey Club, the commercial sector and generous individuals.