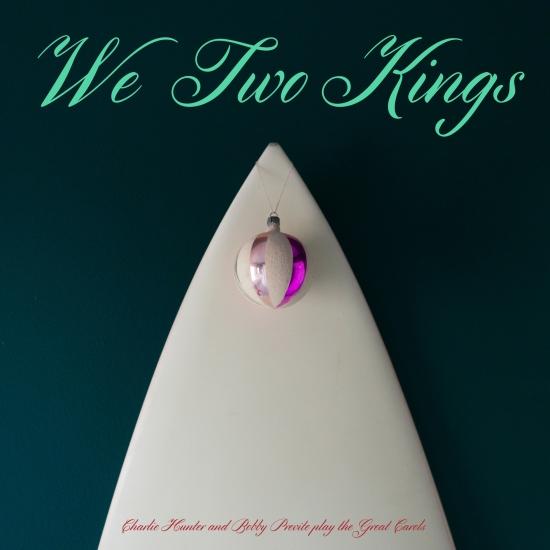 Info for We Two Kings

Holiday albums usually aren’t something I get excited about. Another version of “The Christmas Song”? Nah, thanks, but I’m good. I’ll stick with my Dangerhouse singles and this delicious lump of coal. But every few years, a seasonal release comes along that transcends the trappings of crappy Christmases past and begs a listen. And this epoch it’s Charlie Hunter and Bobby Previte’s We Two Kings.
Hunter is a guitarist’s guitarist, and one of the most critically applauded instrumentalists working today. Known for his ability to concurrently play rhythm, bass lines, and solos on his custom seven- and eight-string guitars, he made his name with Michael Franti’s Disposable Heroes of Hiphoprisy before concentrating on jazz and funk. Drummer and Hudson resident Bobby Previte, member of the Charlie Hunter Trio, has been revered as a composer and the leader of his own bands, as well as a collaborator of Tom Waits, John Zorn, and many more. Hunter and Previte have also worked together in the Coalition of the Willing. We Two Kings, which also features Charlie Hunter Trio trombonist Curtis Fowlkes, features revisitations of 12 Christmas carols that alternate between funky, rocking, and bluesy.
Charlie Hunter, guitar
Bobby Previte, drums 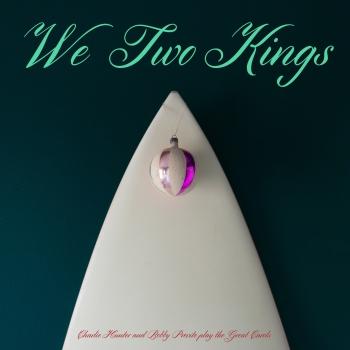 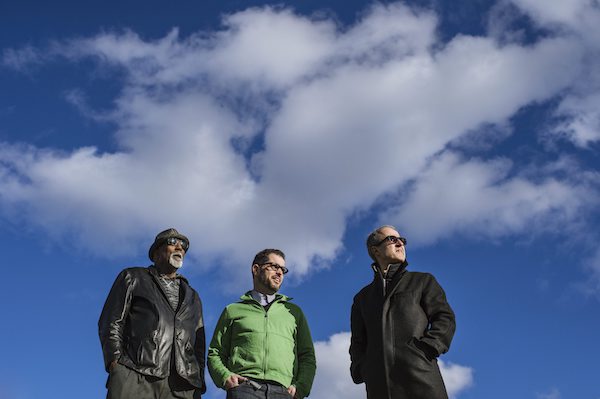 Charlie Hunter
With a career spanning 16 years and almost 20 albums, Charlie Hunter consistently ups his game as an innovative writer and bandleader. He has worked with the likes of Norah Jones , Mos Def, John Mayer, D’Angelo and countless others. He is widely considered the authority on the seven and eight - string guitar, and continues to stun audiences with his ability to simultaneously bust out tasty bass parts, melodic leads and swinging rhythms.
Hunter has previously recorded for the venerable Blue Note label, Concord, Ropeadope, GroundUP and others. His recent independent venture is steered by his motivation to release music that most inspires him. Critics have touted his genius technique, but it's his profound artistic sensibility that propels his original music. Hunter's signature style of writing and performing has secured his place as one of today's great guitarists.
Bobby Previte
is a composer and performer whose work explores the nexus between notated and improvised music. One of the seminal figures of the 1980s New York ‘Downtown’ scene, Previte is the recipient of the 2015 Greenfield Prize for music and was a Guggenheim Foundation Fellow in 2012. He has received multiple awards for composition from the NEA, NYFA, NYSCA, New Music USA, The Jerome Foundation, The New York State Music Fund, Lower Manhattan Cultural Council, and the American Music Center. Mr. Previte has been an artist-in-residence at the Rockefeller Foundation in Bellagio, Italy, Civitella Ranieri, The Montalvo Arts Center, The Hermitage Artist Retreat, and nine times at the MacDowell Colony.
His original compositions have been recorded and released on Sony, Elektra, Rykodisc, Palmetto, New World, Ropeadope, Tzadik, Thirsty Ear, Cantaloupe and Rarenoise. Leading a plethora of diverse ensembles from his instrument, the drums, he has collaborated with many of the leading lights in and beyond the world of music, including master composer John Adams, iconic singer Tom Waits, pantheon filmmaker Robert Altman, and most recently, rock legend Iggy Pop. His music has been labeled as ‘utterly original,’ by the New York Times, while The New Yorker has said his ensembles ‘speak in visionary tongues.’ Mr. Previte has given master classes at schools and universities around the world including The Eastma School of Music, The New School, Bard College, and Princeton University. His recent work includes: TERMINALS, Five Concertos for Percussion Ensemble and Soloist, with SO Percussion, released October 28th, 2014 by Cantaloupe Music, GONE, with Bobby Previte & the Visitors, released summer 2016 on the forTune label, TERMINALS QUARTETS, the percussion only version of Terminals, summer 2016, by Cantaloupe Music, and MASS, a music in nine parts for choir, pipe organ, and metal trio, released April 2017 by Rarenoise Records. His newest work, RHAPSODY, a song cycle on the subject of migration, was commissioned by the Greenfield Prize at the Hermitage Artist Retreat, and premiered April 21, 2017 at New College in Sarasota, Florida. Scored for acoustic guitar, harp, piano, voice, drums and saxophone, and featuring a powerhouse band of Zeena Parkins, John Medeski, Nels Cline, Fabian Rucker, and Jen Shyu, RHAPSODY was released in January, 2018 by Rarenoise.

Booklet for We Two Kings