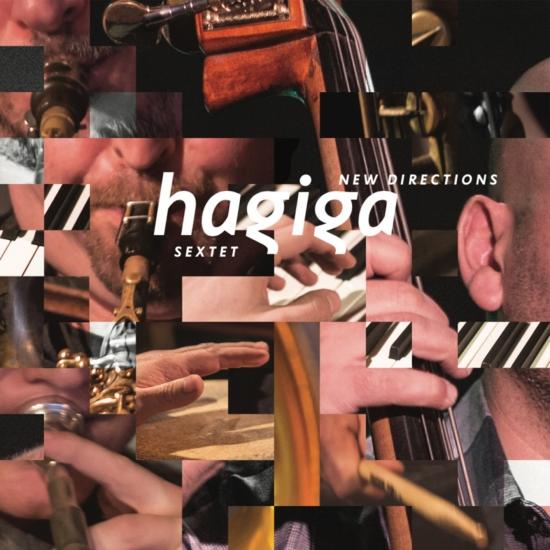 "New directions" is the product of a long creative process starting back in 2009 following the release of our last album "Optimistic View" (on Fresh Sound).
We named the album by that name because of the fact that in our search for musical materials we tried having each tune to be based on a different rhythmic, harmonic or melodic structure. "New Directions Suite" represents this best exhibiting rhythmically independent parts linked by harmony and theme. The melody and harmony were based (on most of the suite) on a unique 9 note scale in a three tonic system. Our main influences were the wonderful writing of great artists such as Booker Little (from the early 60's), Art Blakey ("Jazz Messengers") as well as contemporary artists like Dave Douglas and Brad Mehldau.
One of the main challenges was the musical adaptation to the unique three horn section of soprano sax, alto sax and trombone featured in this album. The harmony is in many places a result of linear writing and not necessarily by clear traditional chords symbols. In terms of textures we tried throughout the album to be creative and interesting.
Finally, we hope that "New Directions" will succeed in taking listeners on our journey through uncharted waters.
The Hagiga Sextet:
Alon Farber, soprano saxophone
Hagai Amir, alto saxophone
Oded Meir, trombone
Gadi Lehavi, piano (tracks 1, 7, 8)
Tomer Bar, piano (tracks 2-5, 6, 9)
Assaf Hakimi, double bass
Dani Benedikt, drums 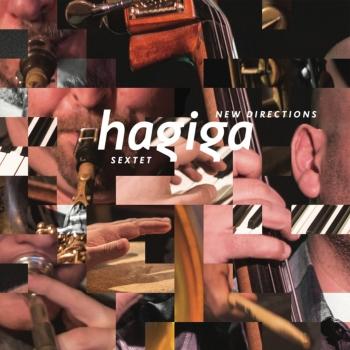 Hagiga Sextet
The veteran Hagiga Sextet was founded by Alon Farber and Dani Benedikt at 2001. Both are Berklee College of Music alumni. Alon was awarded the Israeli Prime Minister Award for Jazz composers (2016) and the Wayne Shorter Award for composers (1998).
The Hagiga released three CD's so far. The first two were released in the prestigious label Fresh Sound Records (Barcelona, Spain). Both CD's got enthusiastic reviews from important sites like JazzTimes.com, JazzReview.com and AllAboutJazz.com
In 2016 the group recorded its third CD "New Directions" that will be released on summer 2019 under the German label QFTF. The CD features the Brazilian percussionist Joca Perpignan. Hagiga received funding from ACUM for this CD.
The music of Hagiga crosses genres- the group can go from swing to Moroccan music to Indian music to funk and classical music Hagiga participated in many festivals, among them OCT-LOFT festival (China) 2018, Red Sea Jazz festival (2017, 2007), Copenhagen Jazz festival (2017), Jerusalem International Jazz festival (2016, 2006), International showcase (2009, 2013), Tel Aviv International Jazz festival (2013), Paris Jazz festival (2010) and many more.
In her shows and records Hagiga collaborated with important artists like Omri Mor, Eli Degibri, Anat Cohen, Avishai Cohen (trp), Ofer Ganor, Omer Klein, Amit Friedman and more.
"Hagiga" has developed its own sound along the years, sound that comes from the unique personality of each member of the group. The members of the sextet use these original compositions as a launch pad from which they take off to create a new and exciting atmosphere, spiced with the savory fragrances and flavors of the Mediterranean.
The music of "Hagiga" is influenced by such artists as Jazz Messengers, Wayne Shorter, Brad Mehldau and Joshua Redman.