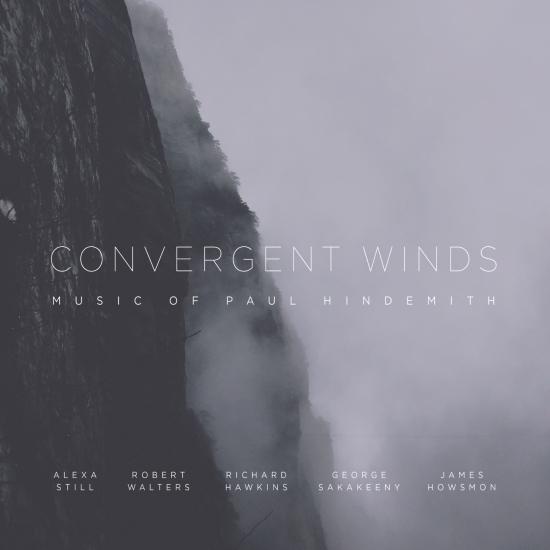 An accomplished performer on the viola, piano, and clarinet, Paul Hindemith used to brag that he could play any instrument in the orchestra with a little practice. Over the course of his prolific career, the German composer proved that he could write for any instrument as well, and that very notion became something of a mission for him- to ensure that each instrument had its share of solo repertoire. Convergent Winds, a new recording from Oberlin Music, showcases five sonatas Hindemith wrote for woodwinds. It features performances by a host of esteemed Oberlin Conservatory faculty: clarinetist Richard Hawkins, pianist James Howsmon, flutist Alexa Still, oboist and English hornist Robert Walters, and retired bassoonist George Skakeeny. The works were written between 1936- a time when Hindemith s music was banned from performance in Nazi Germany- to 1942, by which time he has resettled in America. For Howsmon, a longtime professor of instrumental accompanying at Oberlin, the recording pays tribute to an exacting neoclassicist whose music has unfairly fallen out of fashion. Rather than being a huge innovator, Hindemith took his inspiration from past eras, and yet he had a really wonderful approach to it, Howsmon says. He took old models and made them look new, and no matter how wild he gets, you can always find where his starting point was, and it was always 150 years before. He s like a master furniture builder- a total craftsman. There have been others who have done that, of course, but to me he is the best of them.
James Howsmon, piano 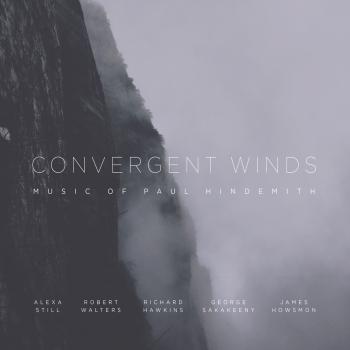 James Howsmon
has collaborated in more than 1,000 recitals in North America, Europe, and Japan. He has performed with principal players of every major American orchestra. In recent seasons, he has played in New York, Chicago, San Francisco, Washington, D.C. (at the Kennedy Center), Philadelphia, Dallas, Montreal, and Minneapolis.
Highlights of recent seasons include performances of Stravinsky’s Les Noces with the Cleveland Orchestra, conducted by Pierre Boulez; an ongoing series of the complete Mozart sonatas for piano and violin with violinist Marilyn McDonald; and several performances of Schubert’s Die Schöne Müllerin with the prominent basso Robert Holl. He is a frequent performer on Oberlin College’s stages, having recently played the Poulenc Aubade with the Oberlin Wind Ensemble and Olivier Messiaen’s Couleurs de la Cité Celeste with the Oberlin Contemporary Music Ensemble.
Howsmon is professor of instrumental accompanying at Oberlin, where he oversees the instrumental collaborative activities of the school’s 100 piano majors. He is also on the faculty of Credo, a summer chamber music program held at Oberlin College. From 1999 to 2006, Howsmon was on the piano faculty of the Brevard Music Center. He has given guest master classes in accompanying and chamber music at, among others, the Juilliard School, the Cleveland Institute of Music, the Interlochen Arts Academy, Arizona State University, the University of Colorado, the University of Minnesota, and the University of Alabama.
He is married to violist Louise Zeitlin. They live in Oberlin.