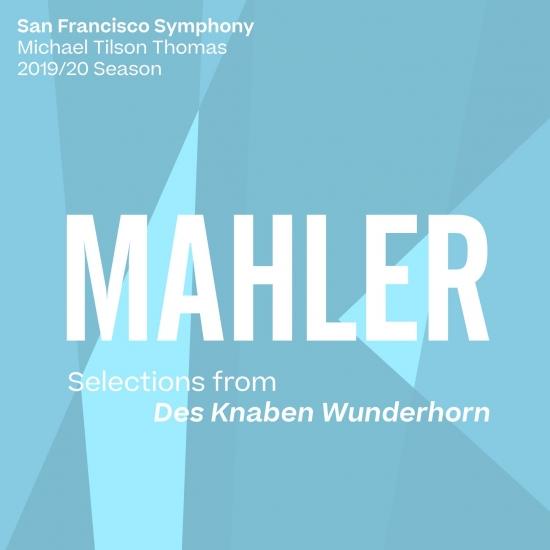 The songs of Des Knaben Wunderhorn (The Boy’s Magic Horn) by Gustav Mahler are voice-and-piano and voice-and-orchestra settings of German folk poems chosen from a collection of the same name assembled by Achim von Arnim and Clemens Brentano and published by them, in heavily redacted form, between 1805 and 1808.
Ten songs set for soprano or baritone and orchestra were first published by Mahler as a cycle in 1905. But in total 12 orchestral songs exist, and a similar number of songs for voice and piano.
The Backstory: Clemens Brentano and Achim von Arnim met in 1801 as students at the University of Göttingen, and the following June they took a boat trip together down the Rhine. Romantic aesthetics had recently begun to dominate the literary world, which was accordingly swept up in such fascinations as folk legend, a nostalgic longing for the Middle Ages, and the awe and mysteries of nature. In 1805 Brentano and von Arnim added to the Romantic bookshelf with a volume of their own, the first of what would eventually be three installments titled Des Knaben Wunderhorn (The Boy’s Magic Horn), a compendium of about a thousand poems.
Des Knaben Wunderhorn pretended to be a collection of authentic folk poems reaching deep into the German past. In fact, it was anything but authentic; the compilers made very free with their texts, adding, subtracting, and telescoping at will, and they even contributed some entirely original items.
They bravely dedicated their book to no less a personage than Johann Wolfgang von Goethe, who was enchanted. “By rights,” he wrote in a review, “this little book would find a place in every house where bright and vital people make their home….Best of all, this volume might lie on the piano of the amateur or master of musical composition so that these songs might come into their own by being matched to familiar and traditional melodies, that they might have appropriate tunes fitted to them, or that, God willing, they will inspire new and significant melodies.”
All three eventualities befell the poems in Des Knaben Wunderhorn. Some became attached to traditional melodies, some had newly composed folk-like tunes fitted to them, and—most interesting for posterity—many gave rise to “new and significant melodies” in the form of settings by accomplished composers of art songs. A “Who’s Who” of German song composers would turn out settings in the ensuing century, including Johann Friedrich Reichardt, Carl Friedrich Zelter, Robert Franz, Felix Mendelssohn, Robert Schumann, Johannes Brahms, Richard Strauss, Arnold Schoenberg, and—most remarkably of all—Gustav Mahler.
Mahler incorporated texts from this collection into movements of his Second, Third, and Fourth symphonies. But he also composed independent song settings from Des Knaben Wunderhorn with piano accompaniments, others with chamber orchestra. In addition, he prepared piano versions of his orchestral settings, but there is no doubt that in every case he conceived of the pieces with symphonic forces in mind.
No Maher aficionado would have trouble relating these songs to what many of us cherish most in his symphonies: their tendency to turn on a dime, to shift instantly from one emotional state to an entirely different one, to expose states of mind or soul in highlighted relief rather than settle into the becalmed doldrums of an emotional middle-ground.
The Music: In this program we hear four of Mahler’s Des Knaben Wunderhorn songs. “Rheinlegendchen” is orchestrally the smallest, using only a wind quintet together with the strings. The original name of the poem is “Rheinischer Bundesring,” which might be rendered as “Rhenish Bonding-Ring.”
For the muted, sinister song “Das irdische Leben,” with its restless divided strings, Mahler has shortened the poem and replaced the original haunting title of “Verspätung” (Delay).
“Wo die schönen Trompeten blasen is a rather surreal narrative in which a single singer takes several parts. Mahler emphasizes delicate and unearthly tones in this song; even the “schönen Trompeten” play much of this movement with mutes, and when their mutes are not inserted Mahler asks them to play quietly throughout.
Mahler is thought to have composed “Urlicht” with a piano accompaniment in 1892, and then went on to produce an orchestration of it, which he completed on July 19, 1893. At that time he was busily engaged with his Second Symphony, for which he found himself drawing on material he had produced previously. “Urlicht” would end up as the fourth movement of the Symphony, and the composer later suggested that this decision was the impetus for orchestrating it.—James M. Keller and Michael Steinberg
San Francisco Symphony
Michael Tilson Thomas, conductor