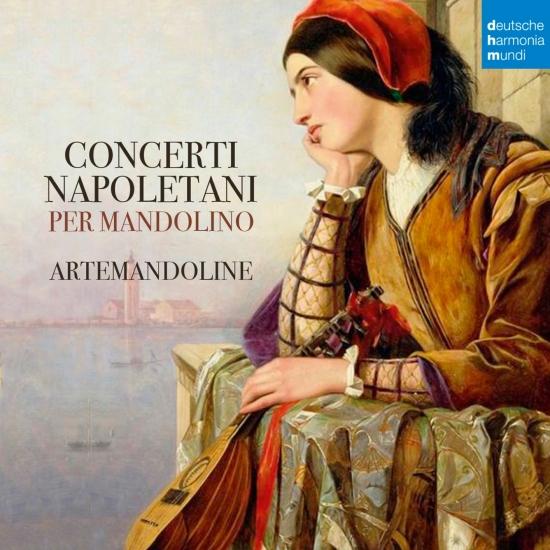 For their first album "Sospiri d'amanti" with Spanish soprano Nuria Rial the Early Music ensemble Artemandoline was highly praised: "Here the mandolins sing that it is a pleasure" (Opernwelt). With their second album they take their listeners on a musical journey to 18th century Naples. Whether in the opera house, in the theaters or conservatories - music was omnipresent in Naples. It played an important role in the numerous salons and palaces where the clergy, music lovers and patrons of the arts met. So it is not surprising that not only the famous opera style of the Neapolitan School, but also a "Neapolitan Mandolin School" with its own sound and specific techniques was developed. For the first time, the ensemble Artemandoline has recorded five Neapolitan concertos on original instruments as world premiere recording, showing unusual but highly interesting aspects of Italian instrumental music. These Baroque concertos by composers such as Giovanni Paisiello (1740-1816), Giuseppe Giuliano (18th century), Domenico Caudioso (18th century) and Carlo Cecere (1706-1761) fascinate with their harmonic twists, ornate details and their own great melodic ingenuity.
ArteMandoline Barockensemble
Juan Carlos Muñoz, mandolin
Mari Fe Pavón, mandolin
Alla Tolkacheva, mandolin 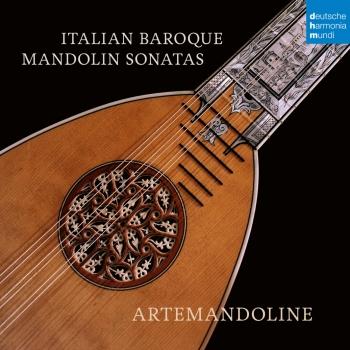 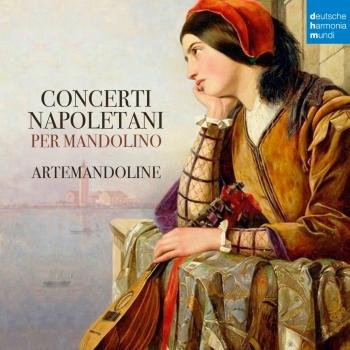 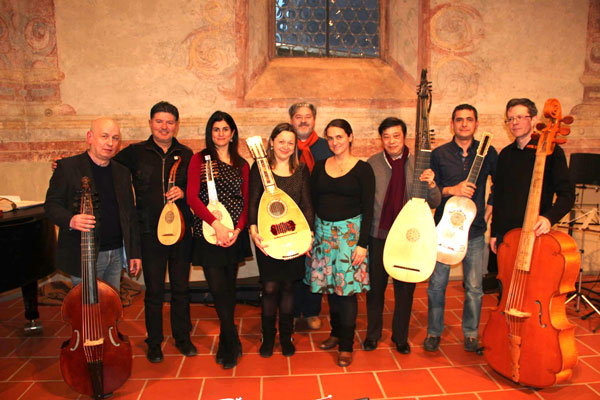 Artemandoline
With their ensemble Artemandoline, formed in 2001, Juan Carlos Muñoz and Mari Fe Pavón chose to go back to the original documents in order to the establish the true pedigree of this incomparable family of instruments. They have made a major contribution to launching a movement to encourage musical freshness and rigour. A better understanding of the compositions, closer study of the early treatises, the playing styles, the musical environment of the glorious era of the mandolin, leads to better appreciation of Baroque music, which itself became over time a mode of thought and action.
Searching for early mandolins, working on the manuscripts, hunting down early treatises, exploring the iconography: these are the means by which, for more than ten years now, the musicians of Artemandoline have sought to do fuller justice to the works of Scarlatti, Vivaldi, Weiss, and their contemporaries. The success of this approach based on a return to the sources, which constitutes the most important development in the history of the interpretation of ‘serious’ music in the course of the twentieth century, has been made possible by the cooperation of many protagonists – musicians, but also concert organisers, recording producers, publishers, musicologists, and instrument makers.
To ensure that music composed in the past does not sound like mere ‘early music’ in the present, the performers must manage to be sufficiently free, spontaneous, anticipative and astonished in their intimate act of creation and the newness it engenders. Juan Carlos Muñoz and Mari Fe Pavón spend their lives searching out and reviving forgotten masterpieces of the mandolin repertory. They are not content with simply presenting their finds like ‘musical archaeologists’, but endeavour to transmit them to the wider public by means of the essential act of communication between interpreters, composers, and listeners.
Very quickly awarded prizes by the critics and enthusiastically acclaimed by the public, Artemandoline’s performances always create new impulsions in the development of both the perception and the interpretation of the works of the seventeenth and eighteenth centuries. Its musicians dedicate their time and their talents to the revival of the mandolin on the musical scene, participating in the current expansion of interest in it all over the world through their conservatory teaching and masterclasses, their concerts, and their publications. Artemandoline is one of the pioneers in this domain, in which it has forged an international reputation.
In a few short years, the ensemble has found its style, proved its instrumental quality, and thereby constituted a veritable identity. Soon after its formation, it took its place among the foremost ensembles in the realm of historical performance practice on plucked strings. Audiences and critics alike were immediately filled with enthusiasm for its lively musical style.
The musicians who make up the ensemble play on period instruments: Baroque mandolins, Renaissance and Baroque guitar, Baroque mandola and mandolone, Renaissance lute, treble lutes, mandolins from Brescia and Cremona.
They are regularly invited to appear at early music festivals in France and abroad, including the Festival de Musique Ancienne du Marais, Festival du Périgord Vert, the « Tage Alter Musik Regensburg » in Germany ; « Early Music Day Alden-Biesen (Belgique) », Musique en Catalogne romane, Festival de l’Épine in France; Monza e Brianza, Gaudete Early Festival (Piedmont), and Castello Reale di Sarre (Aosta), all in Italy; Narol and Wroclaw in Poland; the Baroque Days at the Philharmonie in Luxembourg;; the Bach Chamber Days in Riga (Latvia); Festival Musique d’Ensemble à Pommiers, Oissery, Sedan, and other engagements in Spain, Japan, Switzerland, and Algeria.
The ensemble Artemandoline is in residence at the Romanesque church of Mont St Martin (Longwy, Meurthe-et-Moselle, France).