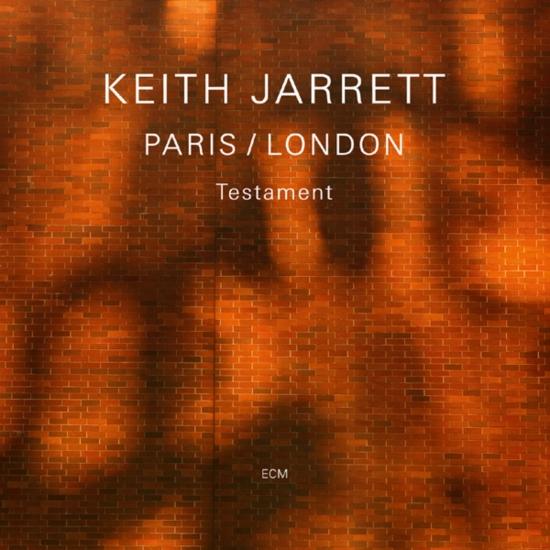 Testament - Paris / London is yet another high water mark for Jarrett, and all the more remarkable considering how many solo performances he's already released. We may never truly know why Jarrett chooses to release one concert over another, but as long as he continues to deliver performances this stellar, perhaps it's a question that really doesn't need to be answered. (allaboutjazz.com)
Jarrett’s solo concert tradition continues with two highly creative performances of recent vintage – from Paris’s Salle Pleyel on November 26, 2008, followed by London’s Royal Festival Hall on December 1. The English date was Jarrett’s first London solo concert in many years and, in the words of one reviewer, “triggered the sort of ecstasy that might greet a returning prophet”. As with “Radiance” and “The Carnegie Hall Concert”, the music covers a wide arc of expression, as “that old Jarrett magic forges majestically on” (The Guardian).