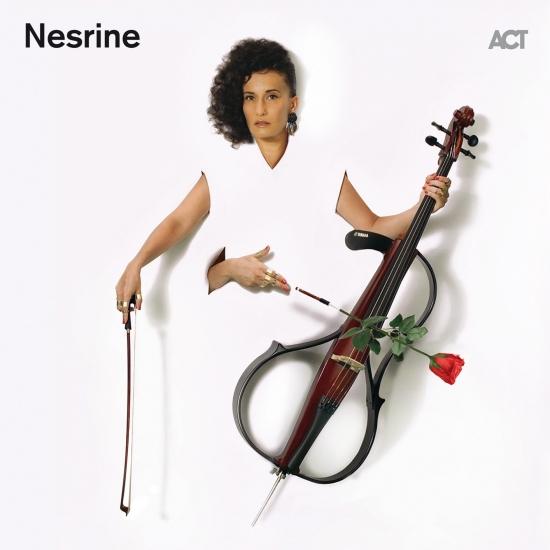 When the Franco-Algerian singer, cellist and songwriter Nesrine Belmokh and her trio NES appeared on the scene in 2018 they seemed to emerge from nowhere. Many parts of the music world in Europe were taken by surprise by her, and completely captivated as well. Now, for her second album named simply after her – "Nesrine" – she has re-invented herself. Nesrine's debut album "Ahlam" was received with tremendous and widespread enthusiasm. What commentators noticed was its sheer beauty, the unusual instrumentation of voice, cello and percussion, and also the way in which the Mediterranean region from North Africa to Southern Europe was brought to life and unified through music. The distinguished cellist Sol Gabetta called Nesrine "a wonderful singer and cellist". London’s Sunday Times described her as "an incandescent, multilingual talent, " and later went on to include “Ahlam” among the newspaper’s albums of the year. French producer and radio host André Manoukian was in raptures: "NES lets us hear the beauty of the world" and Deutschlandfunk stated simply that "NES’s time has come.” Several extensive tours throughout Europe followed, and NES beguiled audiences in major classical venues like the Philharmonie and the Konzerthaus in Berlin, made a very big impression at the Amsterdam Cello Biennale, and had major success at important jazz and world music festivals.
In the new album, Nesrine the solo artist gives us further glimpses of her personal and musical life story. She grew up in France as a child of Algerian parents. She learned classical cello, and was soon working with organisations such as Daniel Barenboim's West-Eastern Divan Orchestra and the Orchestra of the Opera in Valencia, conducted by Lorin Maazel, plus landing a solo role in one of the programmes of "Cirque du Soleil". But it is through the ingenious songs that she writes herself, in Arabic, French and English, that her dazzling artistic personality comes through. Nesrine’s musical world is without borders; the combination of cello with her powerful voice and the interaction of her North African roots with her European present are irresistible. There is an economy of expression here, and the poise and culture of classical music are juxtaposed with rhythms coming from both pop and jazz – it is a fascinating and constantly shifting blend.
For the new album Nesrine has teamed up with producer/guitarist Vincent Huma (Jorge Drexler, Miguel Bosé, Marlango) and sound engineer Fab Dupont (Shakira, Jennifer Lopez, Wynton Marsalis, David Crosby and many more). Together with NES percussionist David Gadea and guests, they have succeeded in creating a complex musical world of both acoustic and electronic sounds, and yet the naturalness, the simplicity and warmth of the debut album "Ahlam" have been retained, and also broadened by adding completely new influences. In theory this might sound as if the juxtaposing of different cultures and the crossing over between them will lead to overload, but for Nesrine we are dealing with things that are normal, even existential. Her music is a reflection about her generation for whom origins and stylistic boundaries define themselves through their interaction. This music functions and flows so naturally because the combining of cultures is never artificial. It results from the fact that the different elements are simply, logically and truly parts of the artistic essence of the artist herself, and of her personal history. To ask what this music is just has to be the wrong question. World music? Or global pop? Or fusion? The right question to ask is *who* it is. And the answer has a compelling simplicity about it: NESRINE.
Nesrine, vocals & cello
Vincent Huma, guitar
David Gadea, percussion
Swaéli Mbappe, bass & Moog bass
Manel & Imène Belmokh, background vocals
Leïla Guinoun, background vocals
Recorded at Jazztone studio, Papalacapa studio, Tigrus studio, November 2019 to February 2020
Mixed and mastered by Fab Dupont (Flux studio)
Produced and arranged by Vincent Huma & Nesrine 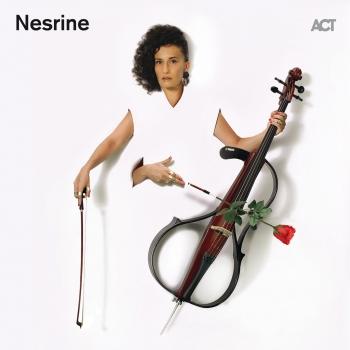 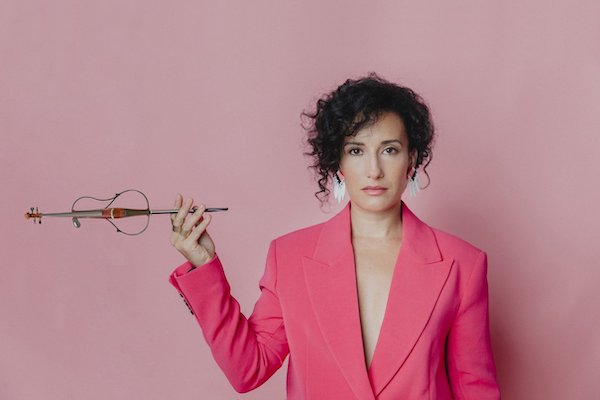