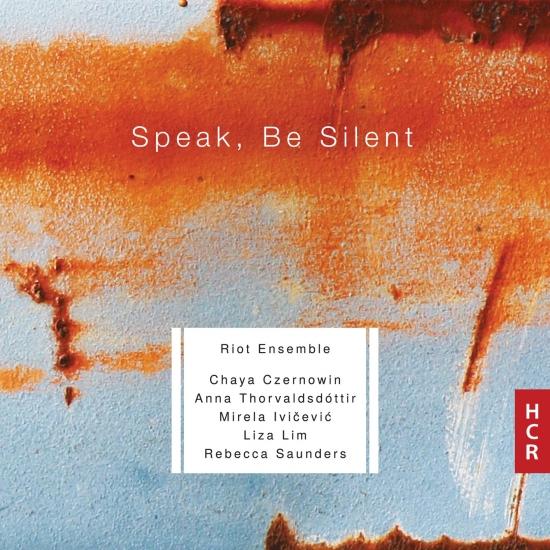 Info for Speak, Be Silent

London’s Riot Ensemble present works by four of the most important composers in contemporary music today—Chaya Czernowin, Liza Lim, Rebecca Saunders, and Anna Thorvaldsdóttir—alongside rising star Mirela Ivičević, who was commissioned as part of the ensemble’s 2017 Call for Scores. Four of the works are recorded here for the first time.
Inspired by the poetry of Jalaluddin Rumi, Liza Lim’s violin concerto Speak, Be Silent, featuring American violinist Sarah Saviet as soloist, explores ideas of union and connection, as well as the ecstasy that comes at moments of change or transition. The atmospheric Ró—the Icelandic word for serenity—by Anna Thorvaldsdóttir is a piece of quiet but threatening moods that eventually comes to convey a fragile sense of identity and wholeness. In stark contrast, Mirela Ivičević’s Baby Magnify/Lilith’s New Toy features the capricious demon and seductress Lilith experimenting her way through a series of alchemical transformations.
Raw sonic materials come to the fore once more in Chaya Czernowin’s Ayre ..., a study in forms of instrumental resistance, friction, and flow. Despite its title, it is not a song in any conventional sense but is instead a bare impression of musical line, extended, elongated, and unadorned. Finally, Rebecca Saunders’ Stirrings Still II continues a longstanding fascination with the writings of Samuel Beckett, sharing its title with Beckett’s final work of prose. Through its fragile and haunting soundworld, the piece’s brittle textures and distant keening explore minute musical activities on the edge of extinction.
Riot Ensemble is one of the UK’s most ambitious new music ensembles. With an Artistic Board of 20 members and a wide network of performers, curators, commissioners, and collaborators, Riot Ensemble are dedicated to creating and producing a diverse array of projects in the UK and Europe. They are particularly active in bringing emerging international voices into the British new-music scene, and since 2012 have given 184 world and UK premieres by composers from more than thirty countries. An annual call for scores has resulted in almost twenty commissions. Riot Ensemble has performed at hcmf// (UK), Dark Music Days (Iceland), Tampere Biennale (Finland), Nordic Music Days (Sweden), Spitalfields Music Festival (UK), and Música en Segura (Spain).
Riot Ensemble 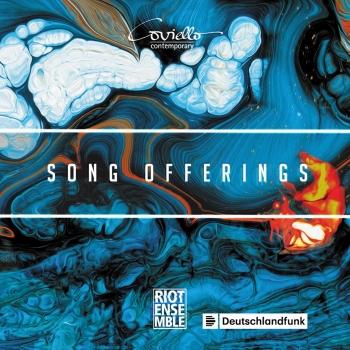 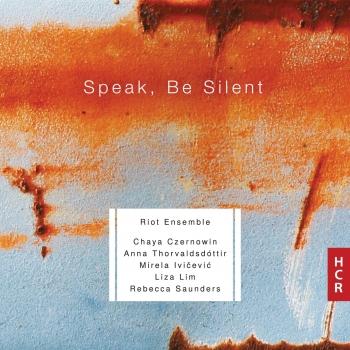 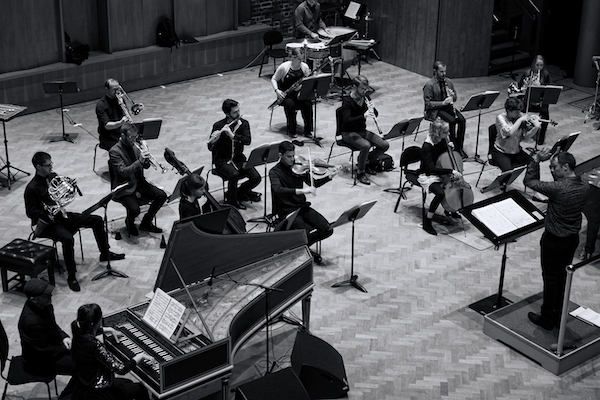 Riot
The long-lived New York-based heavy metal band Riot was formed in 1976 by guitarist/songwriter Mark Reale, who in time recruited vocalist Guy Speranza, guitarist L.A. Kouvaris, bassist Jimmy Iommi and drummer Peter Bitelli. After debuting in 1977 with Rock City, Kouvaris was replaced by guitarist Rick Ventura, and the group returned in 1979 with Narita; Iommi and Bitelli were the next to exit, and with the recruitment of bassist Kip Leming and drummer Sandy Slavin the classic Riot line-up was in place. Tours in support of AC/DC and Molly Hatchet followed before the release of 1981's Fire Down Under, considered by fans the band's creative peak; with the departure of frontman Speranza, however, Riot suffered a major blow from which they never fully recovered. New vocalist Rhett Forrester made his debut on 1982's Restless Breed, but after issuing Made in America a year later. Reale announced the band's dissolution; after forming a new group, the Mark Reale Project, he reformed Riot in late 1986 with vocalist Tony Moore, bassist Don VanStavern and drummer Bobby Jarzombek. The new line-up's comeback effort, Thundersteel, appeared in 1988, followed two years later by The Privilege of Power; after adding second guitarist Mike Flyntz and replacing VanStavern with bassist Pete Perez, the group toured the Far East, yielding the LP Riot in Japan Live !!! in 1992. After 1994's Nightbreaker, Jarzombek quit Riot, and was replaced by drummer John Macaluso for 1996's The Brethren of the Long House; Jarzombek returned to the fold to release Inishmore two years later, with Sons of Society following in 1999. (Jason Ankeny, All Music Guide)

Booklet for Speak, Be Silent